Aggression Between Cats in Your Household

Some cats just won’t give peace a chance. There are several reasons that cats might not get along. The most common is undersocialization—a lack of pleasant experiences with other cats early in life. If your cat grew up as the only cat, with little or no contact with other felines, he may react strongly when he’s finally introduced to another cat because he’s afraid of the unknown, he lacks feline social skills, and he dislikes the disruption to his routine and environment. Cats tend to prefer consistency over change. This is especially true if the change involves a newcomer to your cat’s well-established territory. Cats are a territorial species. While some cats overlap their territories a great deal, others prefer to keep a good distance from their neighbors. Two unrelated males or two unrelated females may have a particularly hard time sharing space. Another cause of strife may be a feline personality clash. Cats usually don’t get to pick their housemates, and sometimes we humans just don’t select the right match. In some cases, however, cats get along just fine until something scary or unpleasant (like fireworks or the odor of the veterinary clinic) becomes associated with the other cat. In other cases, relationships change as the cats mature. If one cat reaches the age of one to three years old and then trouble brews, social maturation may be a factor.

Any sudden change in your cat’s behavior could be an indication of an underlying medical condition. If you notice any unusual physical or behavioral symptoms, or if your cat stops eating, please see your veterinarian right away.

Other Types of Aggression to Consider

A female cat with a litter of kittens may hiss, growl, chase, swat or try to bite another cat who approaches, even one with whom she was formerly friendly. Maternal aggression usually subsides once the kittens are weaned. It’s a good idea to spay maternally aggressive cats to prevent future litters and future aggression problems.

It’s common for kittens and young cats to engage in rough, active play because all feline play consists of mock aggression. Cats stalk, chase, sneak, pounce, swat, kick, scratch, ambush, attack and bite each other—all in good fun. If they’re playing, it’s reciprocal. They change roles frequently. Their ears are typically forward in play, their claws may be out but they don’t cause damage, and their bodies lean forward not back.

Suggestions for Managing Your Cats

If Your Cats Still Can’t Get Along

Don’t hesitate to contact a Certified Applied Animal Behaviorist (CAAB or ACAAB) or a board-certified veterinary behaviorist (Dip ACVB) for guidance. One of these qualified experts can evaluate the problem and help you manage or resolve the conflict between your cats. To find a behaviorist in your area, please see our article, Finding Professional Behavior Help.

Some cats simply cannot live together peacefully. Since chronic stress and tension isn’t healthy for people or pets, rather than force them to suffer years of stressful coexistence, it may be more humane to keep them permanently separated in the house or find another home for one of them. 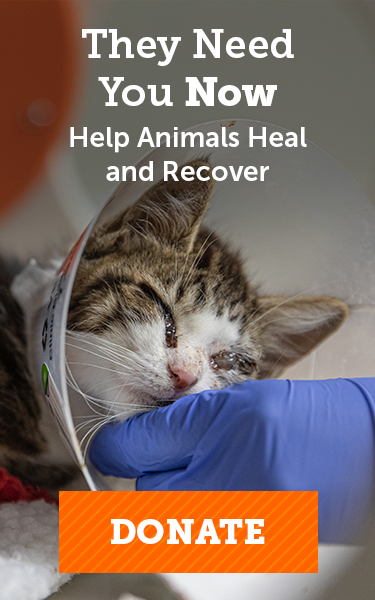