This week, the ASPCA honored 14 members of the New York City Police Department (NYPD), three prosecutors and one veterinarian for their tireless efforts to help animals in New York City through the NYPD/ASPCA Partnership. As we mark the conclusion of the fifth year of this important partnership, we also recognized two NYPD leaders—Captain Mark Gaudioso, Chief of Patrol’s Office, and Assistant Chief Jason Wilcox, Detective Bureau—among this year’s awardees for their support and hard work over the past half-decade. 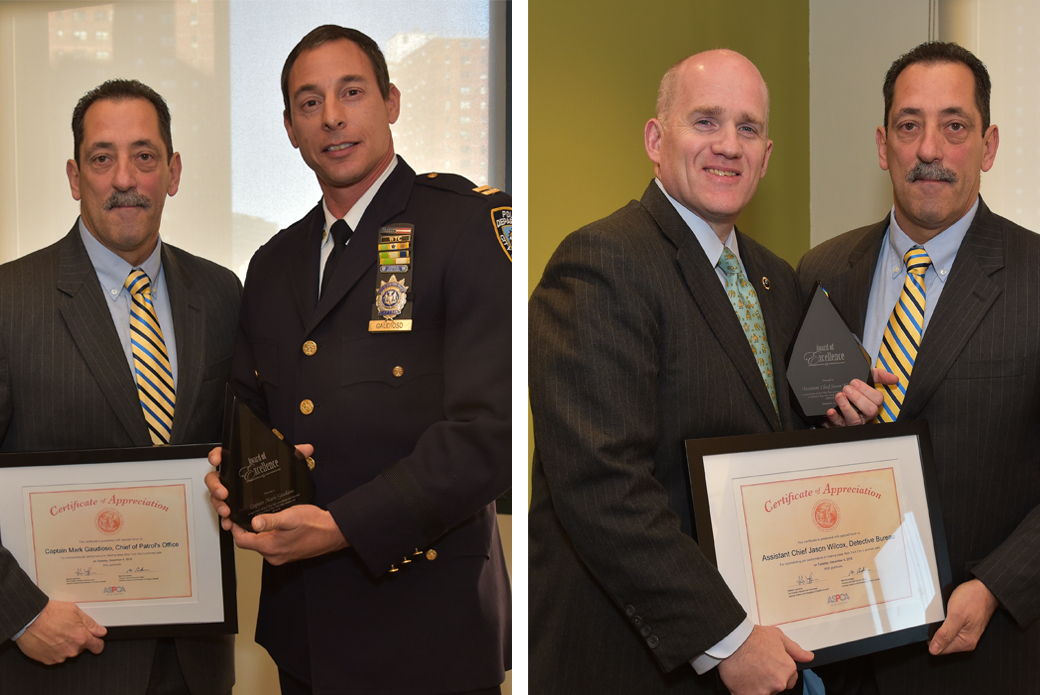 The honorees attended the annual celebratory luncheon held at the ASPCA Adoption Center and were given appreciation awards for their roles in preventing, investigating and prosecuting cases of animal cruelty and neglect in 2018 and providing critical care for victims—roles like that of Police Officer Alberto Guzman who helped rescue 33 Shih Tzus from deplorable conditions; Police Officers Lori Murray and Daniel Pardo, who, through quick thinking and excellent police, work rescued a local dog who was being threatened and held for ransom; or Assistant United States Attorneys Michael Longyear and Stephanie Lake, who prosecuted the first-ever federal dogfighting case to go to trial in the Southern District of New York, ultimately finding justice for 17 abused dogs.

In addition, this is the first year the ASPCA honored a veterinarian, Dr. Inbal Lavotshkin, from one of the eight 24-hour veterinary hospitals in NYC that partner with the ASPCA to provide critical care for animal cruelty victims during evening and overnight hours when the ASPCA Animal Hospital is closed. 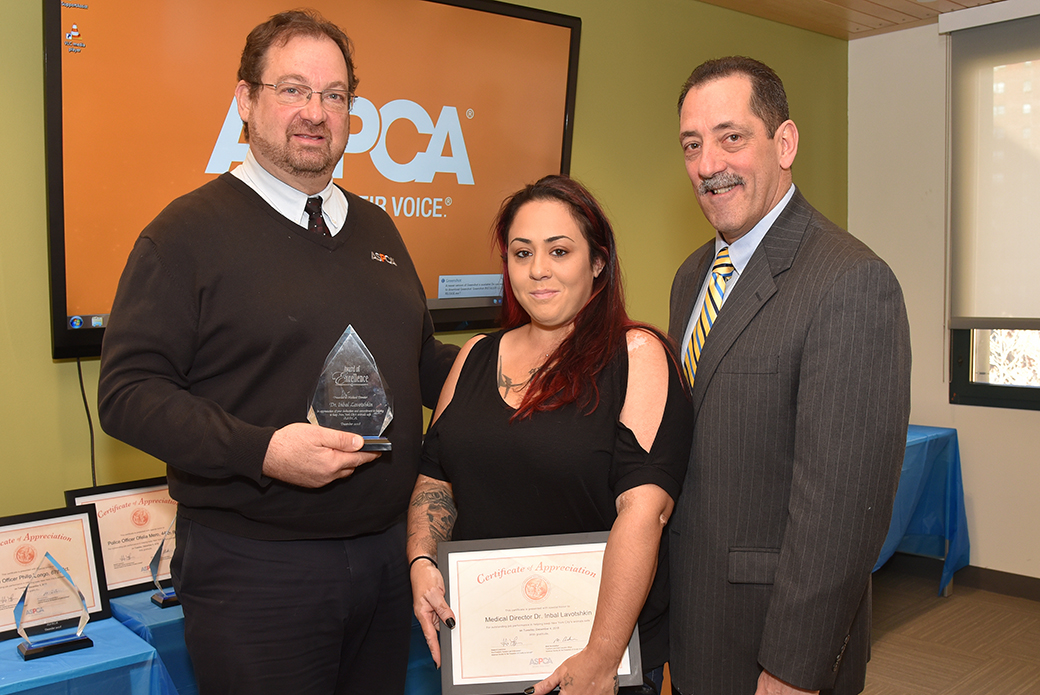 “The ASPCA is honored to reflect not only on the contributions of our partners this year but throughout the past five years of this lifesaving collaboration between the ASPCA and NYPD,” said Howard Lawrence, Vice President of ASPCA Humane Law Enforcement. “The ASPCA relies on dedicated professionals in the NYPD, prosecutors’ offices and the veterinary field, without whose contributions we could not continue our progress against animal cruelty in New York City.”

The above are just a few of the men and women we honored on Tuesday. Please join us in congratulating—and thanking—all of the honorees:

Launched in January 2014, the NYPD and ASPCA citywide partnership continues to have a considerable positive impact for New York City’s vulnerable animals. Since its launch, more than 3,200 animals have been treated through the partnership. We look forward to seeing continued success in helping rescue and protect those who need us most through our critical work with the NYPD.