On Tuesday, December 12, the ASPCA took time for a special celebration to honor 16 members of the New York City Police Department (NYPD), and one Assistant District Attorney for their tireless efforts in helping animals in New York City.

The annual luncheon, held at the ASPCA Adoption Center, celebrated our NYPD Partnership and recognized those who have played critical roles in preventing, investigating and prosecuting cases of animal cruelty and neglect in 2017—roles like that of Deputy Chief James Luongo, whose commitment to this partnership has elevated the issue of animal welfare for all members of the NYPD; Detective Walter Brant, who is an NYPD Community Affairs Officer and has consistently worked to engage the public with the ASPCA’s message through community events like National Night Out; Police Officer Danielle Venuto, whose work and dedication to animal welfare has extended to the rescue and successful placement of dozens of dogs; or Detectives Matthew Edelman and Jonathan Kalman, who saw a Facebook® video of animal cruelty and took immediate action that resulted in the arrest of a perpetrator and saved the life of a cat named Chester. 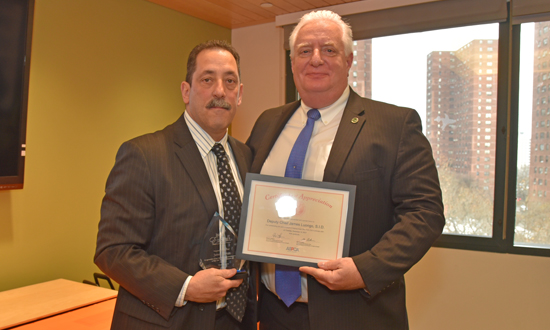 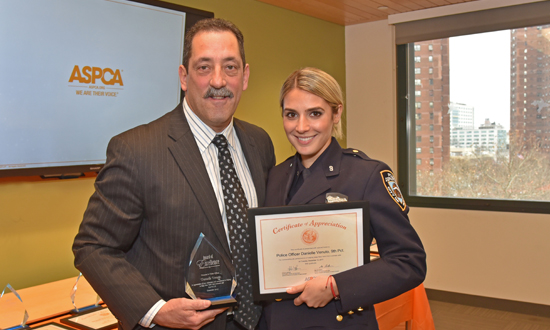 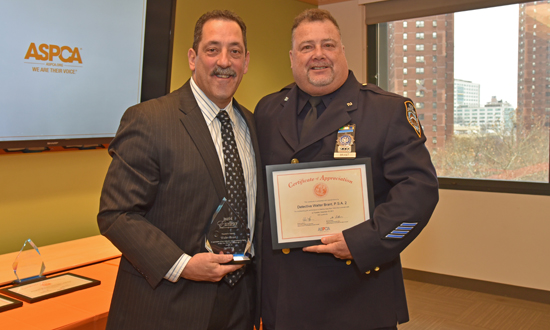 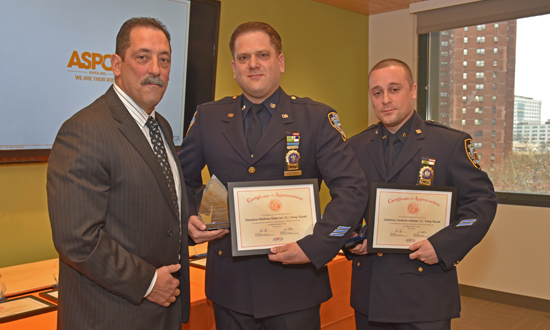 The above are just a few of the men and women we honored on Tuesday. Please join us in congratulating—and thanking—all of the honorees:

Launched in January 2014, the NYPD and ASPCA citywide partnership continues to have a considerable positive impact for New York City’s vulnerable animals. Since its launch, more than 2,500 animals have been treated through the partnership.