While the holiday season provides ample opportunities for gift-wrapping and giving, it can also pose hidden dangers for pets.

Chimi, a 9-month-old black cat, found this out the hard way when he swallowed nearly 16 inches of curly blue ribbon that was one-quarter inch wide. Luckily, a Good Samaritan spotted the young cat in the Bronx and brought him to the ASPCA Animal Hospital (AAH) on November 29.

When Chimi was found, several inches of ribbon protruded from the cat’s hind end, but because Chimi was a stray, we’ll never know the origin of the ribbon and how or when he ingested it.

At the AAH, Veterinary Intern Dr. Lauren Novak admitted Chimi, and she and Dr. Daniela Gilbert examined him before clipping a few inches off the end of the exposed ribbon to make sure he couldn’t access or pull on it. Dr. Gilbert then sent Chimi for an X-ray.

The above X-ray shows the length of the ribbon found inside Chimi at his time of intake.

“Sometimes string and other string-like objects can be connected or wrapped around something in the gastrointestinal tract and could damage the colon,” says Dr. Gilbert. “We advise against pulling on anything exposed from your pet’s body if it appears he or she has swallowed string or any foreign object. Take your animal to your vet immediately if that happens.”

Chimi’s abdominal X-ray revealed no obstructions, but veterinarians determined the best course of action for the next 24 hours would be fluids, stool softener and supportive care.  He was closely monitored overnight, and the next day, he passed the remainder of the ribbon.

“Had Chimi not passed the ribbon on his own, or if the X-ray had showed an obstruction, we would have surgically removed it,” Dr. Gilbert explains.

After also being treated for intestinal parasites and ear mites, Chimi was moved to the ASPCA Adoption Center. Dr. Felicia Magnaterra, a veterinarian in the Adoption Center, readied Chimi for adoption, providing him with vaccinations, de-wormer and flea preventative. She also continued to monitor him to make sure that he showed no further signs of gastrointestinal stress.

To no one’s surprise, Chimi did not stay in the Adoption Center for long. While he was still in the hospital, he had caught the eye of Animal Care Technician Mary Kizer, who made the adoption official on December 10.

“I liked his one white whisker, being he’s all black,” says Mary, who notes that Chimi was also quite playful, even after being catheterized—a testament to his good-humored personality. 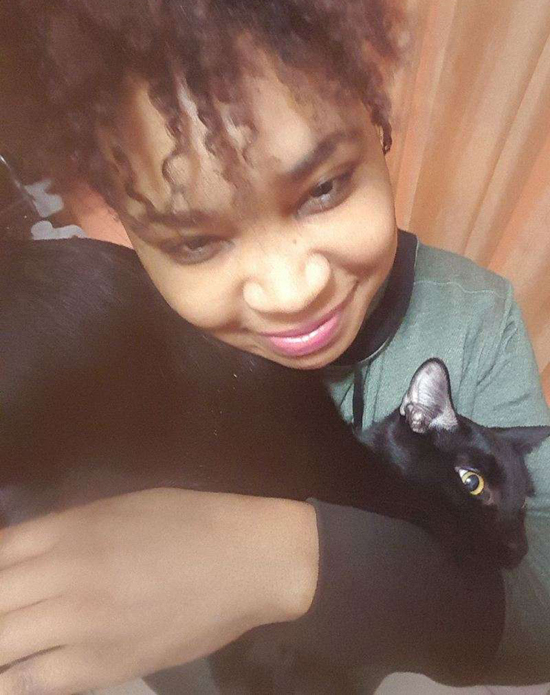 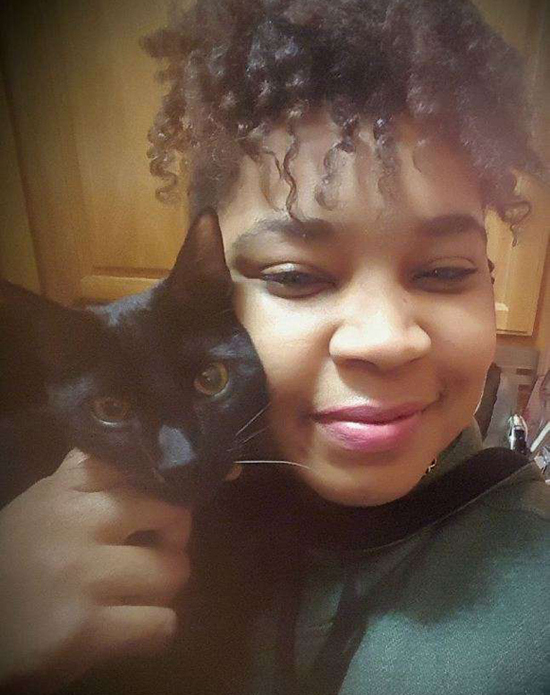 Chimi, now known as Blackson, is settling in at Mary’s Brooklyn home, along with her two cat-friendly dogs, Cinnamon, a Yorkie-Chihuahua-mix, and Rocky, a pit bull. “They’re taking their time, but it’s going really well,” says Mary. 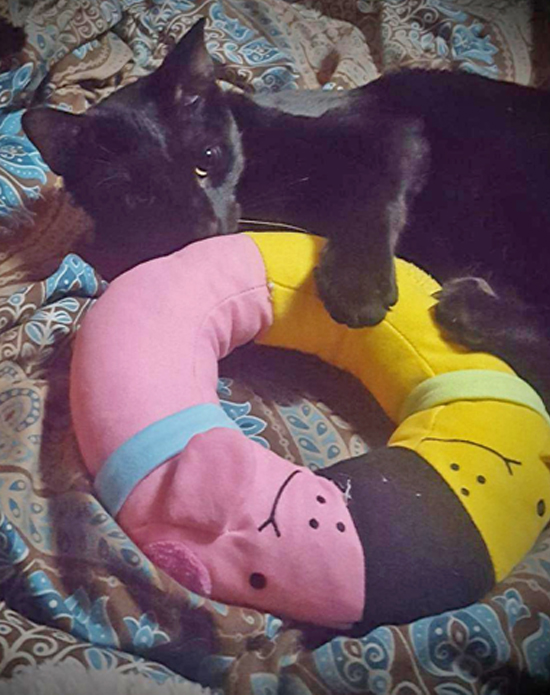 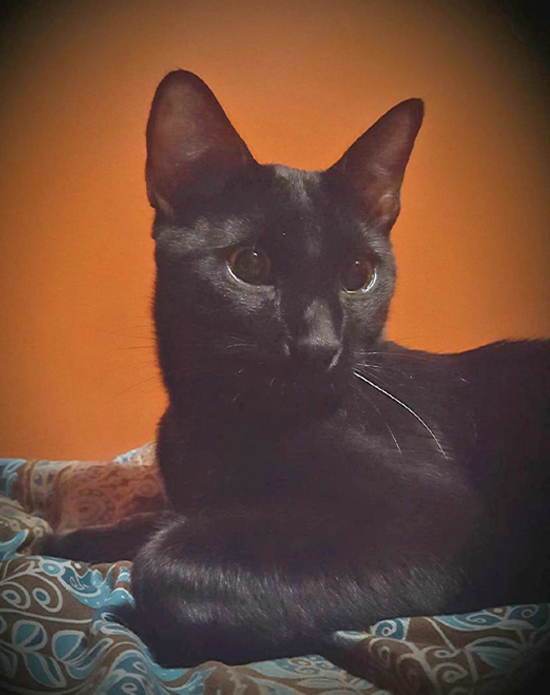 Chimi’s story is a reminder of how dangerous foreign objects and holiday decorations can be to curious pets. Ribbon, string, tinsel and shiny objects can pose serious danger, especially during the holidays when they are more prevalent.

In 2016, the AAH conducted surgery for 183 foreign body cases, many of them string and other string-like materials, which are commonly ingested by cats. The ASPCA’s Animal Poison Control Center (APCC) received 825 calls for cases of foreign body ingestion, which included string, that same year.

The best way to protect your pet from potential holiday-related dangers is to remain proactive, and make sure that toxic foods, plants and household products and objects are always kept up and safely out of paws’ reach. Also, use the following graphic to help ensure that you and your pets have a safe and holly, jolly holiday season!

If you suspect your pet has been exposed to any poisonous substances or ingested a foreign object, contact your veterinarian or call Animal Poison Control Center (APCC) at 888-426-4435 immediately.