Update: On September 24, 2021, the U.S. Department of Agriculture (USDA) filed an administrative complaint to revoke Daniel Gingerich’s license to operate his commercial breeding facility. This came after more than 100 recorded violations of the Animal Welfare Act (AWA) and multiple dogs dying under Gingerich’s watch.

Then, on September 27, 2021, the USDA filed a civil action suit [PDF] against Gingerich detailing the horrific treatment of dogs at his licensed operation. The suit claims Gingerich’s actions continue to put animals in serious danger and that he is in violation of the AWA.

Due to the severity and number of the violations, a federal judge in Iowa granted a temporary restraining order requiring Gingerich to inventory his animals and provide veterinary care examinations. The restraining order also stated that Gingerich is not allowed to transfer or dispose of animals without permission. However, the USDA has not sought to seize the hundreds of dogs still in his care, even though the dogs are at risk of continued suffering.

These photos, taken during USDA inspections, were included in the agency’s complaint.

This case is a stark example of both the cruelty taking place in commercial dog breeding facilities and the inability of the USDA–which is tasked with enforcing the Animal Welfare Act–to stop the abuse.

In honor of National Puppy Mill Awareness Day tomorrow, September 18, we are shining a light on an extremely alarming animal welfare crisis at a USDA-licensed dog breeding facility.

The property is located in Seymour, Iowa. According to an inspection report in July 2021, there were over 500 dogs on this property. Between March 2021 and July 2021, the U.S. Department of Agriculture (USDA) recorded over 100 violations of the Animal Welfare Act (AWA) at this facility. There were many serious and life-threatening conditions including severely matted dogs, emaciated dogs, dogs in heat distress, dogs with eye injuries, dogs without water, dogs housed outside without protection from rain and dead, decomposing dogs.

The USDA is responsible for licensing and overseeing commercial breeding operations, otherwise known as puppy mills. Yet when puppy mill operators break the law, the USDA chooses to let violations go unreported and unpunished. 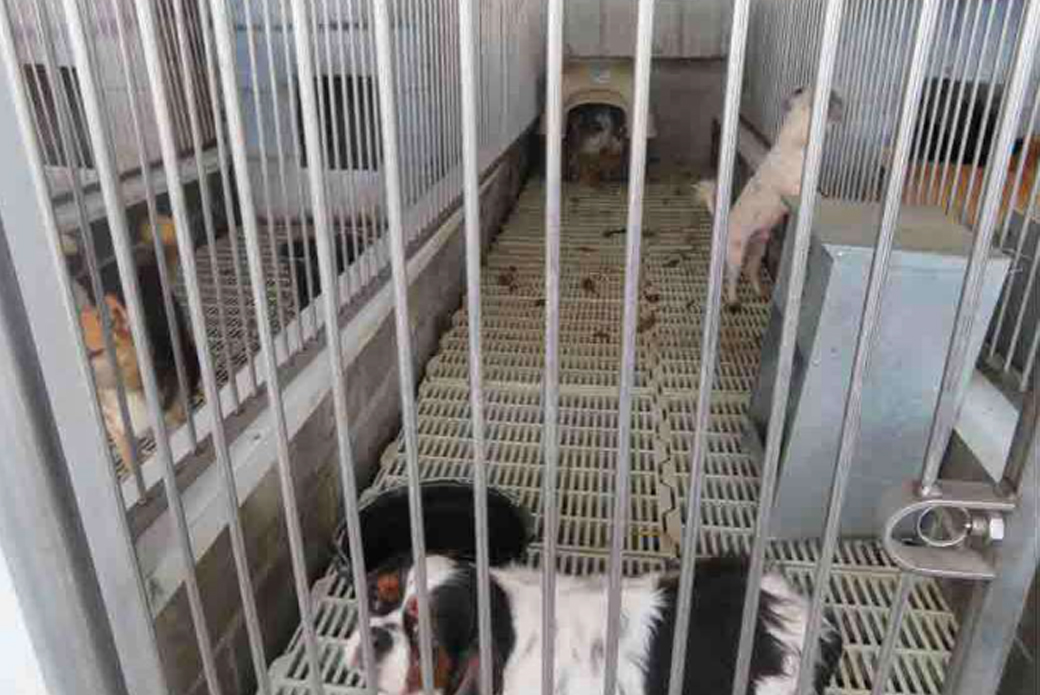 Finally, after our many inquiries as to why nothing had been done, knowledge of our lawsuit and a Freedom of Information (FOIA) request, on September 10, 2021, the USDA suspended this dog dealer’s license for 21 days.

Beyond this example, there is an ongoing pattern–the USDA fails to enforce the Animal Welfare Act, even when the conditions are extreme and dogs are dying.

The USDA needs to wake up and do its job. On this Puppy Mill Awareness Day, we invite you to join our Advocacy Brigade to get more information on what you can do to demand action.