How Fostering Made a Difference for One Special Needs Kitten

With his umbilical cord still attached and eyes not yet open, a tiny, orphaned kitten was relinquished by a Good Samaritan to Animal Care Centers (ACC) of New York City’s Manhattan location.

Just days old, the neonate was found as a stray at the start of kitten season in May, the time of year when thousands of homeless kittens flood animal shelters across the country. But his young age was only one of his vulnerabilities. The young, gray male had also been born with deformities in both of his front legs.

“Kittens, simply by virtue of their young age, have special needs,” says Delia Kurland, Senior Director of Operations for the ASPCA Adoption Center and Kitten Nursery. “But Houdini is a little more special.”

To prepare kittens like Houdini for adoption, the ASPCA relies on a network of foster caregivers.

“Fostering exposes these animals to the comforts of a home and allows them to develop strong bonds with humans,” says Eileen Hanavan, Director of Volunteer and Foster Engagement for the ASPCA. “We couldn’t do what we do without the support of our foster caregivers.”

Weighing just three and a half ounces when he arrived at the Kitten Nursery—roughly equivalent to the weight of three standard envelopes—Houdini’s transfer was the result of a partnership between the Nursery and the ACC’s New Hope Program, a community initiative aimed at finding homes for ACC animals, especially those requiring specialized medical care or behavior training.

“Our teams check in with each other every morning to see what kittens ACC has and what our Nursery has the capacity to accept,” explains Delia. “ACC sends us kittens of all ages, from zero to eight weeks, and with a wide variety of medical needs. Every day brings something different.” 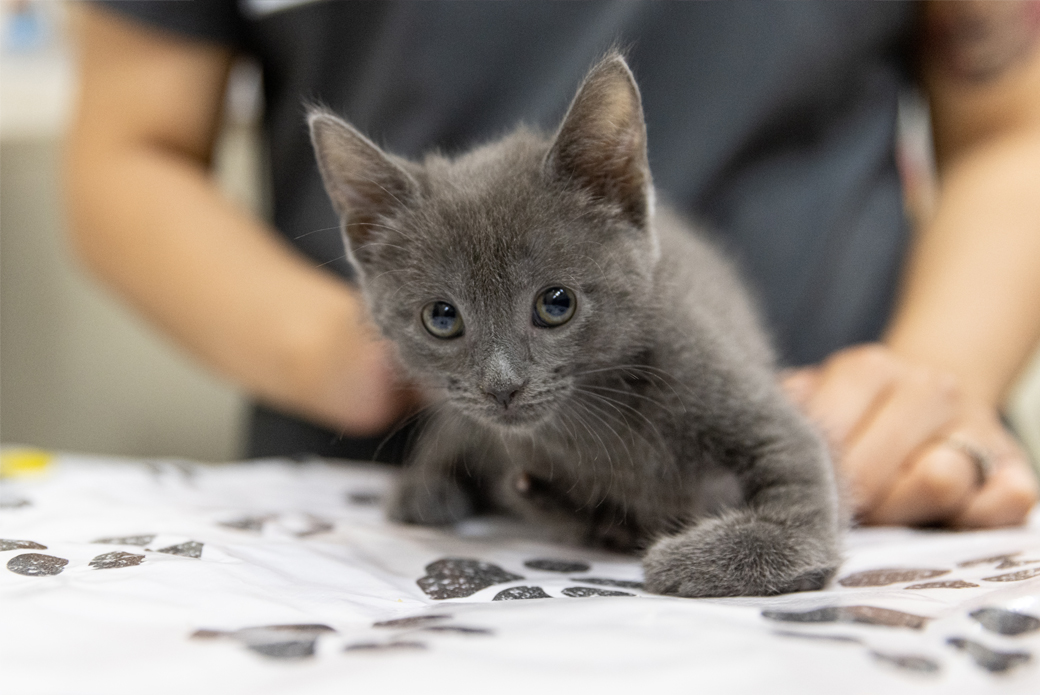 “While he could move all of his limbs and seemed to have good muscle tone, we waited until he was three to four weeks old to assess his mobility,” says Dr. Danielle Delfino, Manager of Veterinarians at the Adoption Center. “If he could support himself on both hind limbs and his left front limb, then we suspected he would have a good long-term quality of life.”

Though Heidi has a 14-year-old cat named Savvy—who likes to watch the kittens but doesn’t interact with them—and has fostered kittens for the last four years, this was her first time caring for a neonate.

“Since I’m working from home during the pandemic, I had the time,” says Heidi, an accountant who expects to return to her office at some point later in the year.

Every three hours for three weeks, Heidi bottle fed Houdini, as well as Escher, another kitten she took in later. She nursed Houdini through an upper respiratory infection and kept an eye on his front legs.

“He can use his left front limb for digging and walking, but the right limb looks like it’s split in two parts and growing in different directions,” Heidi explains. “He doesn’t seem to mind and has had no problems with the litterbox.”

Houdini’s eyes eventually opened. He put on weight. Heidi watched him eventually hop like a rabbit in her Brooklyn apartment.

“He kept up with Escher,” she says. “Though he’s slower at going up stairs, he made it up a few. He just didn’t take as many risks.”

“A Lifelong Lover of Kittens”

Though she’s never adopted one of her fosters—yet—Heidi is thrilled to see them mature.

“I just love kittens and always have,” says Heidi, who also cares for stray animals in her neighborhood. “I’ll take as many as they’ll give me.”

Heidi enjoys participating in Zoom calls where she meets potential adopters and introduces them to her kittens.

In a new approach the ASPCA put in place during COVID-19 pandemic, fostered kittens don’t have go back to the shelter to complete the adoption process. This minimizes transport stress for the pet and reduces the shelter’s workload.

After Escher and Houdini were neutered, other foster caregivers stepped in. Nina Dbouk, an ASPCA Matchmaker, is fostering Escher, and Rena Lafaille, Director of Admissions at the Adoption Center, is fostering Houdini. Both Nina and Rena can also act as adoption ambassadors to find homes for the kittens.

“Houdini’s gotten used to my toddler daughter, Céleste, and sits by her side when she plays with her toys and her building blocks,” says Rena, who has fostered many animals over the years. “He’s a touch of love.”

Houdini also gets along with Rena’s other cats, including Phoenix, a four-year-old who was also born with a congenital defect. 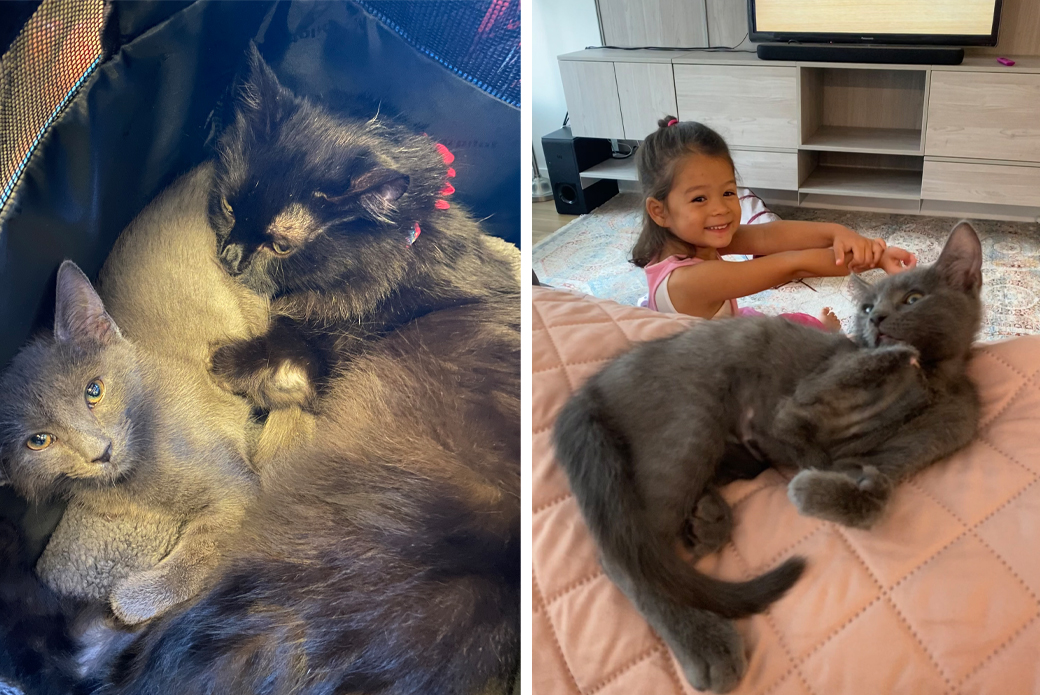 “Exposure to different people, pets and environments helps kittens acclimate much more quickly when they are finally adopted and go to a new home,” Rena says. “And those benefits extend into adulthood because they grow up to be much more well-rounded and socialized.”

“Fostering means that kittens have a better chance of living,” says Heidi. “And it’s nice to be a part of that.”

This week, August 16 through August 22, we recognize the first-ever National Foster Appreciation Week! Foster caregivers like Heidi make more second chances possible and help us give critical care to animals in need. We are so thankful to Heidi and all of our incredible, compassionate fosters.