How Foster Caregiver, Chynna, Became the Hero in This Abused Dog’s Story

Culkin, a seven-year-old pit bull, knew what it meant to be sad, so when his foster mom of only a few hours was crying while attending a virtual funeral, he ran over and licked her tears away.

In our line of work, we’ve seen animals who have endured horrific things, and Culkin’s story is no exception. In his former home, Culkin was neglected and found with injuries consistent with sharp force trauma. Despite his abuse, Culkin maintained a sweet and loving disposition. In a heartbreaking and stomach-turning video recovered by the NYPD, Culkin is seen bleeding from his injuries, yet he still sits and waits outside the front door, waiting to be let back in.

Fortunately, Culkin was removed from the home by the NYPD and brought to one of our partner shelters for immediate medical attention. Here they stitched up his “curved laceration-type wounds” on his right front paw. 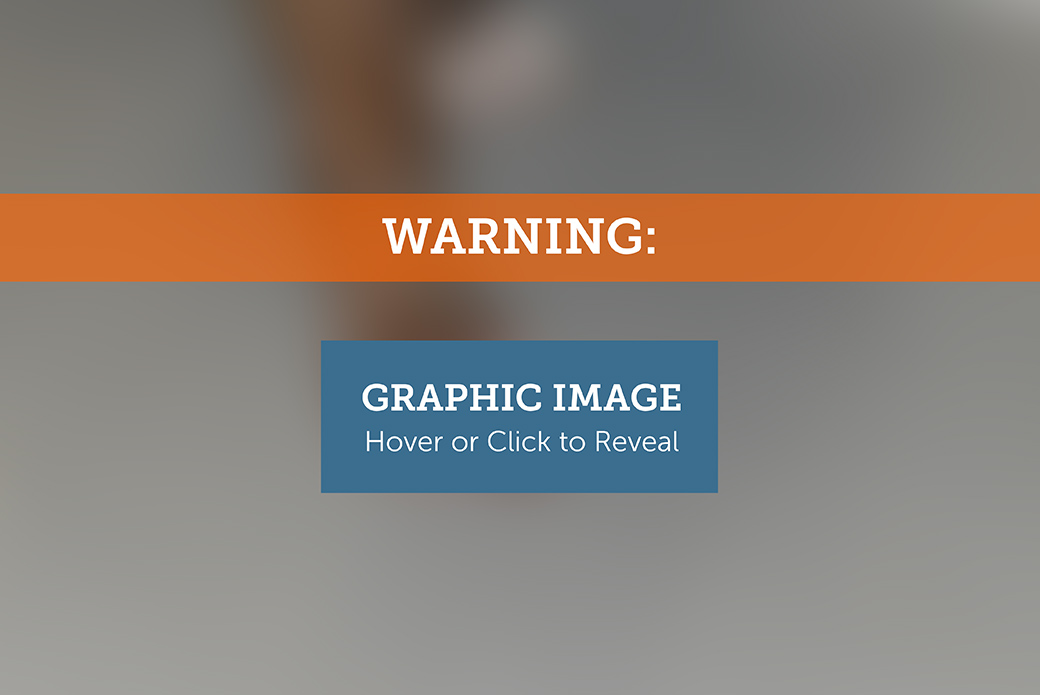 Shortly after, Culkin was transported to the ASPCA Animal Recovery Center (ARC) where we continued to treat his wounds and found he had a few chronic conditions that unfortunately, had been left untreated by his former owner.

“He had a significant ear infection in his right ear that had led him to developing an aural hematoma—a condition where blood pools between the two layers of cartilage in an animal with a chronic ear infection as a result of head shaking,” explains Dr. Aubrey Crowley, Medical Supervisor at ARC. “He also had some diffused mild skin disease, moderate dental disease and a small mass on his hind right leg.”

It was clear Culkin had been mistreated in the past, so our expert staff set out to give Culkin the care, love and support he never had, but always needed.

Dr. Crowley and her team treated Culkin’s ear infection, neutered him and performed a dental procedure for his dental disease. His mass was also analyzed and found to be a benign growth that resolves on its own.

“Culkin was nervous during treatment, but tolerated everything,” explains Dr. Crowley.

“Also,” she adds, “We named him Culkin because it was December and I had just watched Home Alone!”

While recovering from his physical wounds, the staff at ARC continued to care for Culkin by keeping him rested and providing pain medication and antibiotics. They also took him on slow leash walks but limited his amount of activity until he was healthy.

Though his medical care was being tended to, Culkin had some other issues he had to work through.

“Culkin was extremely stressed in the shelter and was walked solely by the Behavior team for a time due to extreme reluctance to return to his kennel,” explains Brittani Hrehorovich, Behavior Specialist at ARC and the Canine Annex for Recovery and Enrichment (CARE). “He was friendly with people and dogs but growled from inside his kennel at someone on at least one occasion, likely due to kennel stress.”

In order to help Culkin with his kennel stress, the Behavior team worked on building positive associations with his kennel by desensitizing thresholds and offering extra in-kennel enrichment. In other words, the staff showed Culkin that being in the kennel could bring good things like treats and toys.

In addition, the Behavior team provided extra out-of-kennel time by bringing Culkin to their offices to decompress while they did administrative work. He was also brought to playgroups to spend extra time out of his kennel, though he mainly just co-existed with the other dogs, he didn’t play.

After weeks of working with the Behavior team, Culkin was ready to go to a foster home, where he could experience the joys of living in a loving home in preparation for his adoptive home. Before he left our care, we did a final behavior summary; his results read as such.

“Culkin is a chill dog. He is affectionate with people he knows and warms up quickly to new people. He likes to lay on his bed and chew on rawhide and enjoys being petted. He is walked outside by all staff without any issue.”

Thanks to the hard work of the Behavior and medical teams, Culkin was a whole new dog by the time he met his new foster caregiver, Chynna L.

Chynna had lived in Dublin, Ireland, for a few years. While there, she learned about fostering animals.

“I’ve always loved animals and wanted one, but never had the time or money to feel like I could have a pet and give them the happiest life possible, so I was excited when I learned about fostering animals and fostered a cat through the DSPCA,” explains Chynna. “When I moved back from Dublin, I knew I wanted to continue fostering, so I looked into various shelters around here and came upon the ASPCA, which I was drawn to immediately. Culkin was actually my first foster dog as an ASPCA foster!”

When Chynna brought Culkin to her home, which she shares with her roommate, he adjusted very quickly.

“Culkin loves everyone in this household so much that for the first several days, he struggled to figure out where the best spot for him to sit was so that he could be with both of us and would constantly run between our rooms,” remembers Chynna.

He started off by sleeping on the floor at the foot of Chynna’s bed. He—very quickly—decided he was done with the floor and moved up to the bed, but still remained at the foot. Soon enough, Culkin was sleeping face-to-face with Chynna with his head on the pillow just like a human.

“Clearly, I Was Wrong”

Chynna hadn’t planned on fostering a large, older dog, she was simply looking for a dog that would fit well into her household.

“That being said,” says Chynna, “part of the reason why I chose to foster Culkin was because he was larger and a senior dog. I thought that those two things would dissuade me from wanting to adopt him. Clearly, I was wrong.”

It took a little less than one month for Chynna to make the choice to adopt Culkin.

“The decision to adopt Culkin was one of the toughest decisions of my life,” explains Chynna. “For weeks, I went back and forth, changing my mind every hour and annoying every single person in my life with questions. I knew I wanted to adopt him and was ready for a huge lifestyle change but was unsure whether I could give him the best life possible. I just wanted him to be as happy as possible, whether that was with me or not.”

“My indecisiveness about adopting him was never about who he was, but about my personal situation,” she continues. “By the time the ASPCA needed a final answer before he was available to the public for adoption, I was still unsure but knew I could physically do it, so I took a huge leap and said yes. Though it was a last-minute decision, I feel like I—and everyone else in my life—knew deep down from the first day he came home that I would end up adopting him. It's hard to give specific characteristics about him that made me know he was the one for me, there's just something in his eyes that gets me every time.”

By fostering—and adopting—Culkin, Chynna became the rightful hero in Culkin’s story and changed his entire world for the better by doing so. Though, if you ask Chynna, she’s the lucky one.

“Culkin is the best thing to ever happen to me,” she says. “He's my first dog and so this is all incredibly new to me and very much a learning process. My entire life has changed. I have depression and anxiety and having him in my life has helped me so much in that regard—I just feel physically happier and calmer when he’s around. I’ve also gotten into a routine now in accordance with his walking and eating schedule and he has turned me into a morning person—albeit begrudgingly.”

“I will say it all hasn't been easy, but it has been worth it tenfold,” she continues. “Luckily, I work from home most of the time and so he and I get to spend largely all day together, with him sitting next to my desk sleeping while I work. He also largely refuses to leave my side, even sitting outside my bathroom waiting for me to get out of the shower.”

This year, for National Animal Foster Appreciation Week, we’re asking our supporters to be the heroes in other animal’s stories, like Chynna, and open their homes to temporarily foster a pet.

“If you're on the fence about adopting a dog, fostering is a great way to have a trial run while also helping,” explains Chynna. “I can't speak on Culkin’s behalf but based on how much we spoil him with treats and love, I would hope he's happy here and hope he knows how much he has positively impacted my life—not to mention that of my friends and family—in the few months he has been here.”

To mark leaving his old life behind and embarking on a new happier and healthier journey, Chynna changed Culkin’s name to Mac.

“Knowing that I was able to give Mac a much better life than the one he had before me is one of the most satisfying and proudest feelings I have ever felt and seeing his wounds, physical and emotional, heal after coming into my care is, selfishly, my greatest achievement in life.”

Mac and Chynna’s new life together doesn’t just impact them, it reminds our staff why they do what they do each and every day.

“Foster fails are the best,” says Brittani. “It’s kind enough to open your home to an animal in need but knowing that Culkin and his foster bonded so deeply that she couldn’t part with him, and decided to adopt him, is the best possible outcome. It’s always our goal to place our animals in loving homes and hearing such a wonderful success story really helps push us forward in our work. We are so happy for him and his adopter! Happy life, Culkin, you deserve this!”

You can become the hero in an animal’s story by signing up to become an ASPCA foster caregiver in New York City, Los Angeles, Asheville, North Carolina or Columbus, Ohio. If you live outside of these areas, you can still have your superhero ending by signing up to foster for your local shelter. 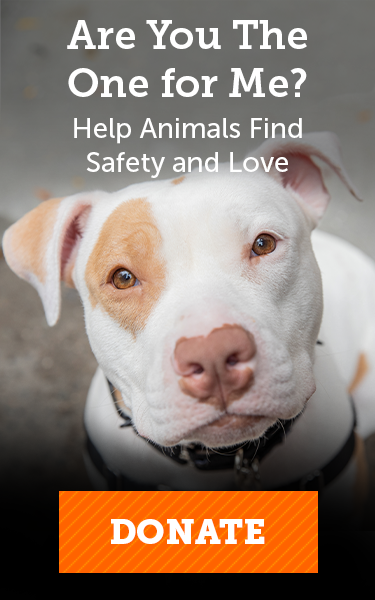