Happy Endings for a Trio of Neglected Shar-Peis

Rocket in his new home.

Animals predisposed to genetic problems often have inherent health challenges. For three Shar-Peis treated at the ASPCA during the COVID-19 pandemic, severe neglect by their former owner only exacerbated their existing genetic issues.

The ASPCA was contacted by Animal Care Centers (ACC) of NYC about two of their animals in February 2020, after they were relinquished by their previous owner. ACC flagged the case for the NYPD to investigate and the dogs were transported to the ASPCA. After being contacted by Lisa Kisiel, a Manager on the ASPCA Community Engagement (CE) team, the owner surrendered a third dog to the us who needed medical attention.

The three Shar-Peis all suffered from severe skin allergies and ear and skin infections common to the breed, but were also profoundly weak, dehydrated, emaciated and showed signs of malnutrition. The dogs also had eye ailments and dental disease.

“They’d lost most of their body fat and a substantial amount of muscle,” says Dr. Robert Reisman, ASPCA Forensic Sciences Supervisor. “They had transitioned into a survival metabolism because they were not adequately fed. Aside from using fat, their bodies also used muscle for energy. Muscle is meant to support the skeleton—it’s not meant for nutrition.” 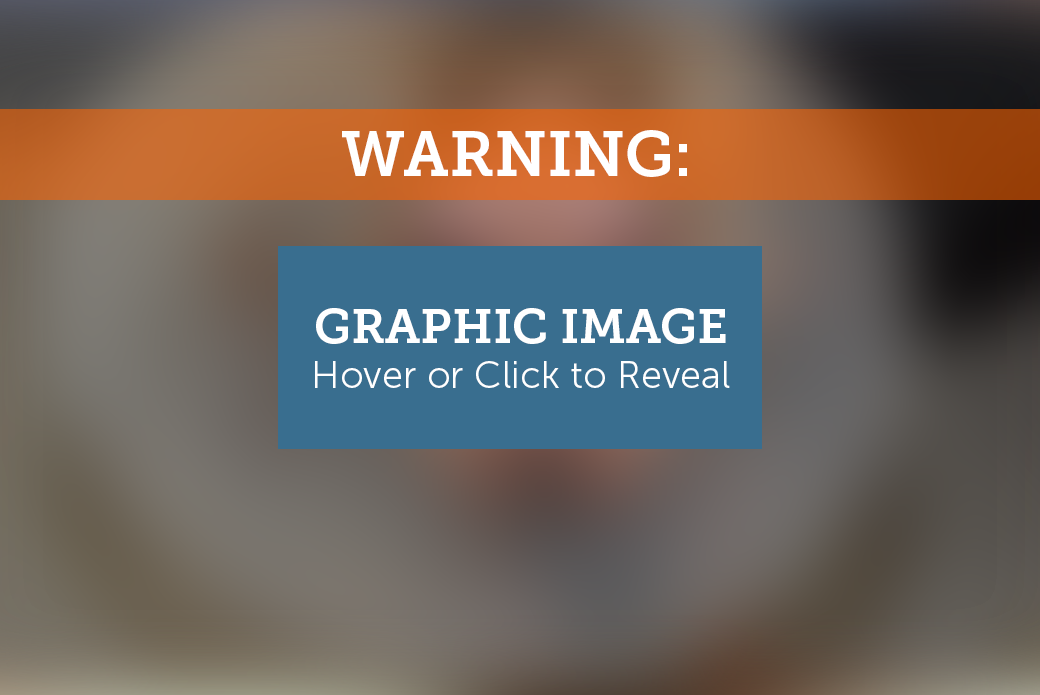 Fiesta upon his arrival to the ASPCA

Mercury upon his arrival at the ASPCA.

“They were medically compromised,” agrees Kris Lindsay, Senior Director of the ASPCA Animal Recovery Center (ARC) and Canine Annex for Rehabilitation and Enrichment (CARE). “They had dirty coats and had a foul odor. They appeared dull and depressed and moved slowly—their heads hung low—you could tell they felt terrible.”

The three male dogs—Rocket, seven; Mercury, 10; and Fiesta, 10—each had very wrinkled skin common to Shar-Peis. While their exact origin is not known, they may have come from puppy mills.

“Dogs like these are often attractive to people because of their unusual appearances,” says Dr. Reisman. “But those characteristics require a lot of care and attention.”

The dogs’ exaggerated wrinkling, another physical attribute of Shar-Peis, can cause entropion, an abnormality whereby the upper and lower eyelids of both eyes roll inward causing irritation to the corneas. Mercury and Rocket’s entropion issues were corrected with surgery, but Fiesta had already developed painful glaucoma and was blind.

Left to right: Fiesta, Mercury, and Rocket during various stages of care.

“If you want a purebred dog with certain characteristics, educate yourself as to what problems they may have and visit a reputable breeder,” says Dr. Reisman. “Otherwise you could get an animal with a variety of serious medical problems.”

Life in a Puppy Mill

“Dogs kept in commercial facilities—known as puppy mills—have one job: to make puppies,” says Jennie Lintz, Director of Puppy Mill Initiatives for the ASPCA. “They are not usually treated as pets. Many commercial breeders want to maximize profit by producing the highest number of puppies at the lowest possible cost. This means dogs live in small, cramped and dirty conditions.”

“Puppy mills are notorious for sacrificing animal welfare for quick profit,” Jennie adds. “We have seen pet shops often falsely advertise puppies as healthy and from ‘responsible breeders,’ when they likely know this isn’t true.”

Puppies sold in stores and online can also be taken from their mothers too early and too abruptly, which can lead to a host of problems.

“Quantity, not quality, is the focus,” says Jennie. “Such dogs can continue to suffer the consequences for the rest of their lives.”

The ASPCA Government Relations team, which works on puppy mill legislation on both state and federal levels, supports legislation to shut down the flow of cruelly bred puppies into New York State. First introduced in 2019, the New York Puppy Mill Pipeline Bill was passed by the NYS Assembly and Senate Agriculture Committees earlier this week. If passed by the full legislature, it would end the sale of dogs, cats, and rabbits in retail pet stores, thereby interrupting the supply pipeline that traffics puppies from mills to storefronts.

“Responsible breeders do not sell their dogs through pet stores or brokers,” says Jennie. “They want to be sure that the dogs are going to a good home, and they want to meet the purchaser.”

Upon arrival at the ASPCA, Rocket and Mercury were so weak from malnutrition they could barely walk.

“Malnutrition will compromise skin, fur and other organs and body systems,” says Dr. Reisman. “If animals are already predisposed to problems and you don’t provide them with proper nutrition, that just makes everything worse.”

Rocket upon his arrival at the ASPCA.

“We knew their medical issues would take time to treat, and then the dogs would go to foster homes, so I wanted to get a head start,” says Brian, who finds placement for recovered animal cruelty victims, treated by the ASPCA.

Fiesta, left, in her new home with her helper dog, another Shar-Pei.

Mercury, above right and below, was adopted by a family with both dog and cat companions.

Brian reached out to a Shar-Pei rescue group who put him in touch with a veterinarian with expertise in treating Shar-Peis. In May of 2020, he found adopters for Fiesta and Mercury. Fiesta was adopted by a woman in Woodbury, New Jersey, who once had a blind Shar-Pei and currently has a Shar-Pei who serves as a helper dog for Fiesta.  Mercury was adopted by a woman in West Milford, New Jersey with friendly dog and cat companions ready to accept a new housemate.

While Shar-Peis are predisposed to skin diseases and allergies, they’re also prone to gastro-intestinal issues and inflammation. Rocket, the sickliest of the trio, suffered from chronic diarrhea when he arrived.

Dr. Lesnikowski prescribed a special diet and supplements to firm up Rocket’s stool.

“The severity of his case showed us from medical perspective that his issues weren’t effectively addressed by his former owner,” she says. “If they don’t have good care from the beginning, it’s hard to get them under control again.”

Once Rocket was doing better, he was transferred to CARE, where Dr. Melissa Toulouse continued his treatment.

“He had lots of things going on at the same time,” says Dr. Toulouse.

Dr. Abraham saw Rocket to evaluate his skin and ears. After Rocket’s ears were treated with oral antibiotics, oral steroids and medicated ear drops—all to no avail—Dr. Abraham recommended surgery to remove his ear canals.

The X-ray’s yellow areas show how Rocket’s ear canals were blocked. They were surgically removed, improving his quality of life.

After his surgery, Rocket’s skin infections cleared up with medication. To treat his food allergies, veterinarians ultimately found a diet that cleared up his diarrhea and stopped him from licking his paws.

“Even when his ears were so painful, Rocket was such a sweetheart,” says Dr. Abraham. “I remember that the most.”

Rocket was taken in by a compassionate foster caregiver named Stephanie Y. on July 5.  “I just wanted to help out during the pandemic,” says Stephanie, who had fostered another dog, Bella, in 2020 as well.  “He definitely helped me adjust to quarantine.”

Stephanie, who works in finance and now works from home, says, “After a long day at work and when the markets were going crazy, he got me out of the house and pushed me to keep active.”

Stephanie, who didn’t see Rocket until the day she picked him up, recalls Rocket’s many challenges.

Above and below: Rocket at home.

“He went back to the ASPCA for multiple rechecks and procedures, as well as a dental. But living just two blocks from the ASPCA made it so seamless.”

“I grew so attached to him,” she says. “He’s such a good dog; he doesn’t need much looking after, and he gets along with my Basenji, Gizmo. It’s endearing to see them interact.”

While Rocket does not hear well, he is a popular figure at nearby parks.

“We constantly get stopped,” she says. “He’s the mayor of the neighborhood.”

On January 27, 2021, after fostering Rocket for seven months, Stephanie formally adopted him.

“After all that, I couldn’t let him go,” she says. “I finally cut the ASPCA tag off his collar.”

Reflecting on Rocket, Fiesta and Mercury’s cases, Kris Lindsay states, “They’re different dogs today. They suffered from long-term medical issues, but we were able to get them healthy again and find them great homes.”

But not all dogs are as lucky.

“So much selective breeding to get these dogs to look like they do that we end up with issues we didn’t expect,” says Dr. Toulouse.

“They’re a cautionary tale,” says Dr. Reisman. “Know the breed before you decide to take a dog in as a family member. Some require more effort than others.”

National Animal Advocacy Day is April 30. Even if you’re not actively seeking a new dog, you can help create meaningful change for animals by standing up for dogs that are suffering. Here’s how you can take action.