After over two years of fighting on behalf of more than 300 neglected animals, the ASPCA has helped bring former animal shelter director, Bobbie Taylor, to justice.

The case began in June 2015, when the ASPCA assisted in the rescue of approximately 300 animals from a substandard animal shelter in Moulton, Alabama, where Taylor served as director. The dogs and cats were found living in filthy, deplorable conditions—some of the animals were in small wire crates, while others were crowded into enclosures, competing for space and food. Many animals appeared to be emaciated, and suffering from medical issues like parvovirus, distemper and untreated wounds.

Baxter was one of the over 300 neglected animals rescued from the Alabama property in 2015. When found, he was barely breathing.

It was heartbreaking to see the community’s animals subject to such suffering and neglect.

The animals were removed and taken to a temporary shelter established by the ASPCA, where they received immediate treatment and continued care. The ASPCA then held an adoption event, and worked with trusted partner shelters to find homes for these animals and give them second chances as family pets. 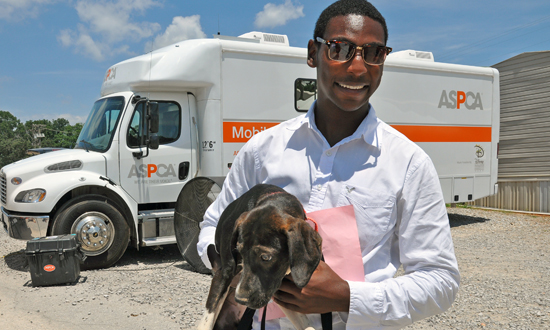 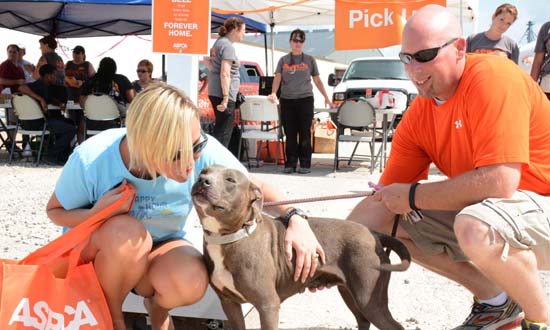 Left: Howdy, a hound-mix, was adopted by Gabriel G., who described adopting the young dog as "a privilege.” Right: Tara, a pit bull, was adopted by Karen and Rodney R. who took her home to a big, loving family of four children and two resident pit bulls.

Now, Taylor has been found guilty on six counts of second-degree animal cruelty. It is a win for the animals she allowed to suffer under her watch, and a lesson for all that animal cruelty cannot go unpunished.

Taylor’s sentencing is set for May, and each count can see a maximum sentence of up to 12 months in jail.

Rescue is only one part of an animal cruelty case such as this. The ASPCA assists with forensic evidence collection and processing to help build a case for animals who can’t speak of the abuse they’ve endured. We also provide assistance with legal counsel and testimony in court to give animal victims their best chance at finding justice.

Animal cruelty cases are complex and, like this one, can take years to conclude. We currently have hundreds of animals in our care who are part of open cases, and we will continue to care for them as long as we’re needed. Your support can help animal cruelty victims and the other animals we serve through our life-saving programs. Please give today and make a difference in animals’ lives.