In September, when Juan H.’s COVID-19 mask tore after daily wear-and-tear, he asked a friend to stitch it back together with a needle and thread.

A few days later, Juan, who lives in the Allerton neighborhood of the Bronx, noticed that his six-year-old cat, Hurrem, was not her normal self.

“Usually, she greets me at the door, swirls in and out of my ankles and rolls around on my feet,” says Juan. “But she was hiding. She wouldn’t eat. I knew something was wrong.”

Hurrem, a beautiful brown and black tabby, appeared to have a lump on her neck.

“I never saw anything like it,” says Juan, who told neighbors about Hurrem’s situation. One of them gave Juan the phone number for the ASPCA’s Community Veterinary Center (CVC) in the Bronx, just a half-hour away. He called and made an appointment.

The Sharp Source of the Problem

At the ASPCA, Dr. Kathleen Jones confirmed that Hurrem had a 106-degree fever and swelling on the right side of her lower jaw. The following day, she had surgery for an abscess.

“Once the abscess was lanced and flushed, a pointed object started to migrate through the opening of the abscess, and I pulled it out,” says Dr. Isabelle Jammes, one of the veterinarians who treated Hurrem. “It was a threaded sewing needle!” 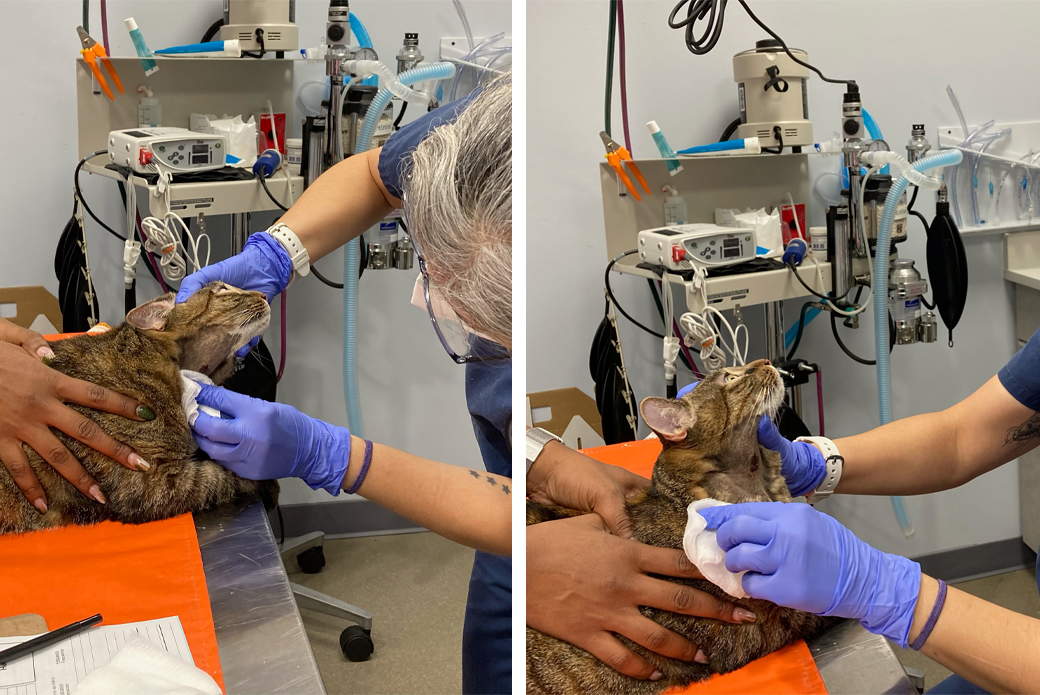 Dr. Jammes says that Hurrem was very fortunate the needle did not get stuck in her esophagus.

“In the 15 years that I have been a veterinarian, I have never seen this,” she says. bro

“I couldn’t believe it, either,” says Juan, explaining Hurrem’s ordeal through interpreter, Masiel Ramirez‎, Patient Liaison for the ASPCA’s Community Veterinary Center in the Bronx. “This was a dramatic experience for me.” 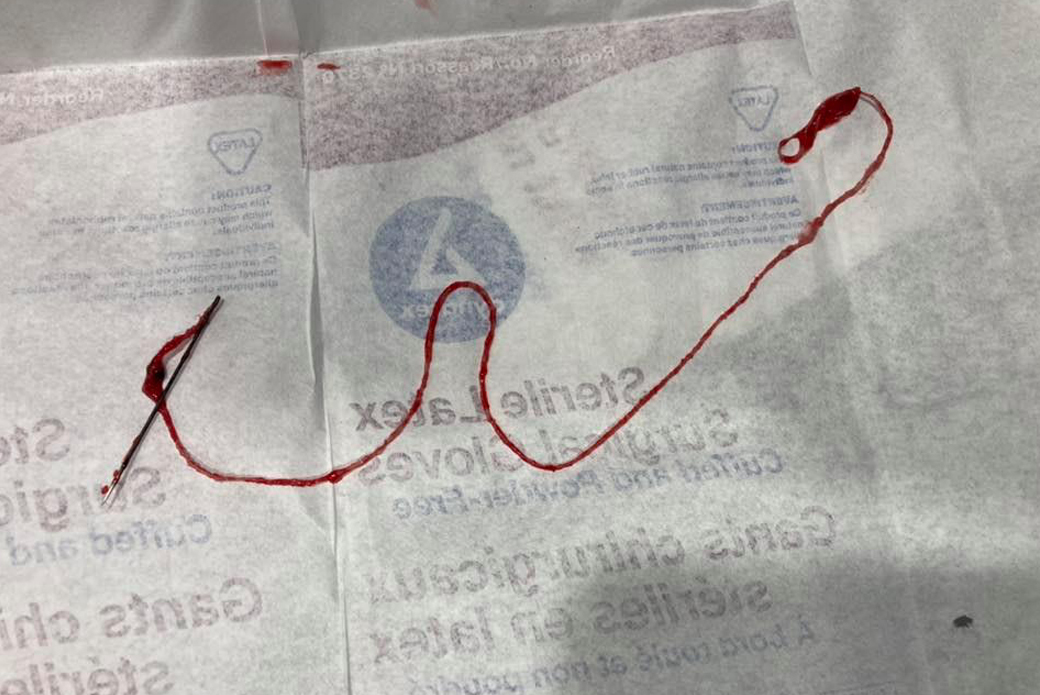 It’s been almost seven years since the chilly winter morning Juan found a tiny, helpless kitten in the courtyard of his building.

“She was so little, and it was so cold, I took her in,” says Juan, who assumed a stray cat had given birth to Hurrem. “I never had a cat before. But she was so sweet.”

“Hurrem is like a child to me, she’s very, very special,” says Juan. “She’s not only beautiful, but she keeps me company. She’s my baby.”

It’s Critical to be Careful

Juan says the needle used to repair his mask must have fallen onto the floor, but he didn’t notice.

“I never saw it there,” he says. “But Hurrem’s ordeal made me realize that sharp items need to be out of harm’s way, and I now take time to check my floors every day.”

Although Hurrem’s case was handled at the Bronx CVC, the ASPCA’s Client Services center has booked 30 cases at the ASPCA Animal Hospital for possible and confirmed foreign bodies in cats this year. The most commonly cat-ingested items are string-like materials, including thread and dental floss.

“Ingested and penetrating foreign bodies are a relatively common cause of illness in cats and dogs, whether they cause infection from penetrating and becoming embedded in tissue or by causing gastrointestinal obstruction,” says Dr. Jones. “This kitty was lucky her owner brought her in promptly.” 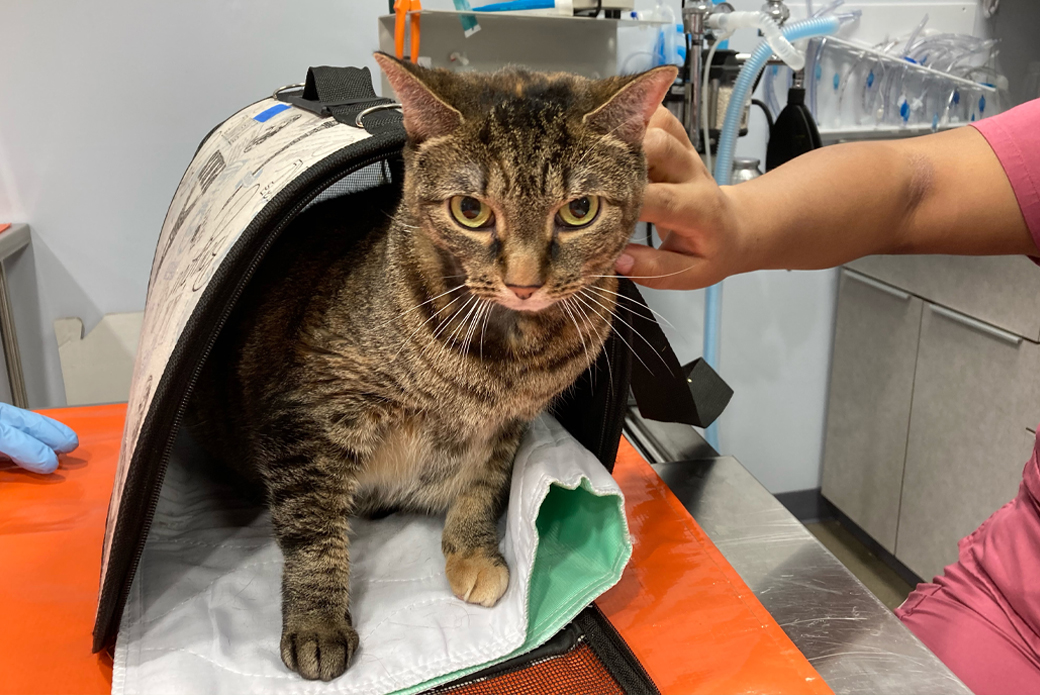 Juan is grateful for the ASPCA and says his four-legged friend is back to her normal self.