After Shocking Abuse, Jamie Is Finally Given Her Chance to Shine

“We absolutely adore her and actually love her more and more as time passes by!”-Einat L. of New York, NY

In April 2016, the NYPD brought two scared, emaciated pit bulls into the ASPCA Animal Hospital (AAH) after executing a search warrant on a house in Brooklyn, New York. Officers had found the dogs, Jamie and Zaza, in deplorable conditions. Not only were they malnourished, but Jamie’s coat and paws were also covered in urine and her nails had grown so long that they were curving into her feet. The four-year-old dog was also lactating from a litter she’d previous whelped. It was clear that these two sweet pit bulls desperately needed help, and the team at AAH didn’t waste a moment.

Over the next six months, Jamie spent time at AAH and in a foster home as everyone worked round-the-clock to get her weight back up and treat any deficiencies and ailments she may have been suffering from. In October, Jamie was finally happy and healthy enough to move on to the ASPCA Adoption Center and begin her journey toward a new life and a permanent, loving home.

That same month, Jamie was given a very special treat: A day out with the NYPD, where she was able to spend some time away from the Adoption Center and enjoy plenty of affection and pup-cakes from doting officers. Jamie’s big day out was a wonderful reminder of how far she had come, and that her future on the horizon was brighter than ever.

It wasn’t long after Jamie’s day on patrol that Einat L. and her husband first came into the Adoption Center. The couple had recently celebrated Einat’s birthday at the end of November, and Einat (an avid dog-lover and longtime ASPCA supporter) wanted this year to be the year that they welcomed a dog into their family. After some discussion, Einat’s husband told her that this year’s birthday gift would in fact be the dog she’d been longing for.

The couple came into the Adoption Center without many preconceived notions about what type of dog they wanted, but there was one thing they knew for certain. “We came to the ASPCA knowing that we want to save a dog,” Einat says. “We didn't care which dog, what size, or any of that. When we first got there we asked for the dog that had been waiting in the shelter the longest, is constantly over looked, and has the slimmest chances of finding a new home.” 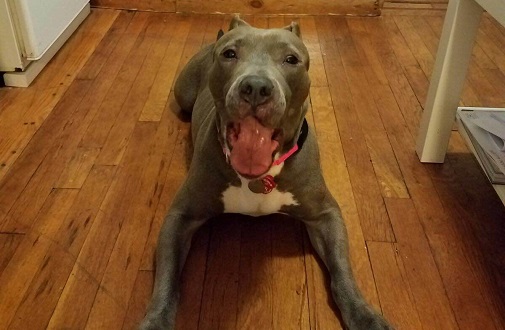 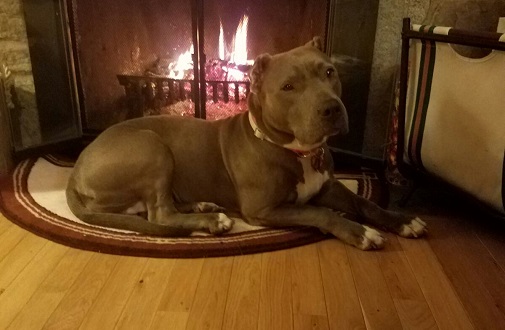 That’s when the Adoptions team took the couple to meet Jamie. Einat tells us that the rest is history. The couple made the adoption official at the beginning of December and took Jamie to a place she’d waited her entire life to see: home.

With her new life, Jamie was given a new name—Lucinda. According to Einat, Lucinda’s transition from shelter dog to living at home was easy. “From the first minute, she felt right at home,” she says. “She's doing so great!” Einat and her husband have worked hard to train Lucinda, and she tells us that she’s making incredible progress and is a very fast learner. 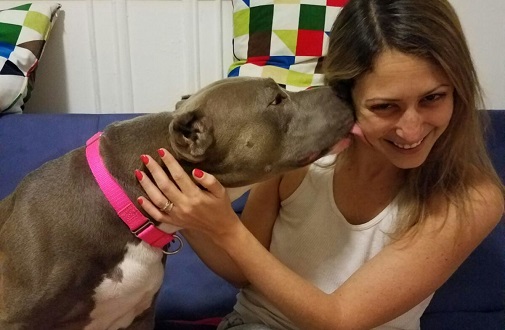 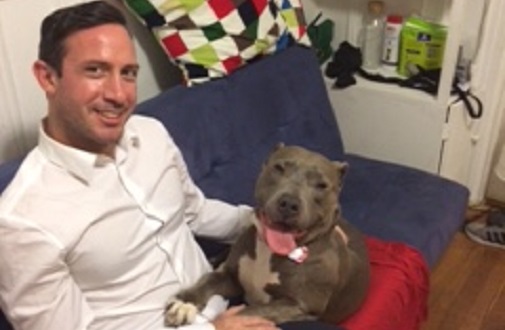 Lucinda’s journey from a suffering, neglected dog to a beloved pet is truly remarkable. She met her perfect pet parents in Einat and her husband, and now she can rest easy knowing that she is unconditionally loved.

You can create your own Happy Tail for other dogs like Lucinda by adopting a shelter dog today!