In the year 2021, approximately 23,000 American horses were trucked over our borders to be slaughtered for human consumption. Until this practice is banned and Congress passes a law against slaughter here in the U.S., no horse is safe.

The term “horse slaughter” refers exclusively to the killing horses for human consumption. Horse slaughter is NOT humane euthanasia. While “euthanasia” is defined as a gentle, painless death provided in order to prevent suffering, slaughter is a brutal and terrifying end for horses.

Horses bound for slaughter (who may include pregnant mares, foals and horses who are injured or blind) are commonly and legally shipped for more than 24 hours at a time in crowded trucks without food, water or rest. The methods do not uniformly offer provide quick, painless deaths for all and there are documented instances in which horses have been observed conscious during dismemberment. As flight animals, horses commonly respond to a noisy environment where they see, smell and sense danger by flinging their heads in the kill box, creating obvious potential for multiple injuries during stunning.

The last three U.S. slaughterhouses—two in Texas and one in Illinois, all foreign-owned—were shuttered in 2007. In 2006, these facilities killed more than 104,000 horses for human consumption, shipping the meat overseas.

Slaughterhouses have proved to be environmentally damaging as well as economically draining to the communities that have housed them. Notably, communities with experience hosting horse slaughter facilities do not want them back: Texas and Illinois have enacted laws that specifically ban selling, giving and possessing horse meat intended for human consumption.

Though exports have been dropping in recent years, tens of thousands of American equines continue to be shipped to slaughter across our borders annually. Looking at data from 2012 to 2016, an average of 137,000 American horses were trucked over our borders each year to slaughter facilities in Mexico and Canada. In 2021, that number dipped to under 24,000 for the first time.

Reopening slaughterhouses in America is not the answer to ending this form of cruelty. In fact, even when horse slaughter facilities operated in the United States, tens of thousands of American horses were still exported to other countries for slaughter.

Additionally, long-distance transport without welfare and safety protocols that are enforced is an inherently cruel aspect of this industry. A recent peer-reviewed study found that 79% of slaughtered horses had excessive bruising from transport-related injuries, and the USDA’s own inspection documents revealed similar gruesome injuries when horse slaughter plants were operating in the U.S.

Impacts on the Equine Community

Despite horse slaughter’s end within the U.S., the underground industry continues to prey on horse owners, trainers, businesses, and adoption organizations throughout the country. At auctions, “kill buyers”—individuals that routinely sell equines to slaughter for profit—actively outbid good homes and adoption organizations, forcing them to spend precious resources to save an animal that may otherwise have had a safe place to go. These individuals also often pose as good homes to owners looking to rehome their beloved equine partner, and later sell the animals to abattoirs in Canada and Mexico. The fear that this predatory behavior strikes into the equine community can create additional risks to equine welfare. The ASPCA is at the forefront of addressing risks on the ground, but such negative outcomes will persist so long as American horses are shipped across our borders for meat.

Until a ban is in place, every American horse is at risk of meeting this fate. Fortunately, in 2021 the Save America’s Forgotten Equines (SAFE) Act, H.R. 3355/S. 2732, was introduced in Congress and it has a growing, bipartisan cosponsor list. The bill would prohibit the slaughter of horses for human consumption in the United States and ban their export abroad for that purpose—but we need your help to ensure Congress passes this important legislation.

December 29, 2022
Celebrating One Year of Helping Horses in Oklahoma and Beyond

November 15, 2022
The Year Is Almost Over. Urge Congress to Ban Horse Slaughter NOW 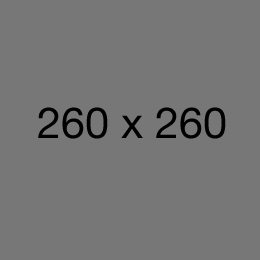