On her way to work the morning of May 6, Masiel Ramirez, Patient Liaison at the ASPCA’s Bronx Community Veterinary Center (CVC), spotted an orange and white kitten lying on the sidewalk, just steps from the CVC’s entrance.

“He was this tiny orange ball of fur,” Masiel says. “It was 7:00 AM and I couldn’t believe there was actually a cat in front of our building.”

But when Masiel approached, she realized the kitten was bleeding and in pain. He was also having trouble breathing.

Masiel was hesitant to touch the tiny kitten. “My first thought was, ‘He fell out of a window’” Maisel says. “I was afraid I’d hurt him more.”

Cleaning blood off the kitten’s face, Bridget suspected the cat’s injuries were most likely the result of falling from an apartment window above the CVC, which is on the ground floor of an 11-story building.

Dr. Melissa Jones stabilized the cat with oxygen and pain medication and coordinated his transportation to the ASPCA Animal Hospital (AAH) in Manhattan for X-rays and further treatment.

“The way he was breathing, I didn’t think he would make it,” recalls Dr. Jones. “With blood coming from his nose, I was concerned about bleeding around his lungs as well.”

Despite the tiny kitten’s condition, he kneaded Bridget’s hands with his paws, an affectionate action often referred to as “making biscuits.”

A Range of Injuries

Dr. Porsha Reilly, AAH Veterinary Intern, quickly confirmed what others had suspected: Biscuit’s injuries were consistent with a fall from a high-rise building. 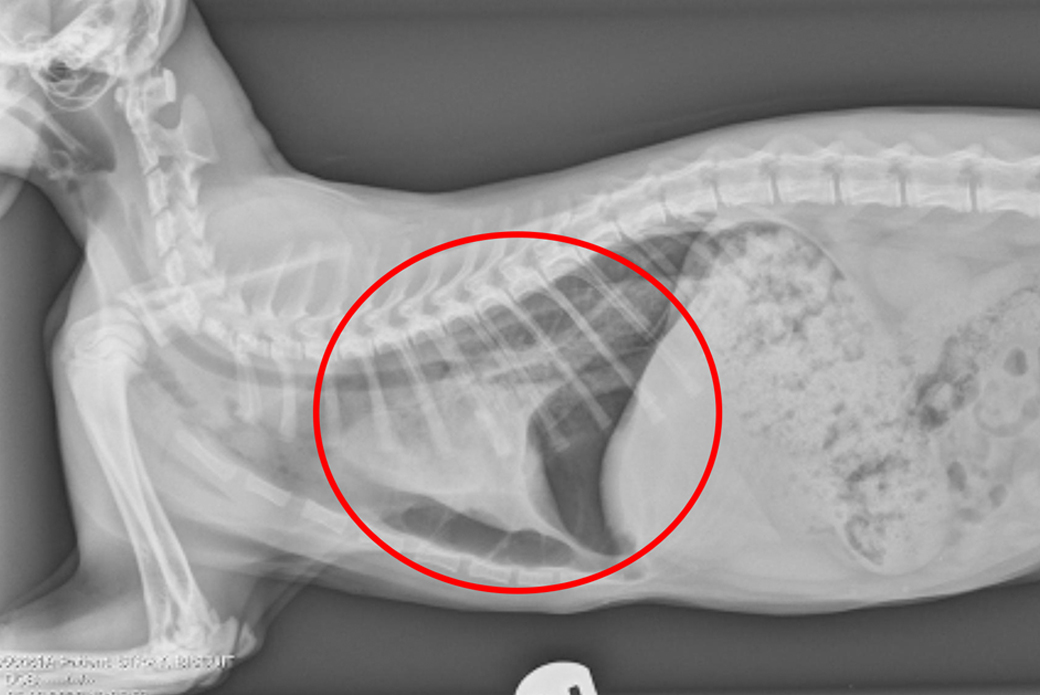 Biscuit had a punctured lung and underwent an emergency thoracocentesis, in which free air in the chest cavity is removed so that his lungs could expand properly to allow more normal breathing. Vet staff also splinted both of his front limbs and gave him a blood transfusion after discovering he was severely anemic. For two days, Biscuit received oxygen, and stayed on pain support until he was stable enough for surgery.

On May 12, Dr. J’mai Gayle, Director of Surgery, repaired the femur fracture with pins, realigned Biscuit’s fractured jaw which helped to straighten his teeth, and he was neutered.

“He was pretty beat up,” Dr. Gayle says. “Aside from the chest trauma, collapsed lung and multiple fractures, his two lower canine teeth were bent back at an odd angle so that he couldn’t close his jaw properly.”

“He’s lucky he landed on the ASPCA’s doorstep,” she says.

The CVC staff hung fliers in and near the building where Biscuit was found to locate his owner, but no one came forward to claim him.

By then the four-lb. feline was a hospital staff favorite and had been renamed Triscuit.

“He was a complete ham,” says Dr. Gayle. “He would touch our faces and give us head-butts.”

“Despite all of his injuries, he was incredibly sweet,” adds Dr. Matthew Gordon.

Bridget fostered Triscuit during his recovery. 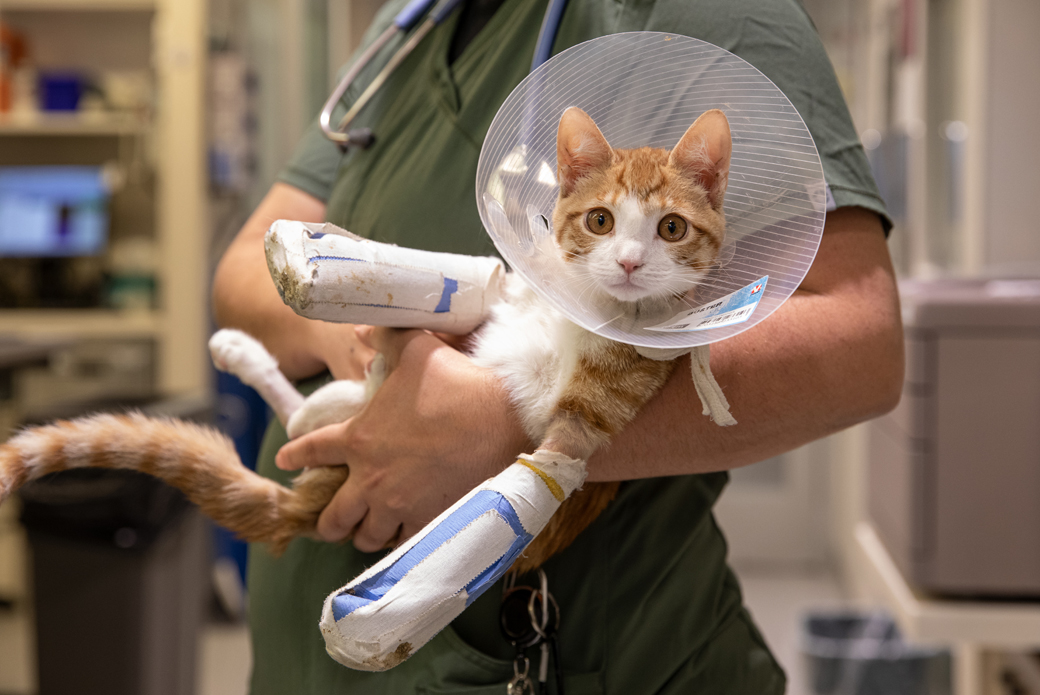 Undeterred by his splinted front legs, Triscuit behaved energetically, like any normal kitten. On June 10, finally free of his splints and bandages, he “ran and played like crazy, bouncing off the walls,” according the Bridget, who by then had decided to adopt him and gave him a new name: Bumblebee. “He’s such a good kitten, and he and my other cat, Benji, get along really well,” Bridget says. “Benji needed something to play with besides my feet.” 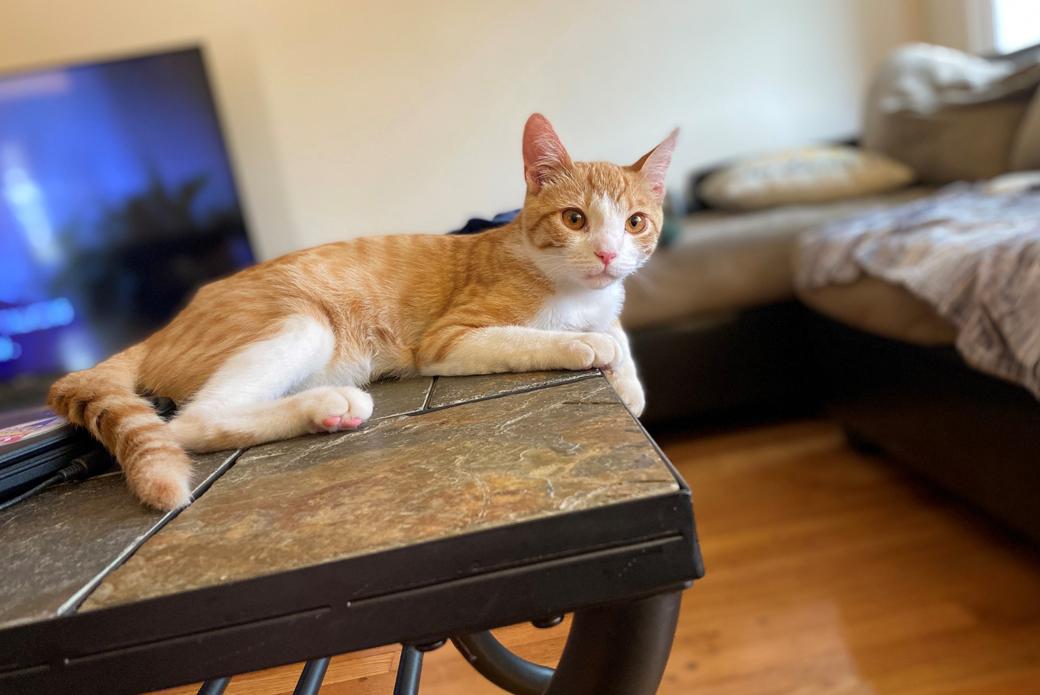 Though Triscuit’s fall and injuries were frightening, his landing was fortunate. “I’m super grateful he ended up in front of the CVC,” says Masiel, who now keeps her eyes wide open all the way to work. 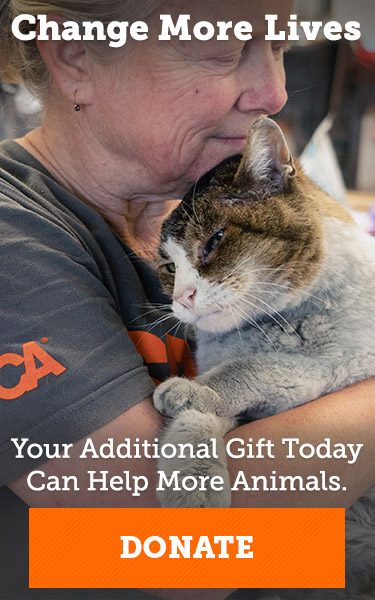 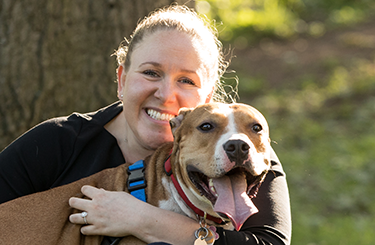