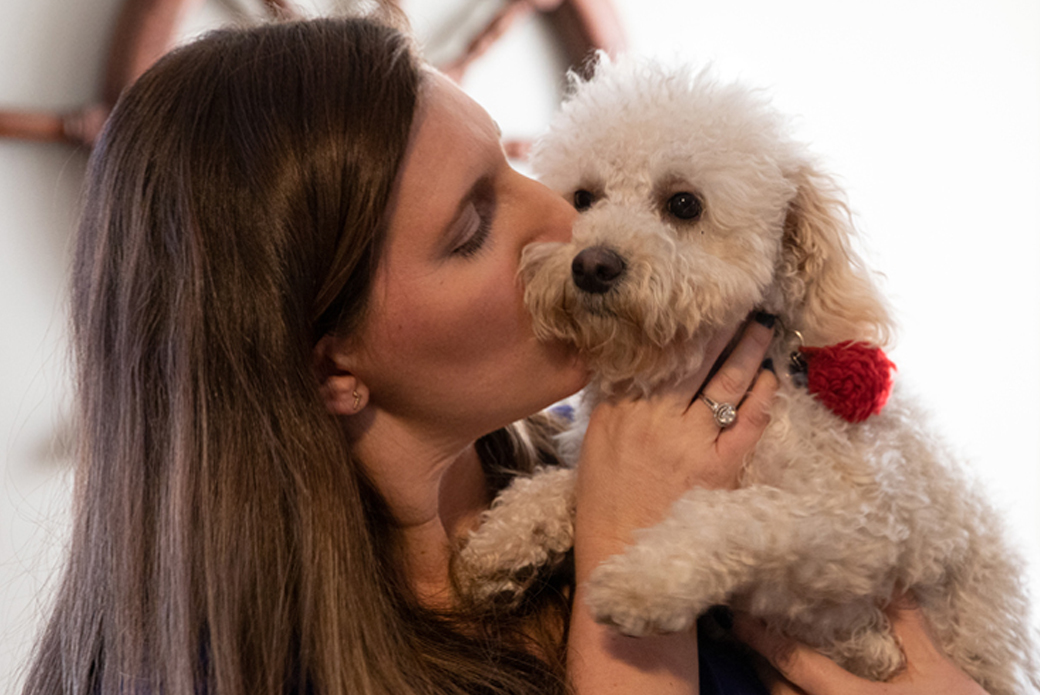 April K. of Long Island, New York, and her family love dogs. She adopted two beloved dogs, Missy and Tinsy, from a New York City shelter 15 years ago. A firm believer in adoption, April knew about the connection between puppy mills and pet stores. But when Tinsy passed away and her family started looking for a new pet, April ended up calling a neighborhood pet store in the town of Huntington, thinking maybe they had a dog who was in particular need of a home.

The store manager told April: “I’ve got the perfect dog for you,” and described a mellow, older puppy who would be a great fit for April’s family. April met and fell in love with a sweet, docile, eight-month-old “Mal-Shih-Poo” named Griffin and took him home that day. 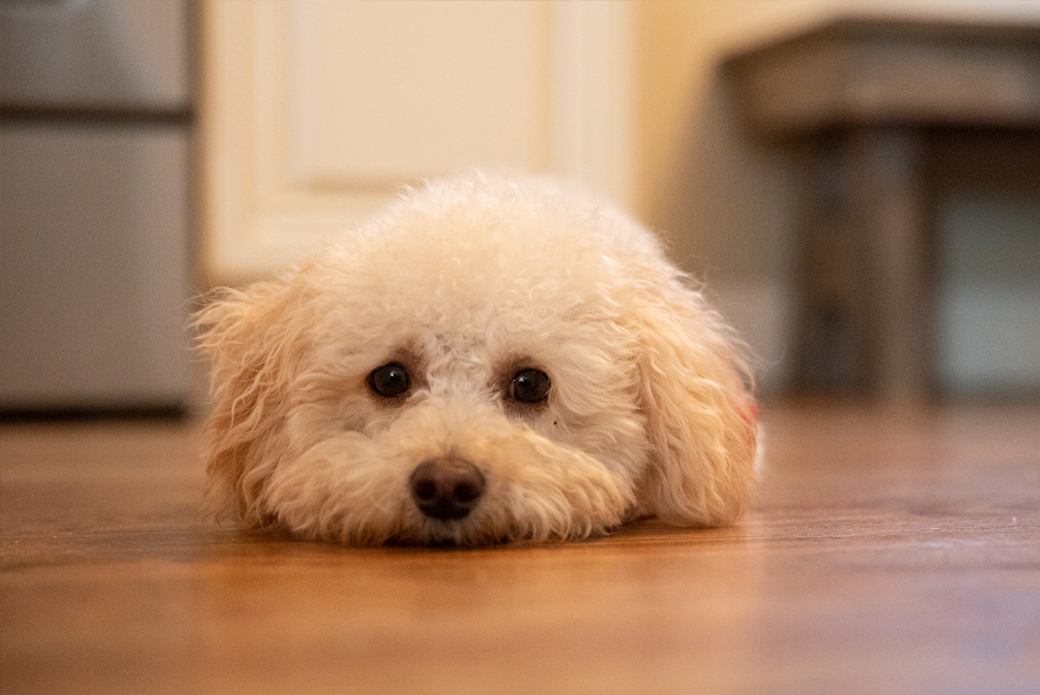 Griffin was unusually calm for a puppy, and April soon learned why. Shortly after being purchased, he started to limp and could not bear any weight on his back leg. A veterinarian diagnosed Griffin with Legg-Calve-Perthes Disease (LCP), a hereditary condition that causes pain and mobility issues.

“The truth comes out that he’s just a regular puppy,” said April. “It was sad to find out that he wasn’t docile—he was lame. He was in pain, he couldn’t walk, he was probably hurting quite a bit.”

When April called the pet store for help covering medical expenses, they refused and instead told April she could return Griffin to the store. April and her family had already fallen in love with Griffin, so that was not an option. She visited another vet who performed immediate surgery to relieve Griffin’s suffering and prevent his condition from worsening. After multiple procedures costing thousands of dollars, he is on the mend, though he still cannot use stairs and may never regain full mobility. 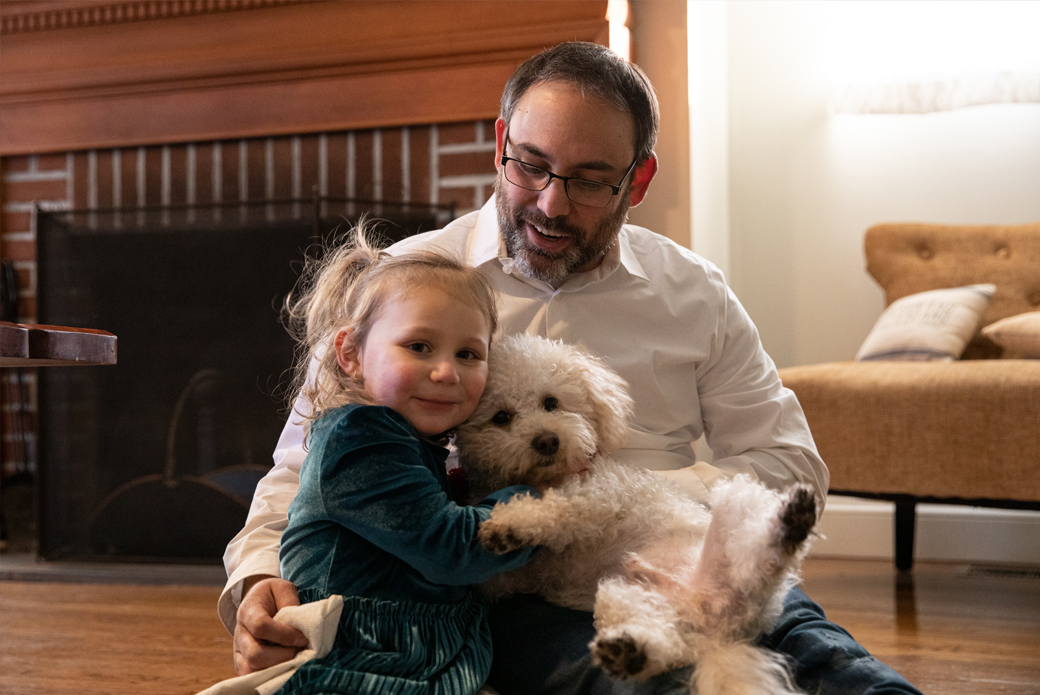 April wanted to share her story because she felt misled by the pet store and believes there is no justification for supporting a business model based on cruelty and deception. She tells us that she wanted to believe that her neighborhood store was somehow different—that if it were really that bad, it wouldn’t be there. Sadly, her experience purchasing Griffin confirmed what she always knew about puppies in pet shops, and it makes her furious that they are allowed to get away with this over and over again. “We were basically victimized by this, and so was our dog,” said April.

Right now, there are over 2,000 puppies for sale in New York pet stores—most of whom traveled long distances through a pipeline of out-of-state puppy mills and middlemen. Dogs born in puppy mills are not only exposed to disease and parasites from living in filthy conditions, but are also prone to hereditary health defects like LCP. Griffin came from a puppy mill in Missouri, and his parents most likely were not screened for inheritable disorders. 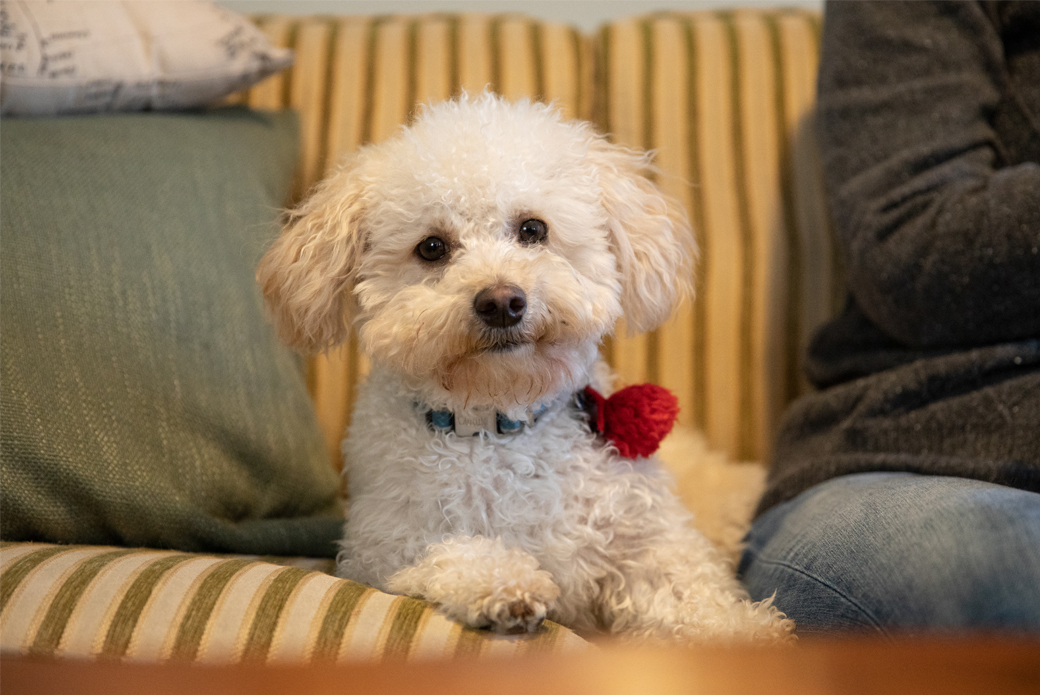 The ASPCA is hopeful that New York will join multiple states and hundreds of U.S. towns in ending the retail sale of dogs, which would shut down the puppy mill pipeline for good and prevent cruel commercial breeders from profiting from this kind of cruelty. If you live in New York, please stand up for puppies like Griffin by contacting your state legislators today and urging them to keep puppy mill cruelty out of your community’s pet stores.