“She wasn’t opening up; it’s almost as if she wanted to be invisible.” –Barbara T. of New York, NY

Barbara T. understands what it’s like to have a rough start in life. As a supervisor for the New York City Department of Probation, Barbara works with teenagers from troubled backgrounds. With patience and kindness, she provides needed services and second chances to teens in need. But recently, Barbara’s compassion extended toward someone outside of work—someone who walks on four legs instead of two.

Saying that Ursula, a five-year-old pit bull who was rescued in July 2014 by the NYPD and ASPCA, also had a rough start, would be an understatement. Before her rescue, Ursula was abused in a dogfighting operation along with nearly two dozen other dogs in a Queens home.

Now, thanks to Barbara, this dogfighting victim has gotten a second chance and then some.

“She was traumatized like a lot of the kids I work with,” Barbara says. “She had been neglected and abused.”

In addition to the scarring seen on her face and body, Ursula’s ear was partially torn and was missing pieces that had been bitten off.

Ursula was cared for at the ASPCA for nearly a year after her rescue and met Barbara the following summer, when Barbara and her daughter, Alexandra, visited the ASPCA Adoption Center looking to adopt a dog. Their family had recently lost their Cocker Spaniel, Toby, to inoperable cancer. “There was a void in our lives,” Barbara explains.

As Barbara and Alexandra walked through the dog enclosures, they passed by Ursula. Barbara noticed that Ursula was a pit bull and initially hesitated.

But Alexandra saw something special in the black-and-white dog, whose prevalent scarring on her face, head and legs gave away her cruel past. “‘Why don’t you take another look at Ursula, Mom?’” Barbara recalls her daughter asking.

They observed how calm Ursula was and noted her dark, almond-shaped eyes. “There was a gentleness that stood out,” Barbara remembers. “Her eyes were beautiful and kind.”

“My heart went out to her when I found she was used for dogfighting—and possibly as bait,” she adds. “Part of her ear is torn and bitten off, and she has ‘survivor marks’ all over her face and legs. But she is the gentlest, sweetest soul.”

The family had never had a pit bull, and Barbara’s son, Patrick, was surprised she had opted for a larger dog.

“When we got home I was concerned about whether we made the right decision,” admits Barbara, recalling that Ursula was very timid and kept her eyes closed much of the time. “She wasn’t opening up; it’s almost as if she wanted to be invisible.”

Barbara considered returning Ursula to the ASPCA, thinking perhaps Ursula missed the staff who had cared for her. Her husband, Patrick, called an ASPCA representative who encouraged the family to be patient with Ursula’s adjustment period.

“We gave her the time she needed to open up, and she eventually came around,” Barbara explains. “Those beautiful eyes opened. And after a few months she even barked, something we didn’t know she was capable of!”

Though it took time, Ursula’s behavior began to indicate a level of trust with her new pet parents, something that can be extremely difficult to find for victims of abuse.

“She was very shut down when she arrived at the ASPCA,” explains Joanne Langman, Behavior Counselor in the ASPCA’s Animal Recovery Center (ARC), where Ursula was initially cared for. “But with time and patience, she started to come out of her shell.”

“Ursula’s adoption was a team effort,” adds Victoria Wells, Senior Manager of Behavior and Training for the ASPCA. “Everyone went above and beyond for her.”

Ursula is a stocky 60 lb. but gets plenty of exercise at a nearby park, often rolling in the grass “when she gets her groove on,” says Barbara. She adds that she kept Ursula’s name because it was fitting. “In Latin, Ursa means bear, and she’s our little bear.” The family also calls her Ursulala, Lala, Ursie, even Urs—which rhymes with purse. 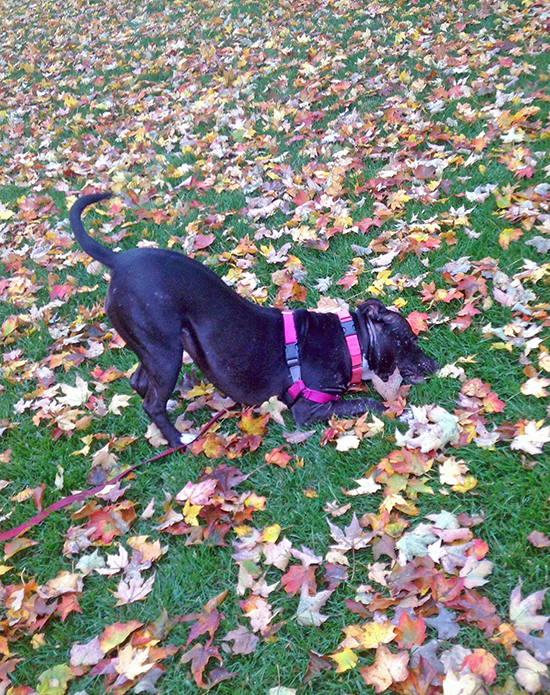 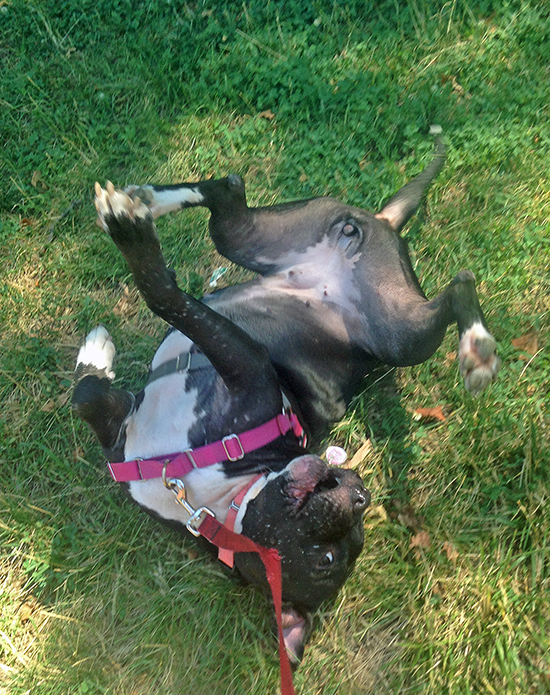 While Ursula seems to have put her cruel past behind her, some things can still trigger fright—and flight.

“If I’m baking and the oven timer goes off, she will run and hide,” Barbara says. “But in my opinion, her progress is at 99 percent. I’m just amazed after all she’s been through that she trusts us and hasn’t held any grudges against people or other animals.”

Barbara applies what she’s learned working with troubled teenagers to dogs like Ursula, who come from abusive pasts.

“Whatever created these problems can’t be reversed overnight,” she says. “It takes time, patience and love.”

When asked, Barbara offers this advice for would-be adopters of dogs like Ursula: “Don’t judge a book by its cover. Don’t go on generalizations, and don’t hesitate to seek out a dog like Ursula. She deserved that second chance—the chance to become the dog she was meant to be.”

Three of Ursula’s abusers pleaded guilty to various animal cruelty charges. Though justice may have been served, there’s still more work to be done to prevent crimes like this from happening and to keep innocent animals from ever knowing this kind of suffering. Stay tuned and join us during the month of April as we fight to “break the chains,” and end the heinous bloodsport that is dogfighting.