Once Injured and Afraid, Blake Proves There is Always Hope for a Second Chance

In the beginning of June 2017, one-year-old Blake was transported to the ASPCA Animal Hospital with multiple fractures in his back leg that had gone untreated. Due to the severity of his injuries, Blake went straight to the ASPCA’s Animal Recovery Center (ARC), where veterinarians made the difficult decision to amputate the small dog’s damaged leg. They also discovered multiple rib fractures that looked as though they had healed and required no immediate treatment. Though this amputation would leave Blake as a tri-pawed pup, veterinarians knew that this was the best step to prevent further pain and discomfort for the ailing dog.

By mid-June, Blake was ready to move to the Canine Annex for Recovery and Enrichment (CARE), where he would spend the rest of the month and all of July recovering and adapting to his new life post-surgery. In this time, Blake showed nothing but resiliency and strength. The Yorkshire Terrier-mix remained in high spirits. He was playful and sweet, and he never let his new handicap slow him down. This ability to overcome such traumas is something that we often seen in animal victims—an important reminder that second chances are always possible.

In August, exactly two months after his arrival, Blake was finally ready to head to the ASPCA Adoption Center and begin a new chapter—one that would lead him to a loving home. Less than two weeks after Blake became available for adoption, Jennifer C. came into the Adoption Center, ready to find a new furry friend to add to her family. Jennifer tells us that the timing was finally right after losing a beloved pet years earlier. “I had a dog once before—a sweet yellow lab, named Sunny—who I adored. My experience with Sunny showed me how having a dog really enriches life,” Jennifer says. “Since Sunny passed away several years ago, I wanted to get another dog, and with recent changes in my life allowing me to be home a little more, the timing was finally right to take the plunge. Adopting a dog was a great chance to give a home to a dog in need.” 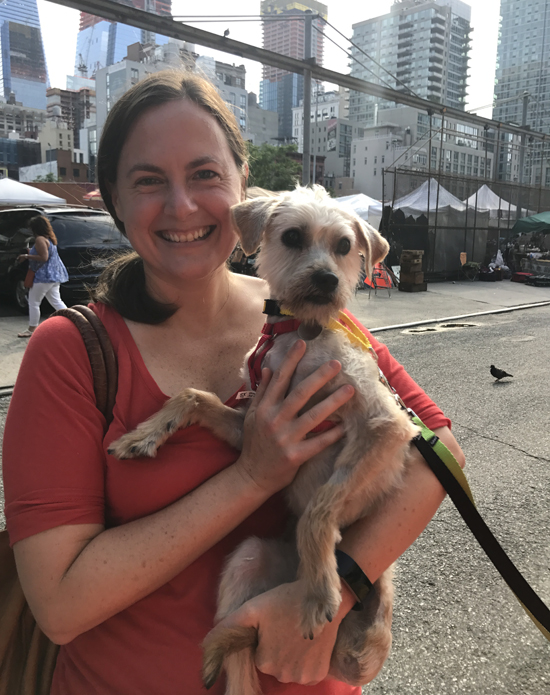 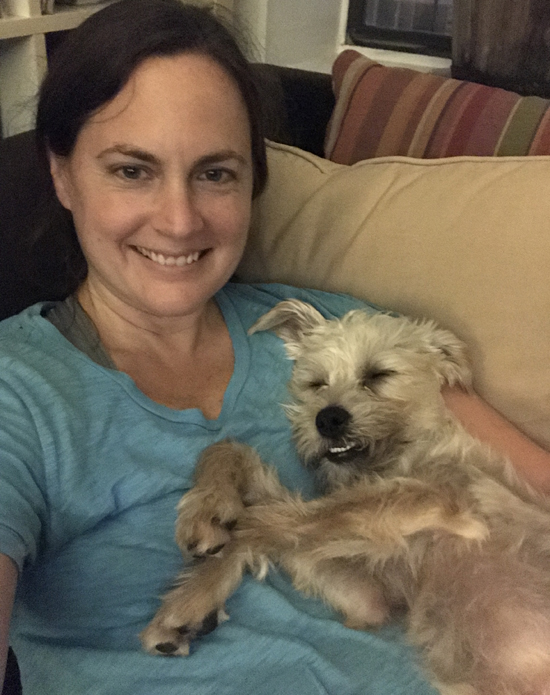 When Jennifer saw Blake, she knew she had found the right dog for her. “I was immediately wooed by Blake’s sweet, happy temperament,” says Jennifer. On August 12, Jennifer made the adoption official, and Blake went home, leaving the traumas of his past behind and looking toward a bright future.

Jennifer tells us that Blake, who has now been given nicknames like “Blakey-boo, Blake Man and Blakebuddy,” fit right in his new neighborhood in Upper Manhattan. “We go for walks in Central Park almost every morning and to the dog park in the evenings,” she says. “He is a very playful puppy and absolutely loves to run and be with other dogs.” She also add that while at home, Blake’s favorite past-time is to nap and snuggle contently. 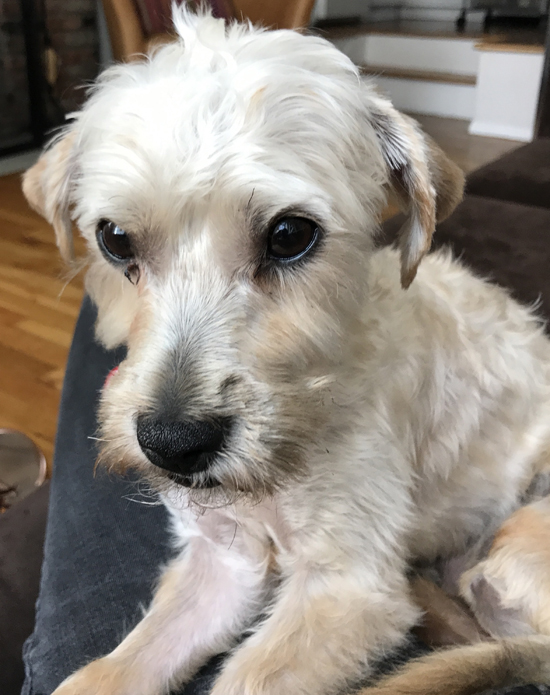 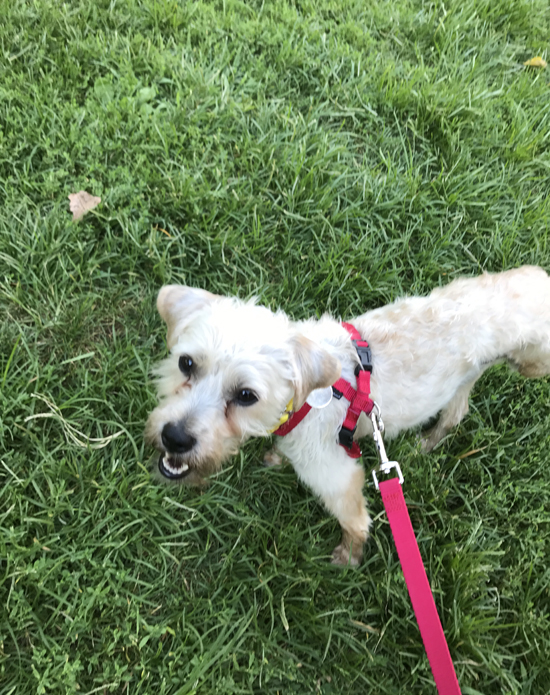 Jennifer says that adopting Blake has improved her life in many ways and that she would encourage everyone to consider “taking the plunge,” when it comes to adoption, as long as you are realistic about your lifestyle and capabilities. When asked what advice she would have for someone who may be apprehensive about adopting a special-needs animal, Jennifer says that it may not be as difficult as you think. “Blake is a three-legged dog, but that doesn’t slow him down one bit. Aside from appreciating being carried up longer flights of stairs—a good opportunity for extra snuggles—Blake can do everything that other dogs can do,” she says. “I am often stopped by people in the park who tell me how inspiring it is to see him bounce and race around playfully like any other happy puppy. He is special, indeed!”

You can create a Happy Tail like Blake’s and Jennifer’s by opening your heart and your home to an animal in need. Adoptable cats and dogs are waiting for homes at the ASPCA and in shelters near you. Consider adopting today!