On Monday, the ASPCA announced that we are working with the NYPD to provide pet microchip scanners to every precinct in New York City—a total of 86—including Housing Police Service Areas. This new and exciting effort is part of our NYPD partnership, which is now entering its fifth year.

Microchips are subcutaneous identification implants, roughly the size of a grain of rice, used most commonly in cats and dogs. Each implant contains a unique serial number which can be read by a scanner and matched to a database containing the owner’s contact information.

Not only can these new scanners help reunite lost pets with their guardians, they can also help NYPD officers responding to suspected animal cruelty cases quickly obtain crucial animal ownership information to aid their investigations. For example, in 2016, when a defenseless dog was found in a suitcase that had been thrown away in a dumpster, information from the dog’s microchip pointed the NYPD Animal Cruelty Investigation Squad in the direction of those responsible, leading to a successful outcome in the case.

“Effectively fighting animal cruelty means equipping law enforcement officers with practical tools as well as comprehensive training, and these scanners will certainly accelerate the process of finding owners and clearing cases,” said Matt Bershadker, President and CEO of the ASPCA. “As we enter the fifth year of our partnership with the NYPD, I’m inspired by their enthusiasm to use every means available to stop cruelty, rescue victimized animals, and bring animal abusers to justice.”

On Saturday, February 10, more than 250 officers attended a microchip scanner demonstration during a seminar held at the Police Academy in College Point, Queens. The seminars, held periodically throughout the year and conducted by ASPCA and NYPD experts, provide instruction on a variety of topics including NYPD animal cruelty investigation procedures, animal cruelty laws, blood sports, forensic investigations and the ASPCA Community Engagement program. Since the beginning of our NYPD partnership in 2014, more than 2,500 officers have completed an animal cruelty investigations seminar. 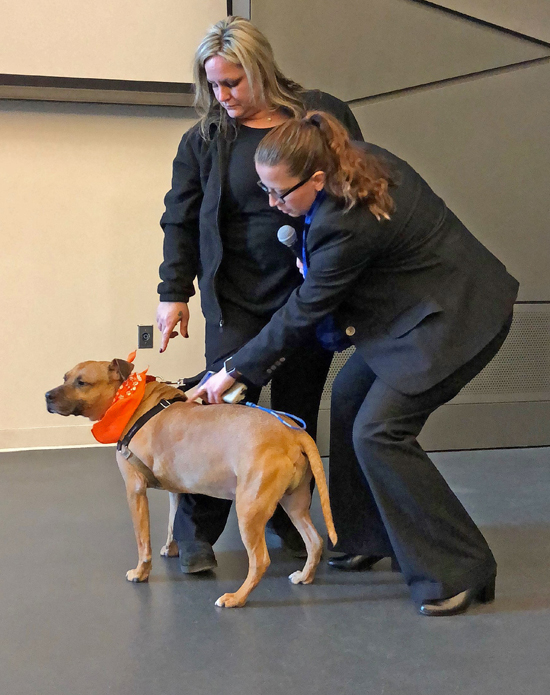 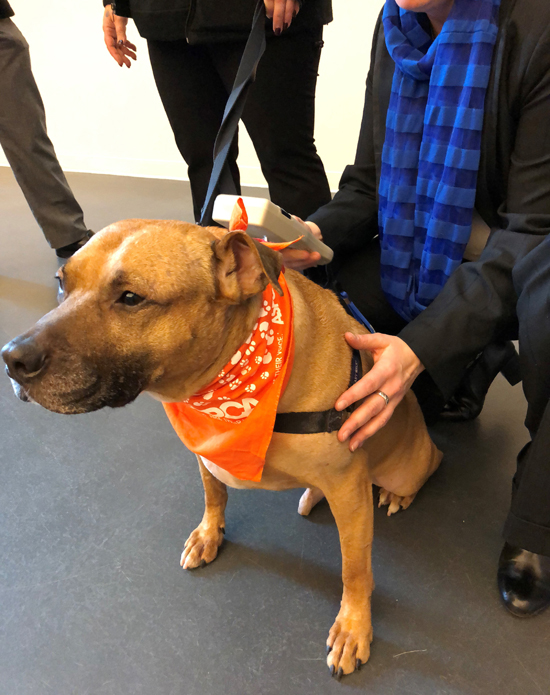 ASPCA adoptable, Orson, helped demonstrate how the new scanners will work during the first training session.

“In collaboration with Captain Mark Gaudioso from the NYPD Patrol Services Bureau, it became apparent that we could assist the animal cruelty victims with the tool of pet microchip scanners at every Precinct and Police Service Area in New York City,” said Deputy Chief Luongo, Commanding Officer of the Special Investigation Division, NYPD. “With the animal cruelty training and widespread use of these devices we will be able to accelerate the process of finding owners to assist in our investigations.”

We are happy to announce this advancement in our efforts with the NYPD, and we look forward to continuing to work side-by-side to rescue animals affected by abuse and fight back against those who harm them.

To report animal cruelty in any of the five boroughs of New York, the public is encouraged to call 311 or submit an online complaint. For crimes in progress, individuals should call 911.