More Than 5,000 Animals Get a Lift on the Road to a Brighter Future with the ASPCA

In January 2017, the ASPCA announced the launch of the WaterShed Animal Fund Rescue Ride (WAFRR), an expansion of the ASPCA Relocation Program, which focuses on transporting animals to shelters where they will have a better chance for adoption. The new Midwest route hit a milestone at the end of 2017 by surpassing its first-year annual goal by more than 2,000 animals!

In total, the ASPCA transported 5,715 cats and dogs on 190 trips from shelters throughout the Midwest to areas where adoptable animals are in higher demand. Among the thousands of animals relocated by the WAFRR in 2017, over 700 were moved out of areas impacted by Hurricanes Harvey and Irma, as part of the ASPCA’s disaster response efforts.

“The WaterShed Animal Fund Rescue Ride is a shining example of the life-saving impact relocation can have on at-risk animals, and is a strong complement to our relocation routes along the East and West coasts,” said Matt Bershadker, ASPCA President and CEO. “With the help of our transportation partners, we are proud to mentor and support these shelters in moving more animals to safe and loving homes.”

Dudley, the 5,000th animal transported in the program’s first operational year, is a 10-week-old male Lab/Hound-mix. He was moved from Southern Pines Animal Shelter in Hattiesburg, Mississippi, to Toledo Area Humane Society in Maumee, Ohio, and was adopted by a loving family within six days. Through the WAFRR, thousands more dogs and cats like Dudley will have the same opportunity to become beloved pets as the program continues. 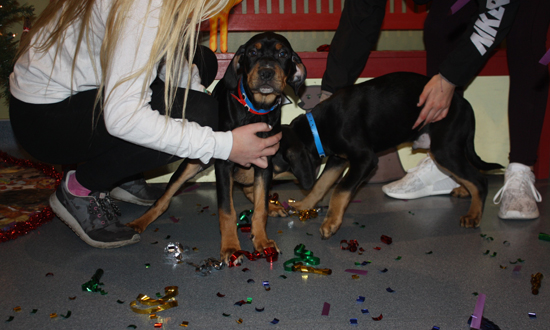 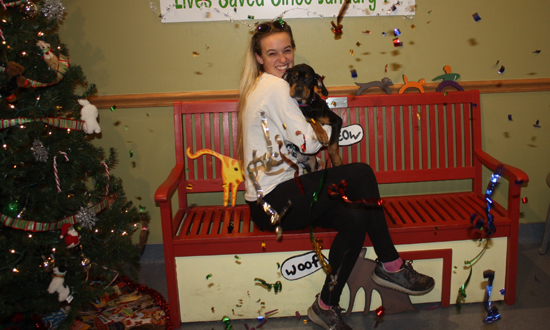 The WAFRR transports animals from shelters in Alabama, Arkansas, Kentucky, Louisiana, Mississippi, New Mexico, Oklahoma and Texas to shelters in Colorado, Illinois, Indiana, Iowa, Kentucky, Maine, Michigan, Minnesota, Missouri, Ohio, Texas and Wisconsin. The program is made possible by and named for the WaterShed Animal Fund, an Oklahoma-based non-profit organization that funds innovative programs aimed at improving the lives of companion animals.

“Relocation continues to be a major component to life-saving for companion animals in the United States,” said Christy Counts, President of the WaterShed Animal Fund. “The WaterShed Animal Fund is proud to support the ASPCA in its continued work in this area, and looks forward to the day when relocation is no longer necessary.”

In addition to the ASPCA Relocation Transit vans used across the country, the WAFRR introduced a new state-of-the-art relocation vehicle, which has the capacity to move more animals than any other transport vehicle in the program. The new 30-foot vehicle can carry up to 100 canines in one trip alone. Alternatively, the vehicle can be arranged into two separate compartments—one for dogs and one that can hold up to 40 cats, including kittens.

Cumulatively, the ASPCA’s Animal Relocation Program moved 28,444 animals across the country in 2017. Animals were transported via the program’s East Coast route, the Nancy Silverman Rescue Ride, as well as the West Coast Animal Relocation Program and the WAFRR in the Midwest. In 2018, we hope to continue with the successes of these incredible programs and find even more animals loving and safe homes.