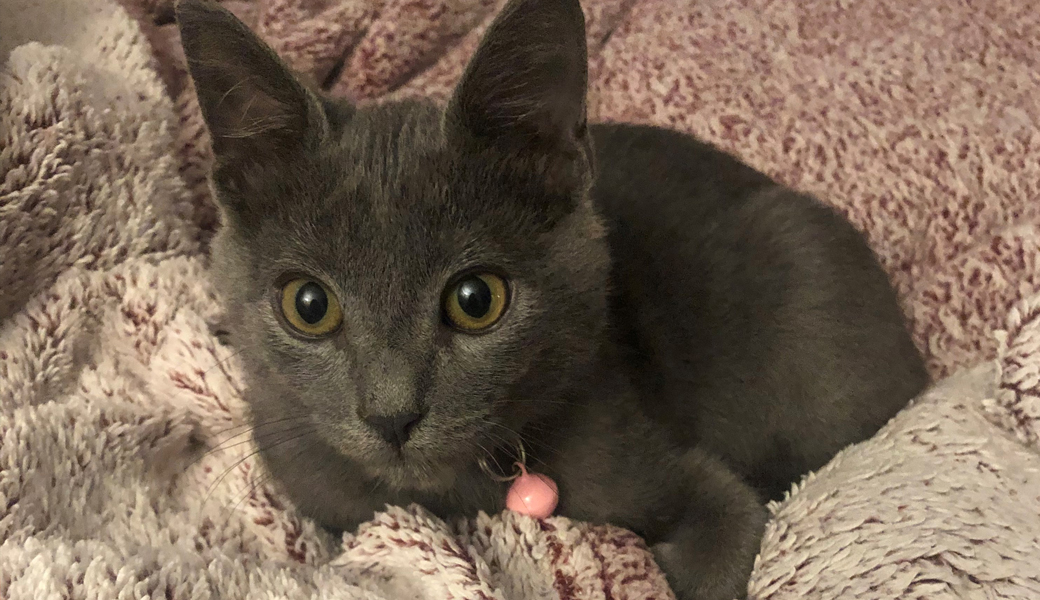 Six weeks after Hurricane Laura, the ASPCA closed down its temporary shelter in Lake Charles, Louisiana. Luckily, shelters across the country generously opened their doors to take in 494 homeless dogs and cats—either unowned before the storm or surrendered afterward—so they could be made available for adoption.

“Through ground and flight transport, animals from Louisiana shelters impacted by Hurricane Laura were relocated to animal welfare organizations across the country for a second chance at life,” explains the ASPCA’s Karen Walsh, Senior Director of Animal Relocation.

On opposite U.S. coasts, the Animal Refuge League of Greater Portland (ARLGP) in Westbrook, Maine and the Oregon Humane Society (OHS) in Portland, Oregon received cats and dogs from Wings of Rescue (WOR). WOR is a non-profit that frequently responds to disasters in North America and the Caribbean. The non-profit flew 402 pets out of Louisiana including Cuppy, a tiny kitten, and dogs Lovelee and Sadie—all of whom were adopted soon after they reached their final destinations.

“The best story from our Wings of Rescue transport is Cuppy, the teeniest gray kitten who came from St. Charles Parish Animal Shelter,” says Jeana Roth, Director of Community Engagement for the ARLGP. “He was all alone, no siblings or mom. This, of course, tugged at our heart strings.”

Cuppy’s transport was sponsored by Danielle Hardy, president of Turning Rescues Into Pets (TRIP), a rescue group based in St Charles Parish, Louisiana. She and Dr. Jena Troxler, Supervisor of the St. Charles Parish Animal Shelter, shared a cat-loving friend who had lost his battle with cancer just two days before the flight. 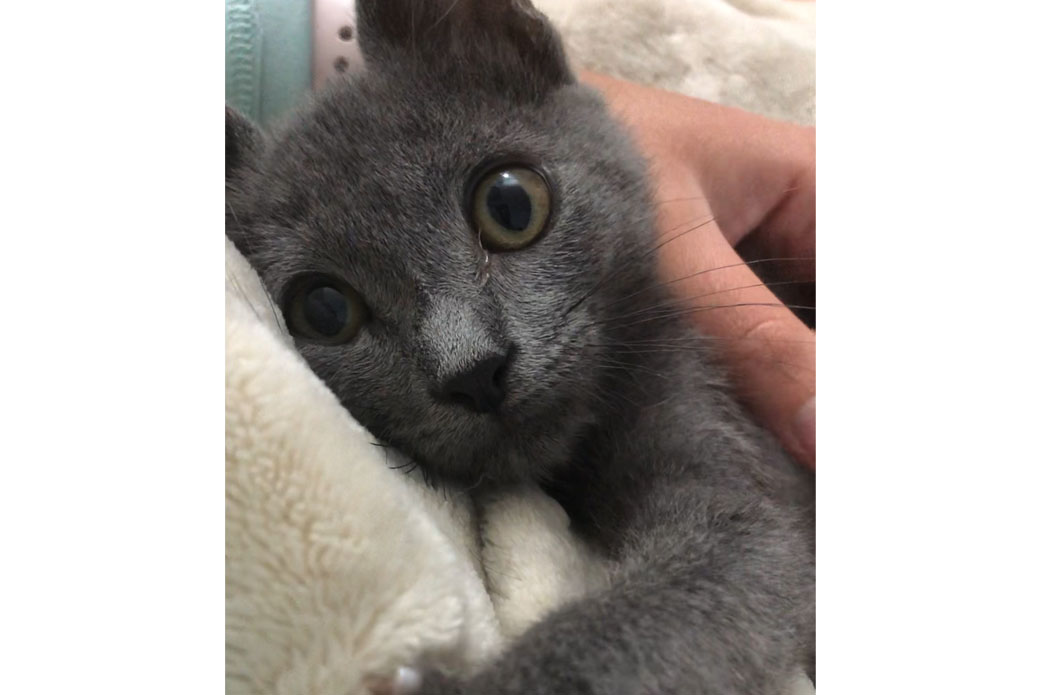 The night Cuppy arrived in Maine, he went home with ARLGP staff member Sarah LeRoyer, Community Engagement Coordinator, who helped unload the entire plane of animals and got them settled at the shelter.

“I wanted to foster Cuppy—he was the only cat and so cute,” says Sarah, who already has three adopted cats and two goats. “My partner Joey and I had decided that we were at our limit with cats, and I figured since Cuppy was already neutered and vaccinated, his foster period would be short.”

A short while after the cat moved in, Sarah jokingly said to Joey, "I think we should keep Cuppy," assuming Joey would say no. “He instead said, ‘I think we should,’” says Sarah. “It didn’t take long for us to both agree that he would be the purr-fect fit for our family.”

Sarah and Joey successfully introduced Cuppy to their cats and re-named him Frank.

“Now, we couldn’t imagine our family without him,” says Sarah. “And Frank will never be alone again!”

On the west coast at Oregon Humane Society, it didn’t take long for Lovelee, a one-year-old pit bull mix originating from Lafourche Parish Animal Shelter in Thibodaux, Louisiana, to find a home.

Within a week, Laura Klink, Public Information Manager, received an email from Lovelee’s adopters, who had re-named her Gelato. 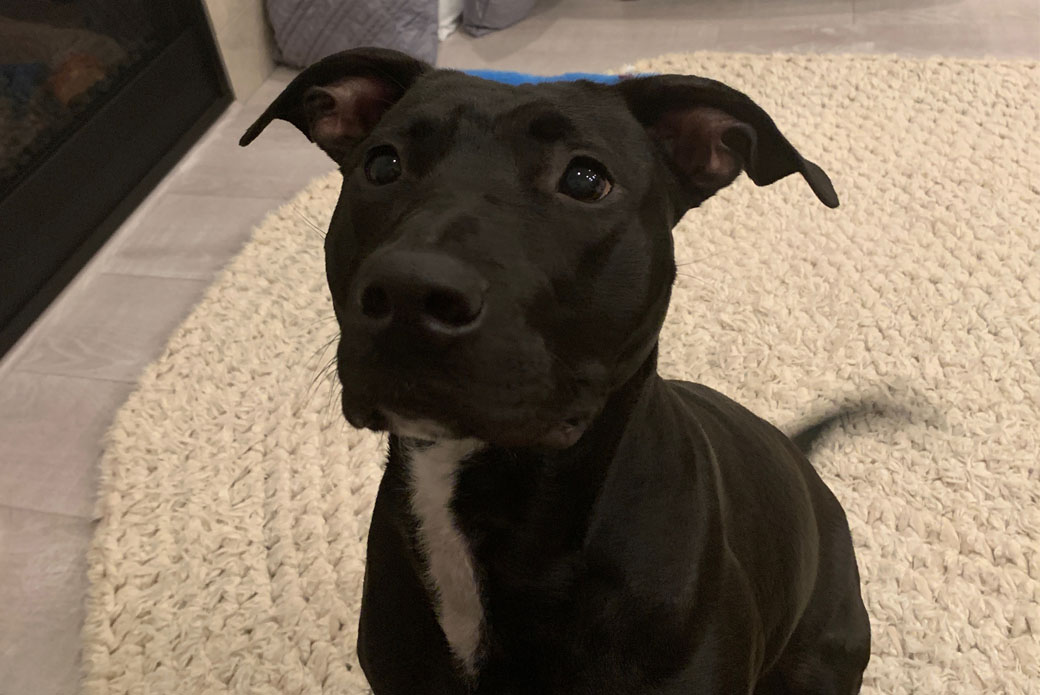 “She is settling in perfectly and is so happy,” wrote Olivia Murray-Ceriello. “She has the most amazing, cutest, funniest and goofiest personality, and I’ve never been so in love!”

Olivia adds that Gelato is a, “huge bed hog,” and that she and her partner are considering getting a larger bed to accommodate their new family member.

Olivia says Gelato is also a good listener and very sweet and loving.

“We set up her crate and left the door open so that she could go in and out freely,” Olivia explains. “At one point she went in, sat down and played with her toys for several minutes. She also loves walks and is so incredibly happy.”

“I'm sure you hear this a lot,” Olivia adds, “but you have changed our lives for the absolute best.”

From Timid to Confident

Sadie, a two-year-old terrier mix from Washington Parish in Franklinton, Louisiana, continues to do beautifully, according to her adopter, Claire Viarengo.

“True to her adolescent self, Sadie is beginning to show some confidence that was stifled at first by her timid nature,” says Claire. “But mostly she just wants to be a lap dog.”

Like Gelato, Sadie has taken to her crate, and within an hour of arriving to her new home, settled in with a Kong and warm blanket. 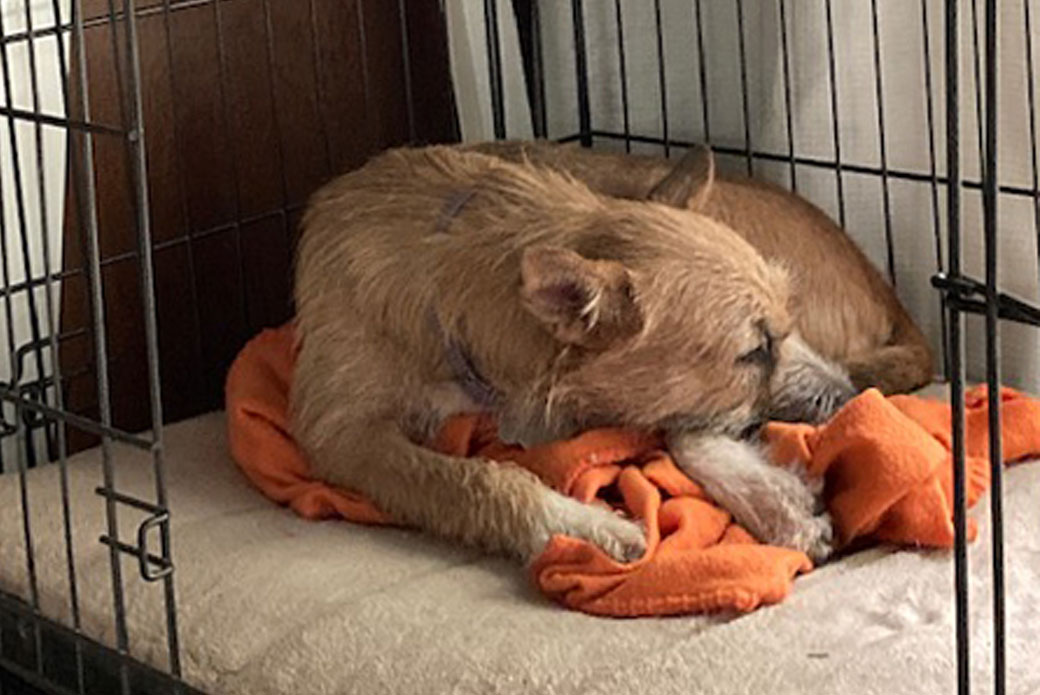 Now that the 2020 Hurricane season has come to an end, we are grateful to the many transport collaborators, shelter partners, foster caregivers and adopters providing second chances for animals left homeless by Hurricane Laura.

“Our partners are such a critical part of our rescue efforts,” says Tim Perciful, Manager of Disaster Response for the ASPCA.

“It’s great to know these pets—who would otherwise still be at-risk—are not only safe as a result of our work but also on their way to loving homes,” adds Erin Robbins, Vice President of Wings of Rescue. “That never gets old.”