Big Man Opens the Door to a New Life

When a beautiful, affectionate Golden Retriever-mix named Big Man was found as a stray, staff at City of Little Rock Animal Services thought a family would surely come looking for him.

While they waited, Big Man got to hang out with staff in the administrative wing. About a week into his stay, they quickly learned that he had figured out how to open doors and let himself outside—which could have been why he was found wandering the city.

With that mystery solved, one question still remained: why had no one come to claim this smart pup? Nonetheless, the Little Rock team made Big Man feel comfortable in his temporary home. He settled in quickly, learning who would take him outside and who had treats. He loved people and became close with another senior dog named Liz. Most days, they rested and enjoyed life together.

“We kept waiting for someone to come find this wonderful older dog, but no one ever came,” says Tracy Roark of City of Little Rock Animal Services. As weeks passed, it became apparent that no one was looking for this sweet gentleman. 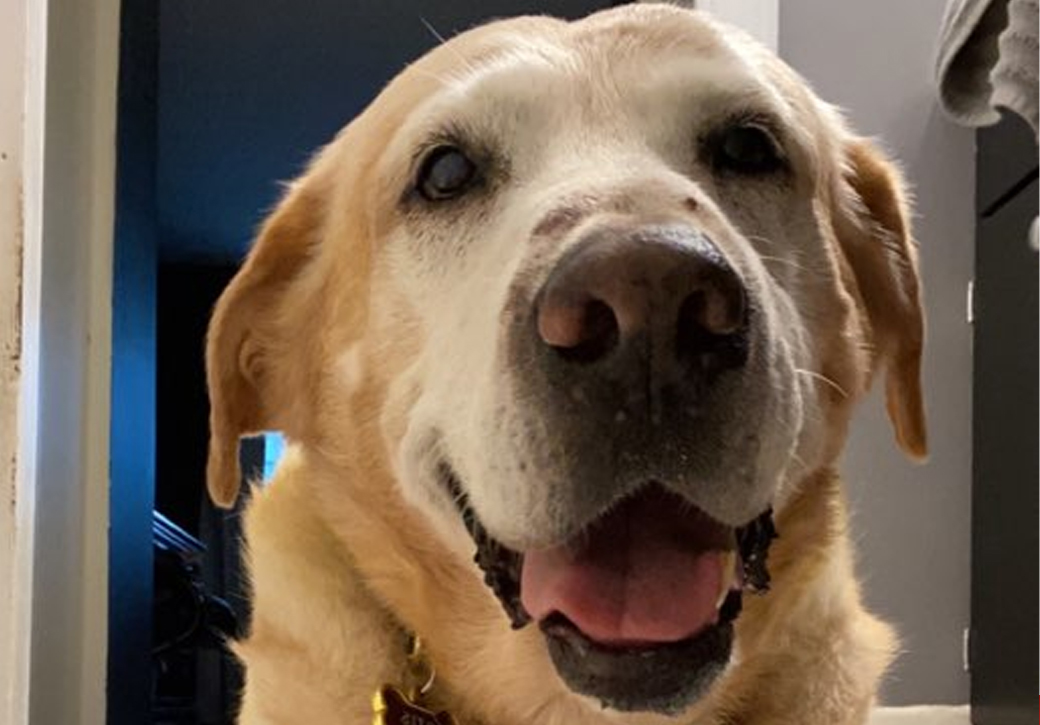 The City of Little Rock Animal Services is a partner shelter in the ASPCA Relocation program, which finds animals loving homes in areas with high adoption demand. Tracy reached out to the ASPCA, knowing we could help him find a great family.

“When it was time for him to be transported, it was bittersweet. We loved having him around but knew in our hearts he should be in a loving home.”

In July, Big Man embarked on the next leg of his journey as he was transported from Little Rock, Arkansas to Louisville, Kentucky.

“More than half of the animals who come to us are on transports from overcrowded shelters and the ASPCA is a wonderful partner of ours who bring us lots of great animals needing homes,” explains Megan Decker of Kentucky Humane Society (KHS).

Big Man quickly stole the hearts of his new friends. “Big Man was such a jolly, exuberant soul. He would prance around his kennel, snuggling with his plush toys and quickly became a favorite among our staff,” Megan tells us. 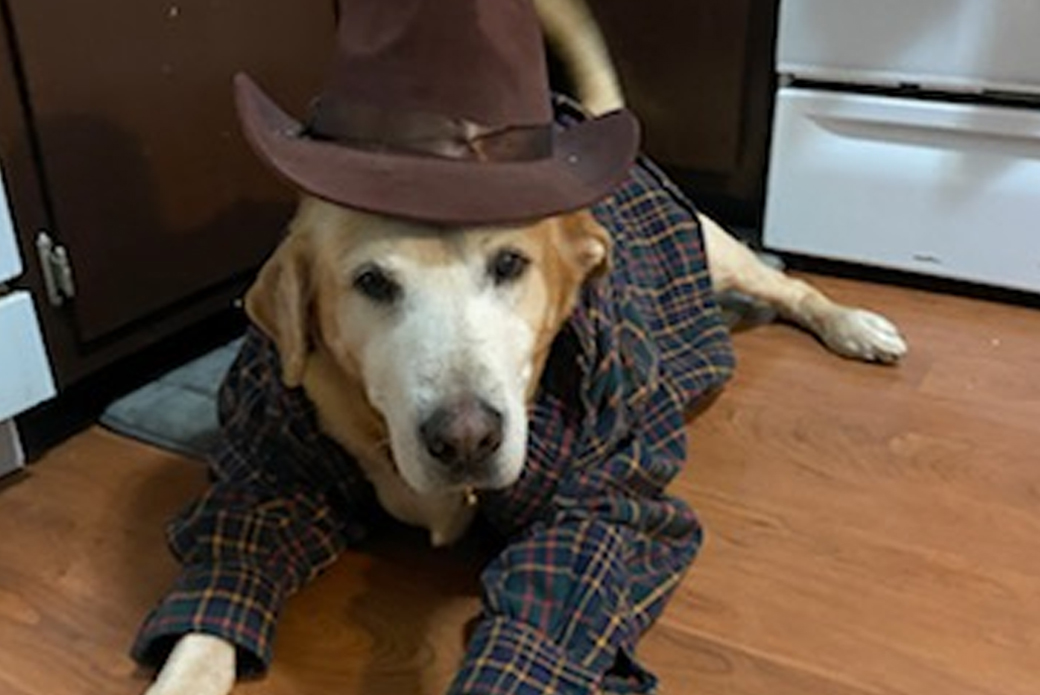 As a Golden Retriever-mix, the KHS team thought he would be scooped up by a family eager to claim the gentle giant in no time. But sadly, at 10 years old, Big Man wasn’t the first pup picked. He was continually passed over, despite having just as much love to share as any other dog.

Megan noticed Big Man’s sad demeanor as adopters continued to pass him by and took action. “I posted him on the Kentucky Humane Society's Facebook, Twitter and Instagram pages in the hopes of a great family seeing him and realizing their new family member was waiting for them at the shelter. As it turned out, that's exactly how Big Man's adopter saw him and fell in love!”

Big Man of the House

Riley and Richard—two longtime animal lovers—were already pet parents of rescue dog, Louie, and rescue cat, Ferguson. “We were not looking to add to our family, however, when you know, you know,” says Riley.

Richard saw Big Man posted multiple times on KHS’s social media—repeatedly pulling at his heart strings. Richard and Riley wanted Big Man to find a loving home so badly. They decided that since KHS was close to their house, they’d pay him a visit and bring Louie along.

“We were instantly drawn to his quirky personality and positive outlook on life,” Riley says upon their first meeting with Big Man. “Louie and Big Man got along immediately and there was no hesitation that he would be a part of our family from that day on. We had so much more love to give, and he deserves it all!” 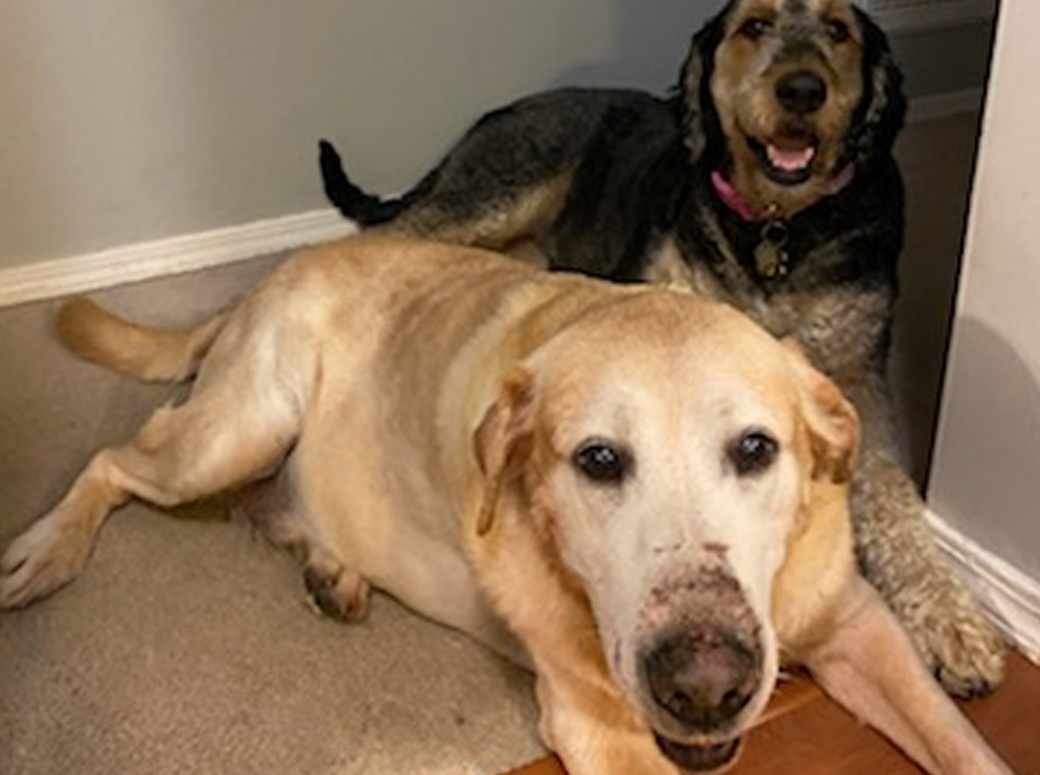 In only a matter of days, Big Man—now Otis, felt right at home. He loves squeaky toys, dinner time, nap time and laying in mud puddles.

And because old habits are hard to break, he also enjoys opening doors—no matter how heavy. His new pet parents are keeping him extra safe, especially knowing his past adventures. 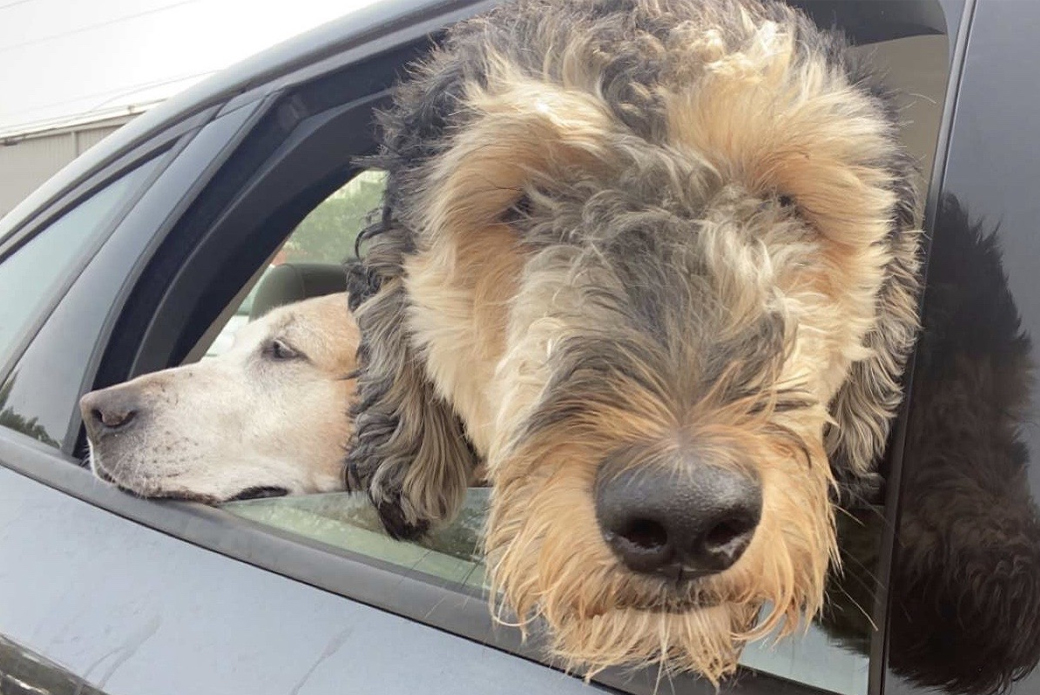 Riley and Richard are truly enjoying life with their trio. “Louie brings a lot of energy to the group, Ferguson enjoys keeping to himself, but Otis reminds us all of the little things in life—snuggles are essential, food is the key to happiness and there is always time to play in puddles.”

Animals bring us an infinite amount of joy, and in trying times we could all use a little more of that unconditional love.

No matter what age, all homeless dogs and cats deserve as much love from us as they share with all. Senior pets like Big Man are just looking for a loving place to rest their heads and spend their golden years.

Riley reminds us, “Shelter animals each have their own background stories, but something they all have in common is their desire for a loving home. Adopting a shelter dog isn’t about finding the right breed or the cutest pet, it’s about opening your home to a lifetime of happiness.”