The ASPCA Cruelty Intervention Advocacy (CIA) program works collaboratively with pet owners to help improve the welfare of their pets in the five boroughs of New York City. Launched in 2010, the innovative initiative proactively addresses situations that fall short of animal cruelty but that nonetheless require services to improve the situation, such as animal hoarding cases or cases of financial instability, domestic violence, or medical or mental health challenges.

In order to effectively save lives, the CIA team often works in tandem with other ASPCA programs such as the ASPCA Animal Hospital and the ASPCA Adoption Center to accept surrendered animals, provide them with needed medical care and ensure their placement into loving homes. One such occasion occurred just last week, when more than 40 cats were removed from a heartbreaking hoarding situation in a New York City apartment.

The case began when a concerned neighbor alerted the ASPCA to the potentially dangerous situation after noticing a strong odor coming from the apartment. Not sure where to turn, the neighbor contacted the Adoption Center, who in turn contacted the CIA team. Upon arrival at the scene, CIA team members discovered 44 cats, mostly kittens, living in a small apartment with two people. The majority of the animals had not been spayed or neutered and were reproducing rapidly as a result.

“The owners were very happy to receive our assistance,” said CIA Case Manager Lisa Kisiel. “They were aware that the situation had grown beyond their control, but they hadn’t known who to reach out to.” Ultimately, the owners requested that all but two of the cats be removed and cared for by the ASPCA.  “The whole team was there to help provide that service,” Lisa says.

CIA Case Manager Lisa Kisiel with three of the cats from this case.

After their removal, the cats were transferred to the ASPCA Animal Hospital, where they are currently receiving medical examinations and care including vaccinations and spay/neuter operations. When they’re ready, they will be sent to the ASPCA Adoption Center to be placed into loving homes. The CIA team will continue to work with and check in on the owners to provide them with the necessary services to prevent a similar situation from occurring.

“This was a just-in-time intervention,” says Colleen Doherty, CIA Director. “Most of the cats are healthy, friendly and stable—given the tenuous nature of these cases, we are grateful to have been connected to this family at this stage and not later.” 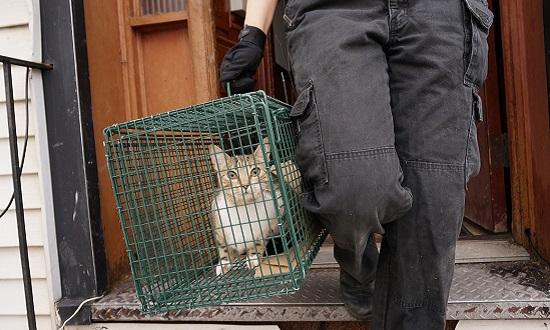 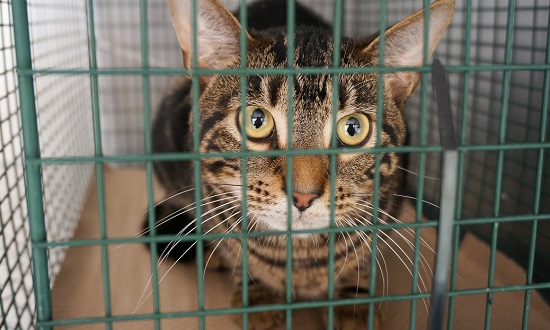 Animal hoarding is a complex public health issue that affects both the animals and the humans involved, and early intervention allows for the best possible outcome. In addition to helping the animals in these situations, the ASPCA also links the people involved to social service agencies that can provide counseling, deep cleaning, subsidized meals and case management, and in many cases continues to actively monitor the situation once it has been stabilized.

In 2016, the ASPCA’s CIA team conducted 73 hoarding interventions and assisted more than 1,900 animals. You can help us continue to protect vulnerable animals at a moment’s notice by making a donation today.