On December 13, the ASPCA was thrilled to honor 11 members of the New York City Police Department (NYPD) and two Assistant District Attorneys for their commitment and dedication to helping animals through the NYPD/ASPCA Partnership.

At a special luncheon held at the ASPCA Adoption Center, the honorees were presented with appreciation awards for the critical roles they played in the enforcement, investigation and prosecution of animal cruelty and neglect cases over the past year—roles like that of Sergeant Maria Sexton, who works to ensure that animal cruelty complaints are investigated, and even took a rescued dog out on patrol; or Detective Dennis Steele, who played a role in the rescue of hundreds of animals and numerous arrests in animal cruelty cases, including the arrest of animal fighter Jeremias Nieves; or Police Officer Joshua Sailor, who not only rescued a dog from extreme cruelty—he adopted her.

“The ASPCA is proud to recognize these 13 individuals for their extraordinary dedication to improving the lives of animals across the five boroughs,” said Howard Lawrence, Vice President of ASPCA Humane Law Enforcement. “Their achievements further demonstrate the importance of tackling animal cruelty and neglect to help build a safer and more humane community.” 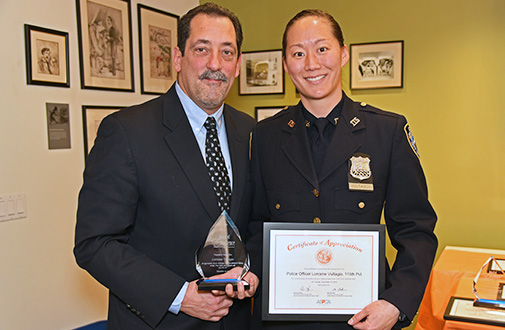 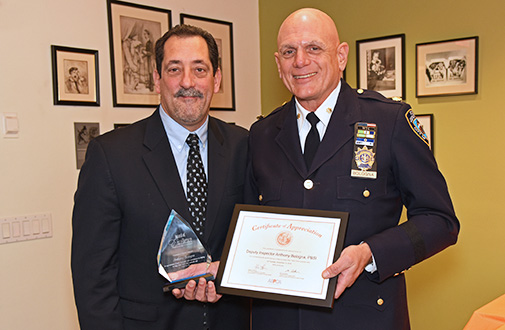 Please join us in congratulating—and thanking—all of this year’s honorees:

Launched in January 2014, the NYPD and ASPCA citywide partnership continues to have a considerable positive impact for New York City’s vulnerable animals. Since its launch, there have been triple digit increases in arrests and animals treated, and this year’s honorees played a critical role in this important work.