Not only is October Adopt a Shelter Dog Month, but it also marks the grand opening of the ASPCA’s new CARE Ward. This ward was created specifically to house and care for canine victims of cruelty brought in through our partnership with the New York City Police Department, and in honor of this momentous occasion, we want to share the Happy Tail of Atlas, a pit bull rescued from horrific abuse. Atlas is living proof of the resilience of animals, and his story serves as an inspiring reminder that an animal rescued from cruelty could soon become your next best friend.

Atlas was rescued by the NYPD at the end of May. The two-year-old pit bull had suffered terrible cruelty at the hands of an abuser in the Bronx, New York, and was brought to the ASPCA Animal Hospital for treatment. He spent nearly a month in the Hospital, during which time he also received a neuter operation, but he never once lost his sunny-sweet disposition. Staff noted that Atlas “loves every person he meets and loves to be pet”—and with his painful past behind him, he was soon ready to begin his search for a loving home.

At the ASPCA Adoption Center, Atlas’s sweet face helped him get the attention of Tricia R., also of the Bronx.  “I decided to adopt a dog because I really missed having dogs around like I had growing up,” Tricia tells us. She had just finished school and finally had the time and resources to care for a pup of her own. 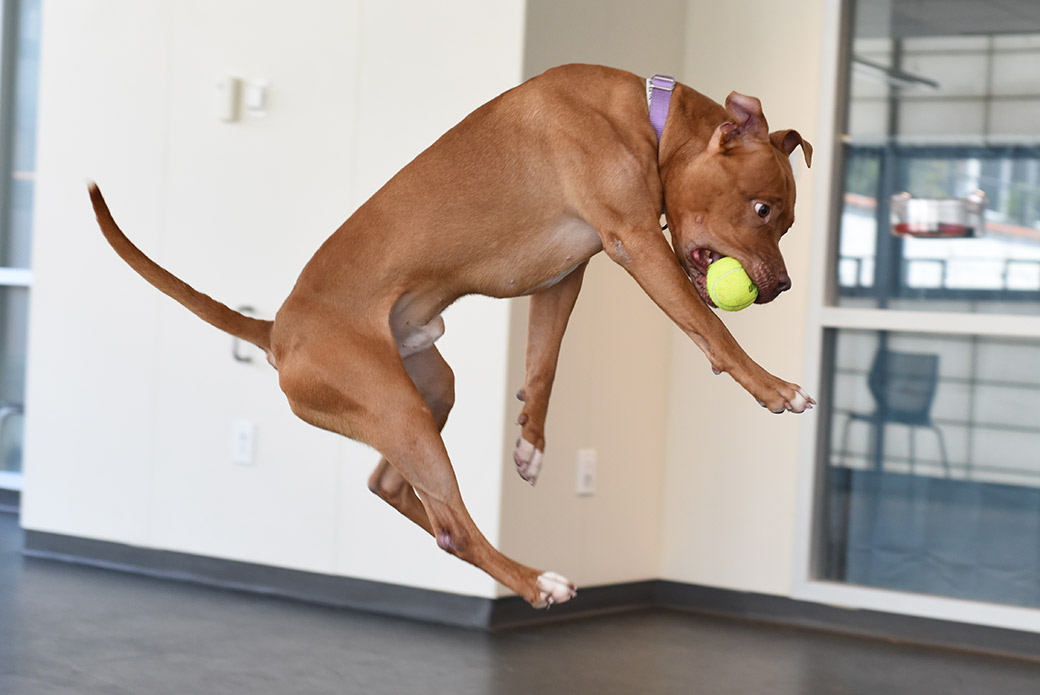 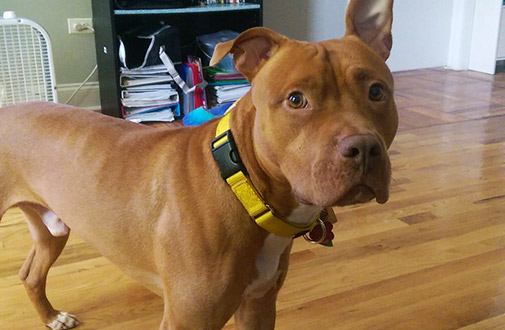 Tricia had been to the ASPCA Adoption Center once before to tour the facilities and “get all the paperwork out of the way,” though she first spotted Atlas on the ASPCA website. “He showed up online with a blurb about how smart and eager to please he was, and I knew he was the one,” she recalls. “I went to the Adoption Center the next day to meet him and it was love at first sight!”

After making the adoption official, Tricia reported that Atlas “adjusted to life at home with lightening speed,” and that he and his feline brother Gus love to play together. Atlas loves spending time with Tricia, whether it’s hanging out at home or romping through the nearby park, and he is also fond of making canine friends.

As if surviving abuse weren’t achievement enough, Atlas has more big plans for his future: In December, when he and Tricia pass their six-month-mark together, he will officially begin training to become a therapy dog. Not only will this special pooch bring joy to his new adopter, but he’ll spread so much happiness to others as well—and prove once more that, no matter how dark the past, every single animal deserves a bright future. 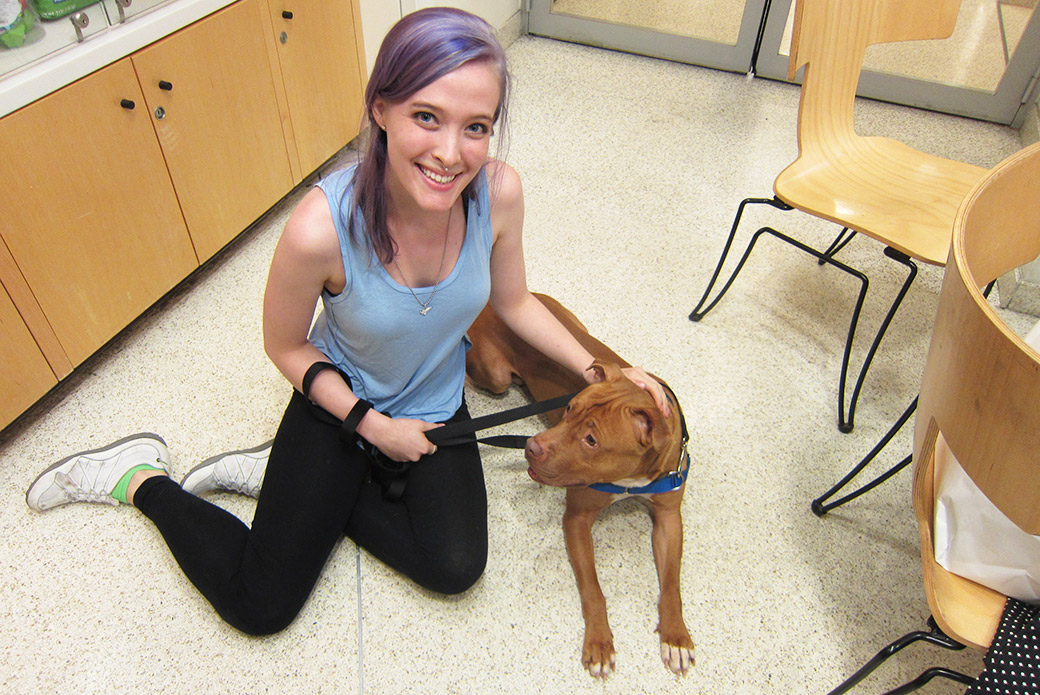