One of the Worst Cases We've Ever Seen: Adam's Miraculous Recovery

Pat and Chuck Feldman wanted to adopt another dog as a playmate for their young Boxer, Cooper, when they visited the Providence Animal Center (PAC) in Media, Pennsylvania, where Cooper had recently taken puppy socialization classes.

The Feldmans, who also have an older Boxer named Mocha, initially had their hearts set on another Boxer. “But mostly we just wanted the dogs to get along, and for a new dog to be respectful of Mocha,” says Pat.

Dayna Villa, PAC’s Director of Operations, suggested the Feldmans take a look at Adam, a mixed-breed who had been transferred to PAC in September from a Florida shelter that was emptying its kennels in advance of Hurricane Irma.

“Of all the dogs in the Center at the time, Adam seemed to be the best fit as a playmate for Cooper,” says Dayna. “And when working with adopters with multiple dogs, the individual temperament traits of the dog are a much more important focus than the breed.”

Pat and her son Michael, 17, took Cooper and Mocha to meet Adam, a white dog with brown spotted floppy ears.

“He was so cute,” Pat recalls.  “He was so happy to see Cooper and Mocha, and he was jumping around like a puppy.”

What the Feldmans didn’t know was how far Adam had come from his former life, which began in conditions of overcrowding and neglect. On May 26, the ASPCA, at the request of the Liberty County Sheriff’s Office, managed the removal and transport of 55 animals living in unsanitary conditions from two properties in Bristol, Florida, approximately 50 miles west of Tallahassee. Adam was one of those neglected animals. 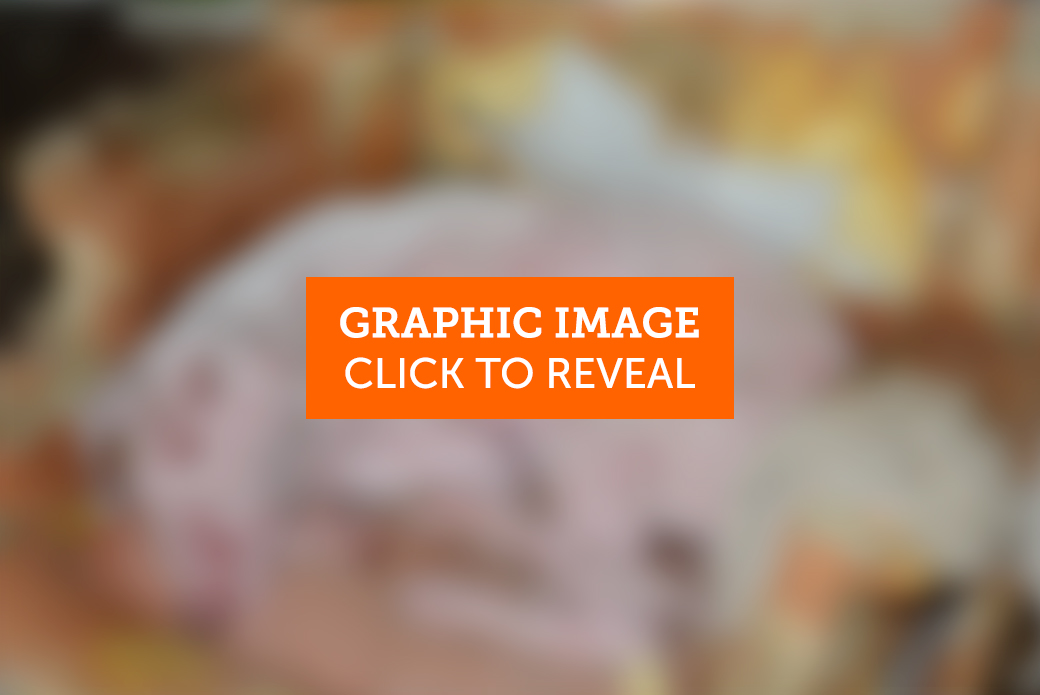 At the time of his rescue, Adam's severe condition shocked responders. Warning: this picture contains graphic imagery. Please mouse over or click to view.

Escambia County Animal Services, located in Pensacola, Florida, supported the effort by providing sheltering and medical care for many of the animals, including Adam, who at the time suffered from a severe skin infection and numerous untreated medical problems.

“These animals had been living in deplorable conditions for quite some time,” recalls Adam Leath, Southeast Regional Director of the ASPCA Field Investigations and Response team (FIR). “When I first met this dog [Adam] during our rescue effort, I really worried about what his future might look like.” 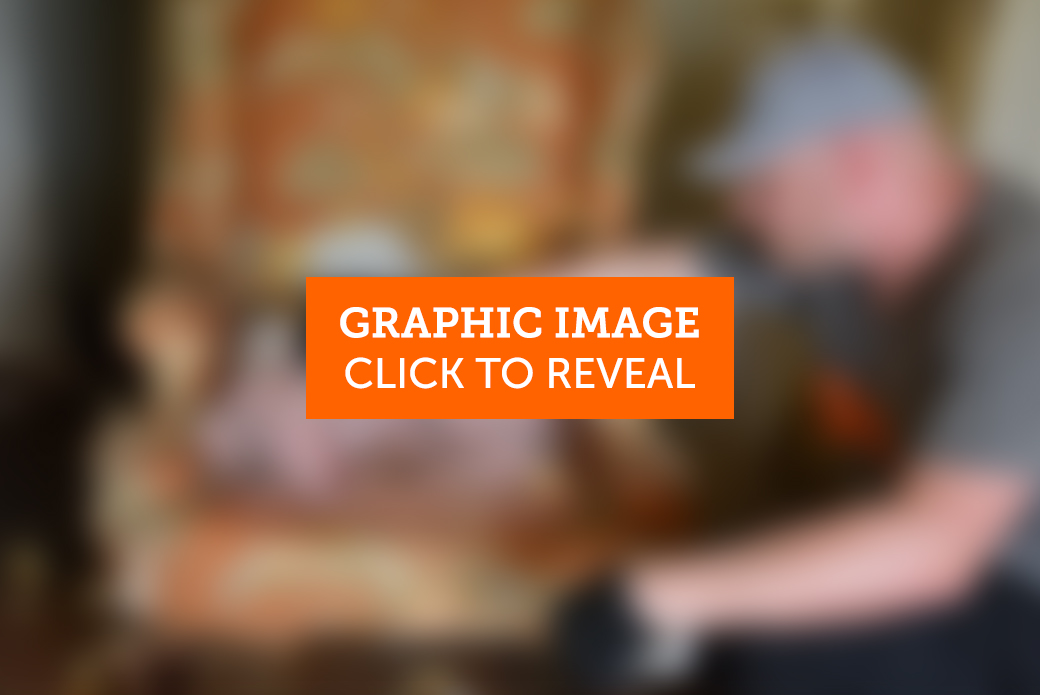 Warning: this picture contains graphic imagery. Please mouse over or click to view.

“He was among the worst cases I’ve seen in my many years in animal welfare,” adds John Robinson, Division Manager of Escambia County Animal Services. “Aside from his poor physical condition, he was extremely fearful and under-socialized, and showed signs of depression and stress.”

Warning: this picture contains graphic imagery. Please mouse over or click to view.

Knowing that they must move quickly to help him, the ASPCA put in place treatment protocols for Adam—named after the ASPCA’s Mr. Leath—and the other dogs requiring medical care. After several weeks of medicated shampoo baths and antibiotics, the once-ailing dog began to come out of his shell and his hair started to grow back.

“He responded well to treatment and developed a little personality in his short stay here,” says John, whose staff also helped socialize Adam. “We eventually saw some personality come around.”

After a month at the shelter, and with Irma looming, Adam was transported to PAC in order to make room for animals that would likely be displaced by the hurricane. At the time, Adam still showed signs of stress, so PAC staff put him in playgroups to help him gain confidence and get used to other dogs. “We would reward him for being relaxed, having fun, approaching us,” Dayna explains. “Soon he began to enjoy his stay.”

“I was hoping for the day when the light switch would go off, and it did,” adds John of Adam’s transformation.

Though Adam took time to blossom, he soon became the dog everyone knew he had the potential to be—fear no longer held him back. “He’s really a dog’s dog,” says Pat, who adopted Adam on October 4, and renamed him Astro. “The dogs run like crazy and wear each other out in the backyard.”

Pat notes that Astro is enrolled in a beginner’s manners class. He is mildly interested in the family’s three cats—Gizmo, Oreo and Baby—but loves squeaky toys and the couch. “He picked his spot as soon as we got him home,” Pat says. 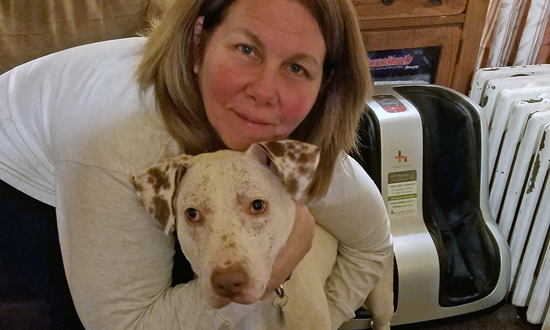 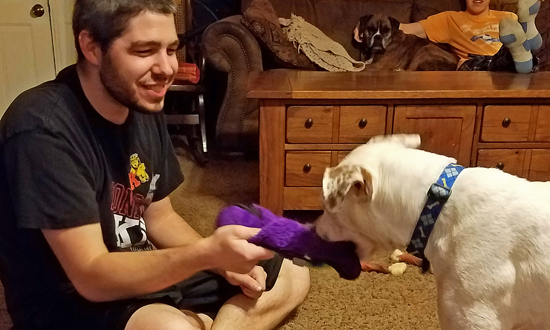 “Seeing Astro today gives me strength to continue fighting for the victims of cruelty,” says Adam Leath. “My heart goes out his new family, who gave him a second chance at life and have shown him what it’s like to be loved.”

“Finding adopters like the Feldmans, who are willing to work with shelter staff to find the best match behaviorally for their household, instead of focusing strictly on breed, are the best,” adds Dayna.