Yesterday, the ASPCA, The Humane Society of the United States, Animal Justice League of America and other local and national organizations assembled in Jefferson City to support H.B. 2241/H.B. 2244, legislation that would prohibit all breed-specific legislation (BSL) in Missouri. BSL is the term for laws that either regulate or ban certain dog breeds in an effort to decrease dog attacks on humans and other animals. The ASPCA has long opposed BSL and there is no evidence that these laws make communities safer. 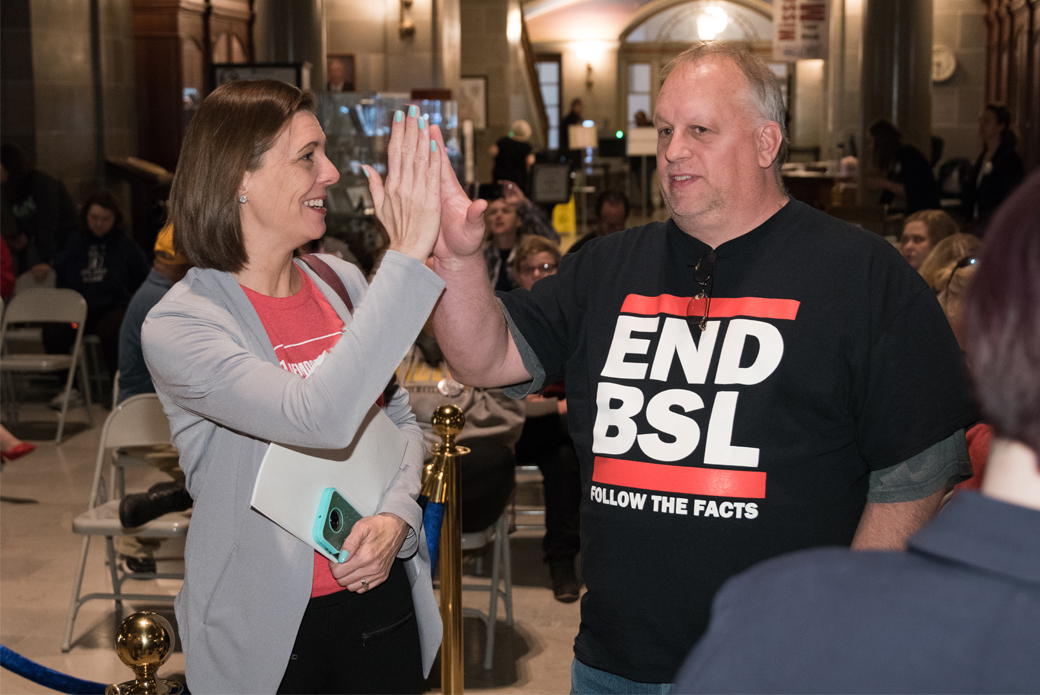 Hundreds of Missouri residents, including service dogs, gathered in the Rotunda of the State Capitol to hear from Representatives David Gregory and Ron Hicks, the bill’s sponsors. Rally attendees cheered in support of ending BSL, which still exists in almost 50 municipalities across Missouri. These ineffective bans prevent approximately 320,000 Missourians from choosing the dogs they want for their families, while punishing otherwise friendly, well-socialized dogs. 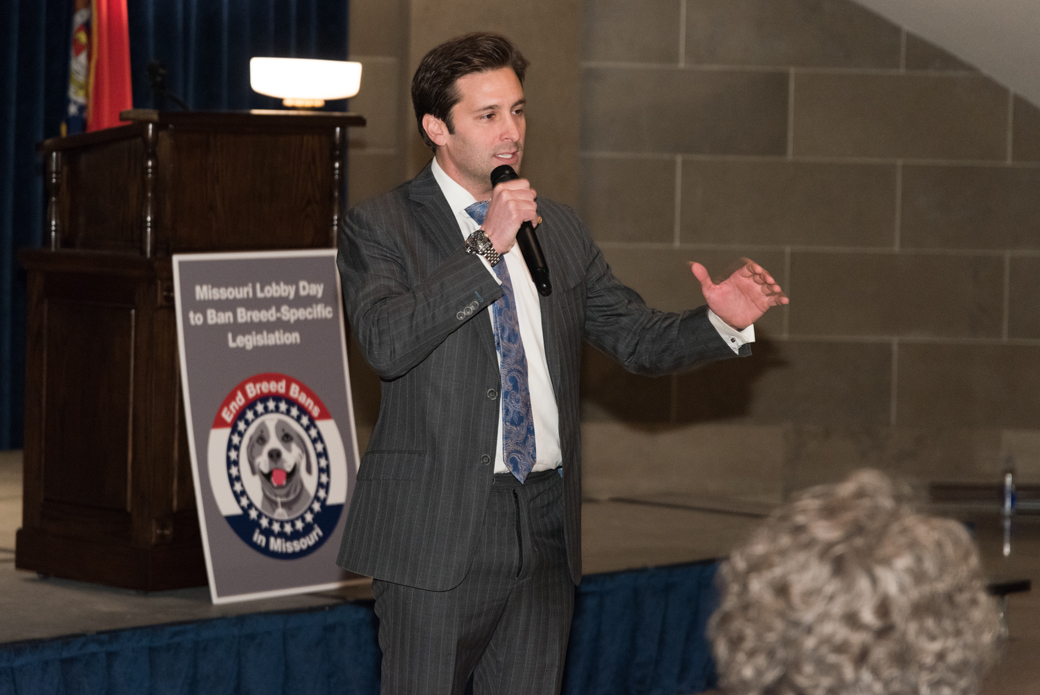 “The worst part about [BSL] is it doesn’t work!” Rep. Gregory exclaimed to attendees. “There is absolutely zero evidence that breed-specific legislation is effective in any way, shape or form.”

We were thrilled when, shortly after the bill sponsors spoke, H.B. 2241/2244 was called up by House leadership for a floor debate and received almost unanimous support. The bill could be passed in the House within the next few days, after which it will move over to the Senate. After advocates observed the House debate, they visited their lawmakers’ offices equipped with bill factsheets and red, white and blue buttons that read “End Breed Bans in Missouri” to thank representatives for their support. They also urged their senators to support the bill when it moves to that chamber.

We were joined by special guests Shorty Rossi, who starred in the television show Pit Boss on Animal Planet, his service pit bull, Ares, and four other service dogs, including Einstein (pictured below). Having these guests only reinforced everyone’s support for keeping humans and their animal companions together. 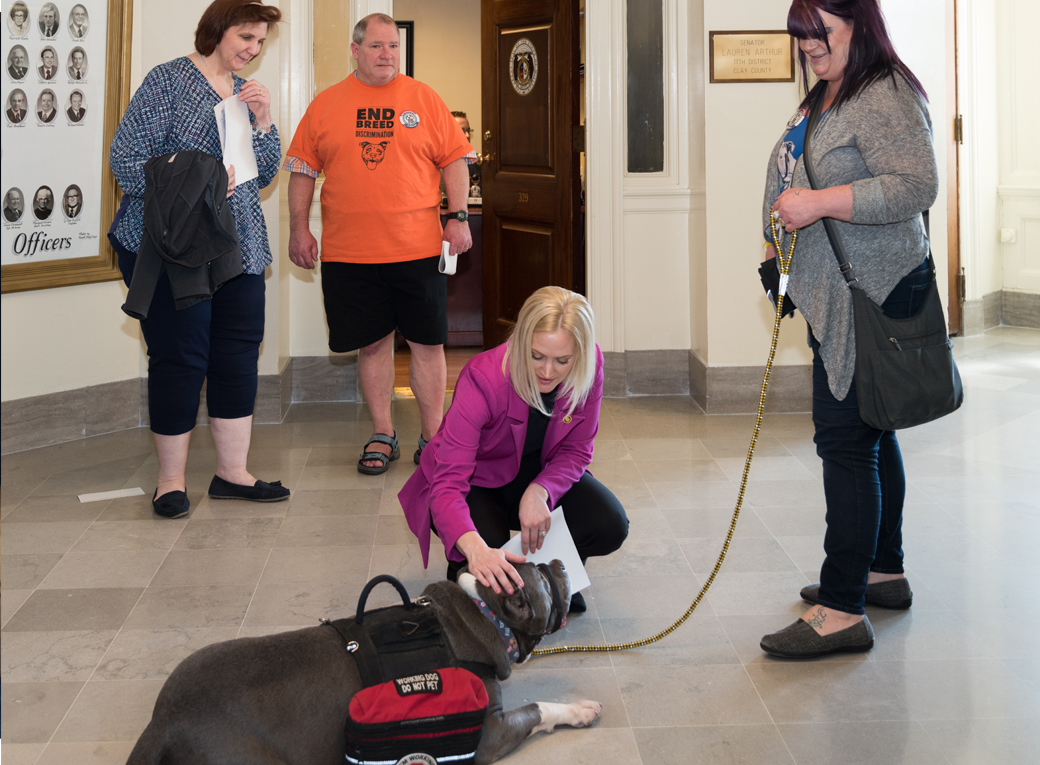 Pictured: Einstein the service dog lobbying with his human companion