When the Kentucky Humane Society (KHS) in Louisville, Kentucky, closed in March due to the COVID-19 pandemic, Lauren N. and her husband, Cody, decided to foster a five-month-old Saint Bernard/Mastiff-mix named Rhonda who had been transferred to KHS from an overcrowded shelter in western Kentucky.

“I knew firsthand how caring and compassionate the staff is, and we wanted to do our part to help KHS during their time of need,” says Lauren, a U.S. Army veteran and former KHS intern. She and Cody began fostering Rhonda on March 25 and joined an online dog training series hosted by KHS to help prepare Rhonda for adoption.

“I could tell she was eager to learn,” Lauren recalls. “She picked up everything so fast. And she got along great with other dogs as well as our two: Riggs, a Rhodesian Ridgeback-mix; and Ruby, a Boxer-mix.”

It wasn’t long before Rhonda was tuning into Lauren’s emotions and the pair developed a strong bond.

“When I was upset, she would want to be by my side,” explains Lauren, who suffers from a chronic pain condition that can restrict her mobility, as well as anxiety and PTSD. “We had her temperament tested by two dog trainers to assess if she’d make a good service dog, and she passed both with flying colors. She also passed the AKC’s Canine Good Citizen test.”

Rhonda is one of thousands of vulnerable animals helped by the ASPCA’s COVID-19 Relief and Recovery Initiative, a multi-million dollar effort benefitting pets and animal welfare groups impacted by the outbreak. As part of the initiative, $2 million in grant funding was awarded to more than 50 animal welfare organizations, including KHS, whose programs, operations, or fundraising capabilities have been severely affected by the COVID-19 crisis. The emergency relief grant funding is made possible in part by The Alex and Elisabeth Lewyt Charitable Trust, which donated $500,000 to support the ASPCA’s pandemic response efforts.

After shutting down in late March, KHS had to lay off 65% of their staff, leaving just 40 employees. (They’ve since hired back 55 workers and most services have reopened.) They also had to permanently close seven of their micro adoption centers, and their S.N.I.P. (Spay/Neuter Incentive Program) clinic is operating at half its capacity due to social distancing mandates.

“We normally handle up to 75 surgeries per day,” says Andrea. “That really hurts our hearts.”

Like many animal welfare organizations, KHS is offering online applications and adoptions by appointment at its three remaining locations. One bright spot: 85% of online applicants convert to adopters!

“The public has been very kind,” says Andrea. “Adoptions and spay/neuter are at the heart of what we do, and not allowing walk-ins has really changed operations dramatically. We’re all having to adjust to the new normal, but we’ve been agile in navigating this crisis.”

Like shelters across the country, KHS benefitted from an outpouring of foster care volunteers when they closed their doors.

“We got 280 animals out—almost all—except for 40 who had medical and behavior issues,” says Megan Decker, KHS Media Manager. “Normally, we don’t put healthy, adoptable animals in foster homes, yet foster caregivers had their animals for over two months, when it’s usually two weeks.”

Further demonstrating the high level of compassion in this community, 25% of KHS’ foster caregivers converted to adopters. One of those fortunate adopted pets is Rhonda. Her fosters, Lauren and Cody, adopted her on May 6.

“She is still learning, but we love working together,” says Lauren, adding that Rhonda is training to be a psychiatric service dog and eventually will work up to mobility tasks for Lauren.

“Training her has strengthened our bond even more,” Lauren says. “For me, Rhonda is a source of confidence and independence. When I have symptoms like panic attacks or hyper awareness, Rhonda is there to help me calm down and refocus. Thanks to her, I am slowly feeling able to control my disability and gain a better quality of life.”

From Near Death to a New Life

“Matilda was so weak when she arrived that she had to be carried inside,” says Megan, adding that Matilda also suffered from congenital eye abnormalities. “We didn't think she would survive, but we knew we had to give it our all if she was going to have a chance.” 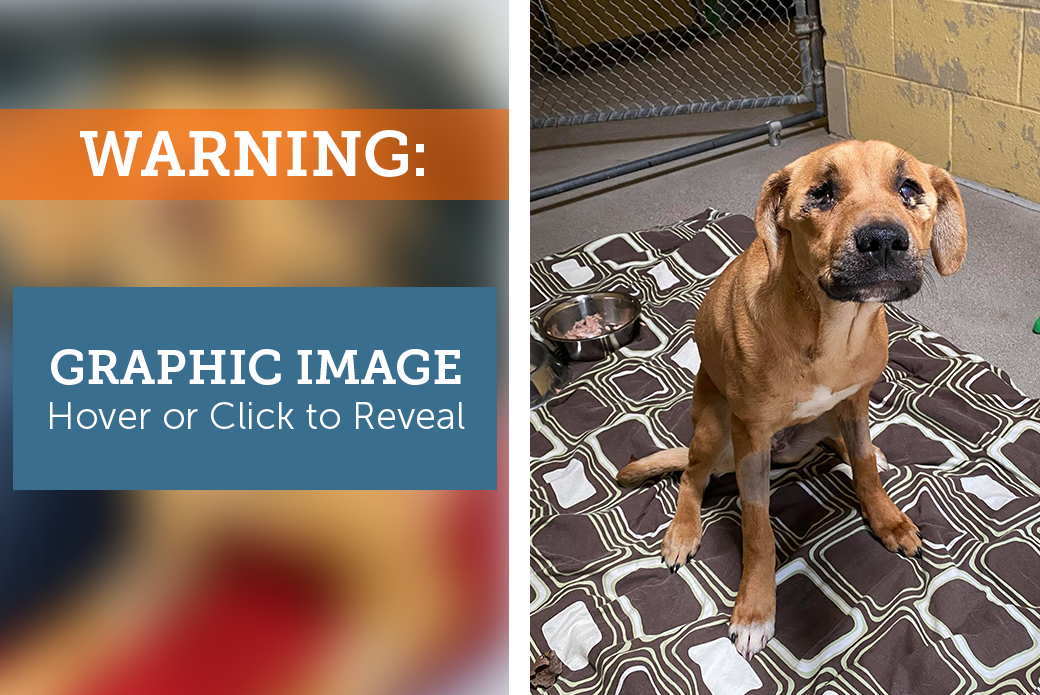 Matilda was blind in her right eye and her left eye suffered from entropion, a painful abnormality in which the eyelid rolls inward, causing eyelashes to rub against the cornea. Following Matilda’s treatment for parvo, veterinarians removed her right eye and repaired her left. She recovered in a foster home and was adopted May 28.

While KHS closed adoptions for over eight weeks at the start of the pandemic, they still accepted emergency animal surrenders and transfers from Louisville Metro Animal Services (LMAS), the municipal shelter in Louisville, Kentucky, where Matilda originated, and from partner shelters around the state.

Maggie, a tiny two-month-old calico kitty also transferred from LMAS, had suffered a horrific “de-gloving” injury. The skin on her right front paw had been torn off, leaving her with a necrotic foot.

The KHS veterinary team cleaned Maggie’s wound and treated her pain. Unfortunately, her limb needed an immediate amputation. She was placed in a loving foster home where she thrived, and on June 3 was adopted by a family who spotted her profile online.

For KHS, the work is not always about dogs and cats. They recently rescued 21 emaciated horses from a Wayne County, Kentucky, farm in their largest-ever equine case. The horses were infested with parasites and suffered from rain rot, a bacterial skin disease that leaves bare spots on the skin.

Three yearlings, including Peanut, Salsa and Topaz, as well as Willie, a two-year-old Mustang/Pinto cross and Snowflower, an eight-year-old mare, were among horses in the poorest of conditions. All are being treated and rehabilitated, thanks to ASPCA grant funds.