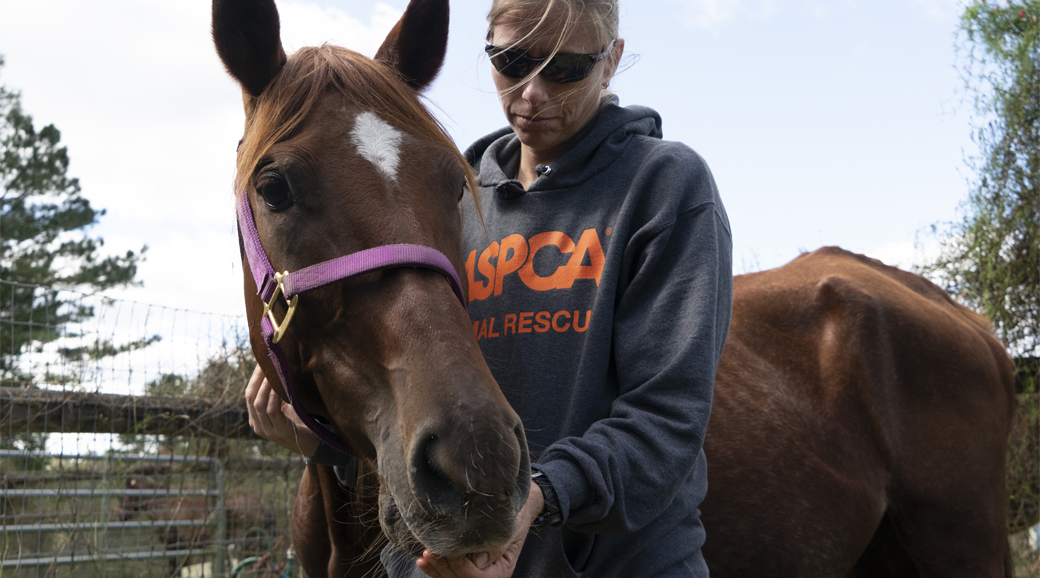 In October 2018, at the request of the Union County Sheriff’s Office, the ASPCA assisted with evidence collection and the removal of 50 horses from a 40-acre property near Lake Butler, Florida. Investigators had discovered the horses living in inadequate conditions and exhibiting signs of neglect; many were suffering from various medical issues that required immediate treatment. The remains of deceased horses were also found on the property.

While the animals recovered in the care of ASPCA response partners, the Union County Sheriff’s Office and local prosecutors announced animal cruelty charges in early July 2019 against Lake Butler residents Cheryl and Richard Ervin. The Ervins were each charged with 38 misdemeanor counts and four felony counts of animal cruelty. One count of felony animal cruelty was also brought against Pablo Rivas, who owned one of the horses on the Ervins’ property. 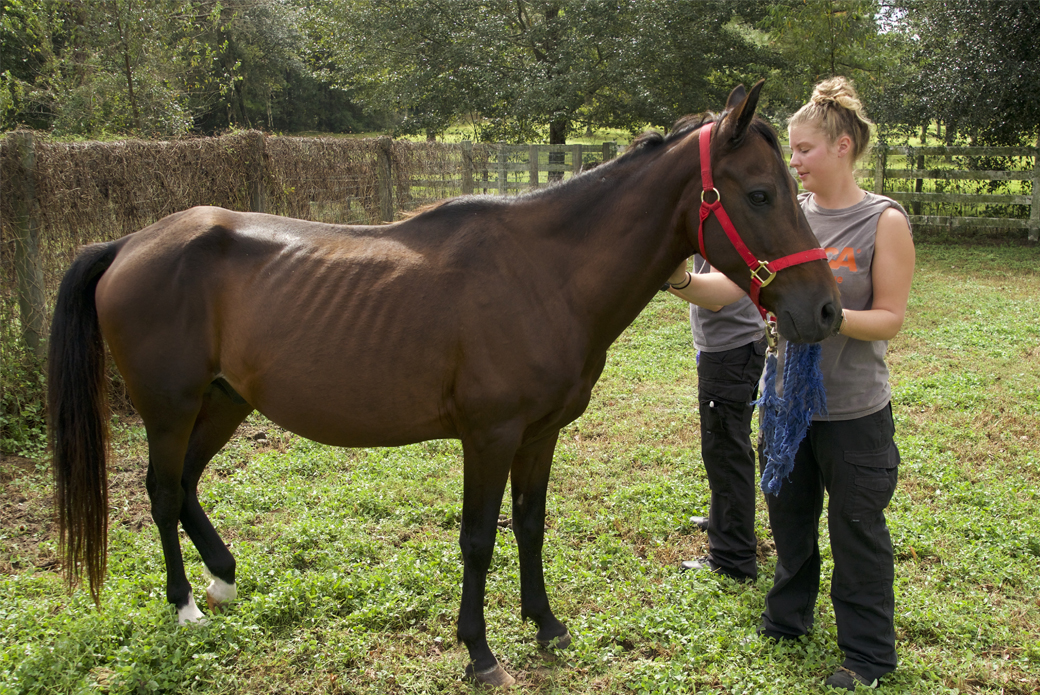 In May 2019, all three offenders entered into pre-trial intervention agreements that require probation, community service work, and restitution in varying amounts to the ASPCA. Cheryl and Richard Ervin are also prohibited from owning or possessing any hooved animals for the term of their legal agreements. With these individuals now facing the consequences of their neglect, justice has effectively been served for all the horses who suffered under their ownership.

With a positive case outcome, we now see brighter futures for all the animals who were affected. Many of the horses from this case were placed with our incredible rescue partners—including Equine Rescue & Adoption Foundation, Kentucky Humane and Horses without Humans—where a majority were made available for adoption. One rescue, Horses without Humans (HWH), took in seven of the horses. 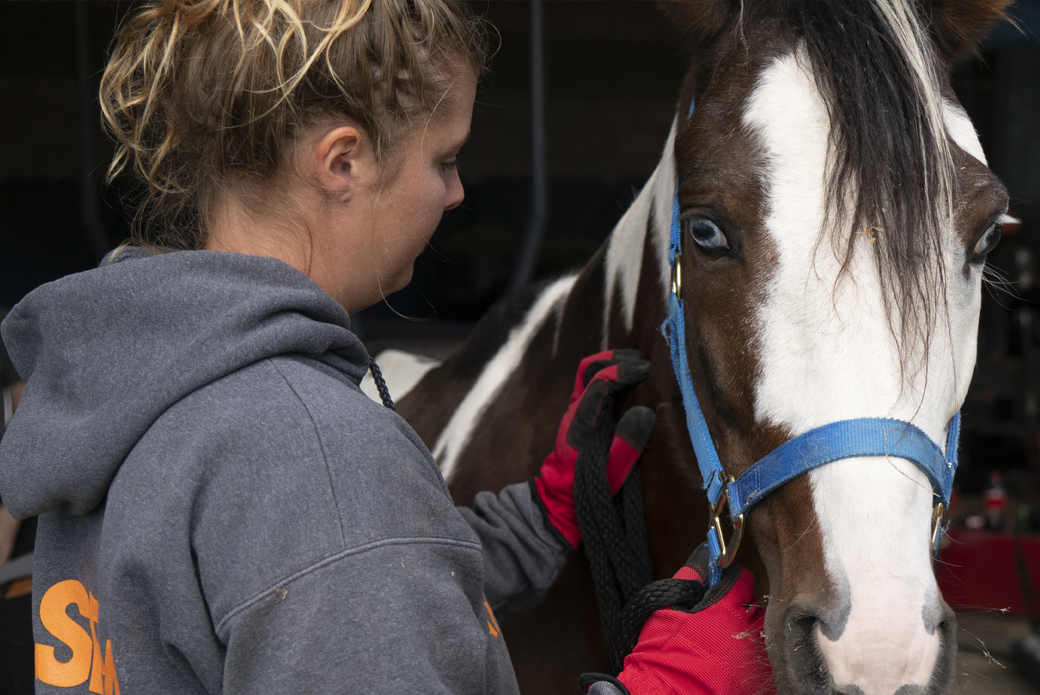 Hidalgo (seen above) was one of the rescued horses taken in by Horses without Humans.

“Upon their arrival, all of the horses were underweight, out of condition and in need of training,” says Yvonne Barteau, Founder of Horses without Humans. “But three of the horses found adoptive families after they were started under saddle, and two of the adoptions were out of state!”

Yvonne also tells us that one rescued mare remains with a foster caregiver with the possibility of adoption, and that the remaining horses are all in various stages of training. Hidalgo, a seven-year-old pinto gelding with blue eyes, has reportedly achieved “celebrity status” among the HWH adoptable horses. 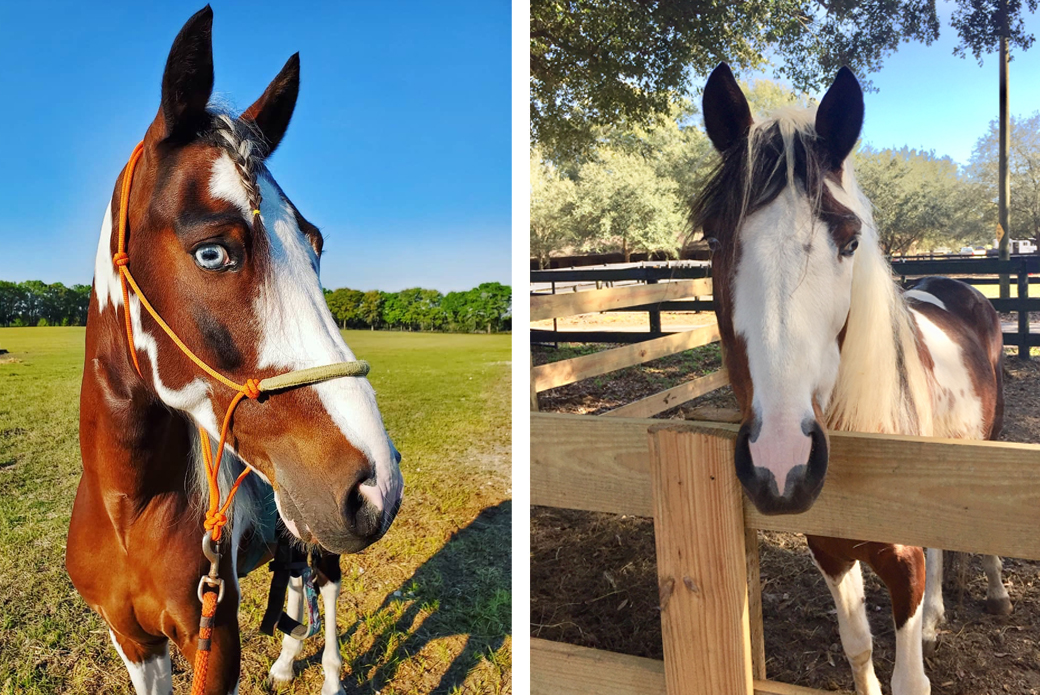 Yvonne says that Hidalgo gained his status due to his plight, recovery and ability to quickly pick up on his training. “He proved to be a good student and was soon out of the round pen and negotiating trails and obstacles around the farm,” says Yvonne. “From there, he became part of the HWH soccer team and proved to be a star at that. He also participated in ‘National Meet a Horse Day,’ with a trip to the Gainesville Starbucks®, went to the beach for a beach experience, and traveled to Perry, Georgia, for the Paso Fino National Championships, where he competed in the first ever National Championship for Rescued Paso Finos. He finished fifth in the nation.” 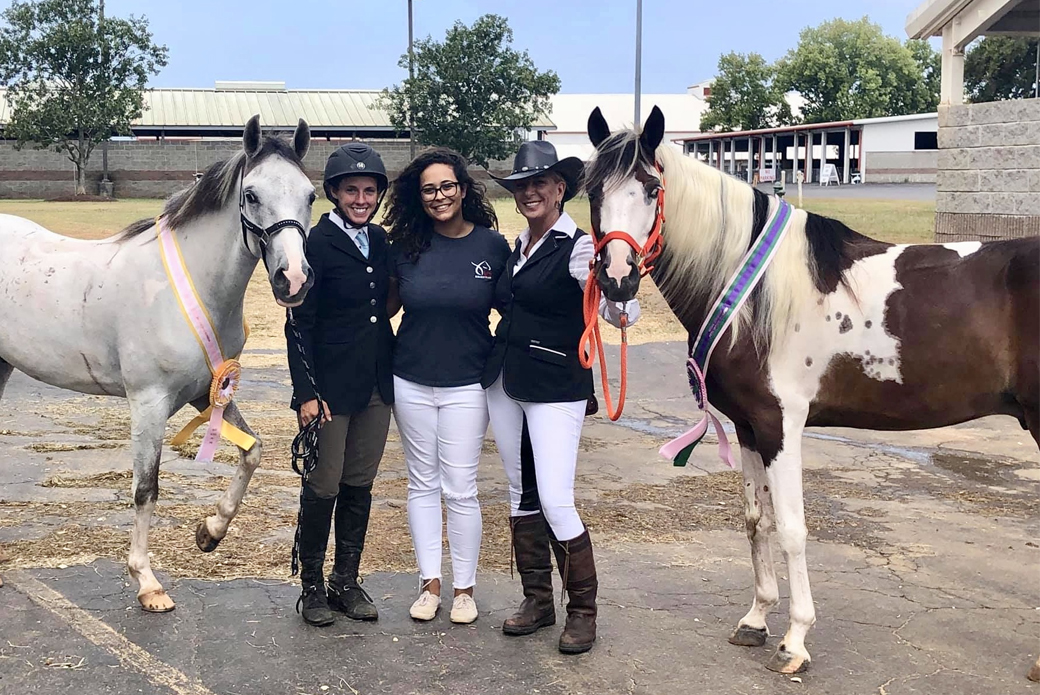 Yvonne went on to tell us that Hidalgo’s next and newest adventure is a feature role in the upcoming Spirit of the Horse Holiday Show, which is being produced by Horses without Humans this December. 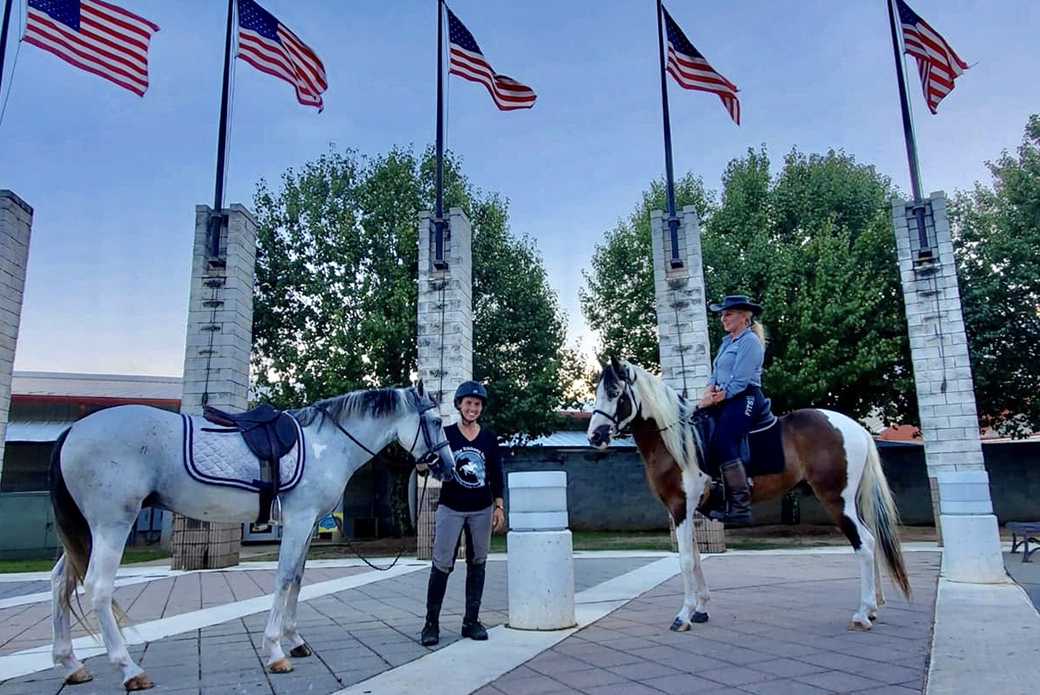 “If this list of accomplishments doesn’t put a horse into celebrity status, we don’t know what does,” Yvonne says, adding that Hidalgo is still available for adoption.

Hidalgo’s story of rescue and recovery is just one of many from this case, and we are proud to have dedicated rescue partners like Horses without Humans by our side. We thank all our partners and supporters for contributing to the rescue and recovery of animal victims—and helping us fight for justice.

Change Lives with Us!

Every donation to the ASPCA makes a life-changing difference for animals who are abused or neglected, hungry or homeless. Please change the life of an innocent animal today by making an urgent gift now.