It’s a familiar, feel-good fable: a young equestrian sees potential in an unlikely horse. Together, they overcome numerous challenges to achieve glory, inspiring all around them in the process.

For one aspiring veterinarian and her adopted horse, Ivie, this story wasn’t a fairytale, but a reality.

Danielle K.’s lifelong love of horses fueled her desire to become an equine veterinarian. Never having owned a horse herself, she spent most of her childhood in lesson barns and working with lots of different horses, trying out different riding styles and competitive disciplines.

While pursuing a pre-veterinary degree at Otterbein University, she decided the time was right to finally find a horse of her own. She loved the versatile and hardy Morgan breed, and as luck would have it, a local SPCA had recently taken in a large group of rescued Morgan horses—so Danielle turned to adoption to find her right horse. 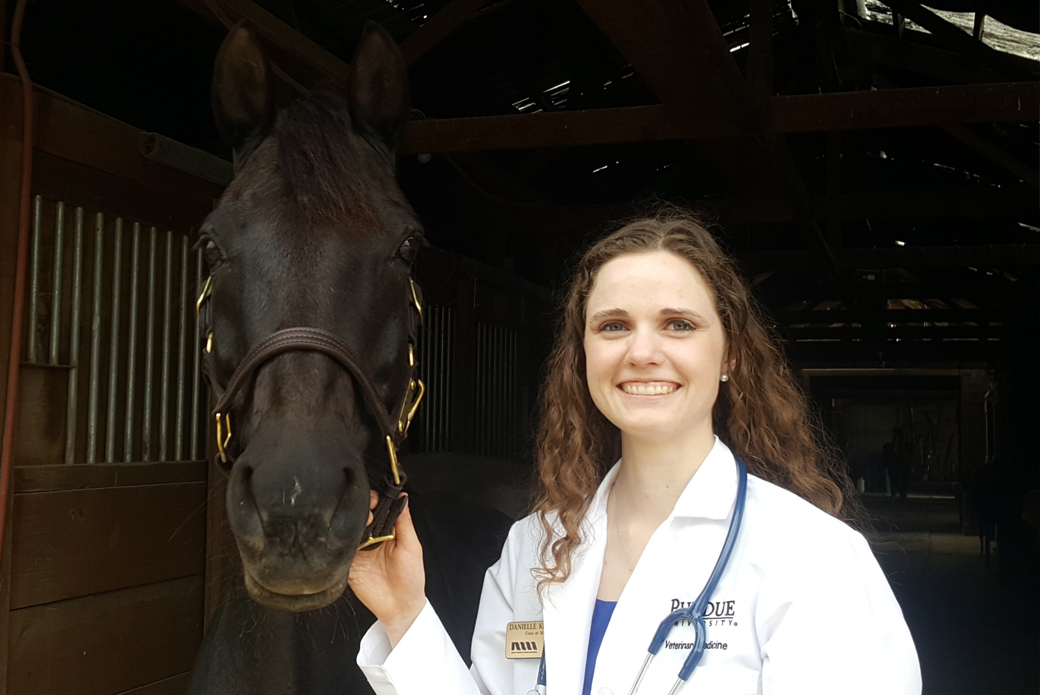 Initially, Danielle fell in love with a young, untrained gelding from the herd, only to be heartbroken when he was quickly adopted by someone else. The adoption coordinator consoled her by sharing that in her experience, when an adoption doesn’t work out, there’s a reason why. For Danielle, the reason was Ivie.

The adoption coordinator called back only a few days later about a gangly young mare who was extremely stressed in the shelter setting. She said the horse had become disinterested in her caretakers and was clearly unhappy.

“We locked eyes, and in that moment, she chose me. I walked back and forth across the length of the stall front and the mare followed me, back and forth. I had to have her,” remembers Danielle of their fateful first encounter.

Danielle’s riding instructor came out to approve Danielle’s choice, and two days later the adoption was completed and Ivie was headed home. 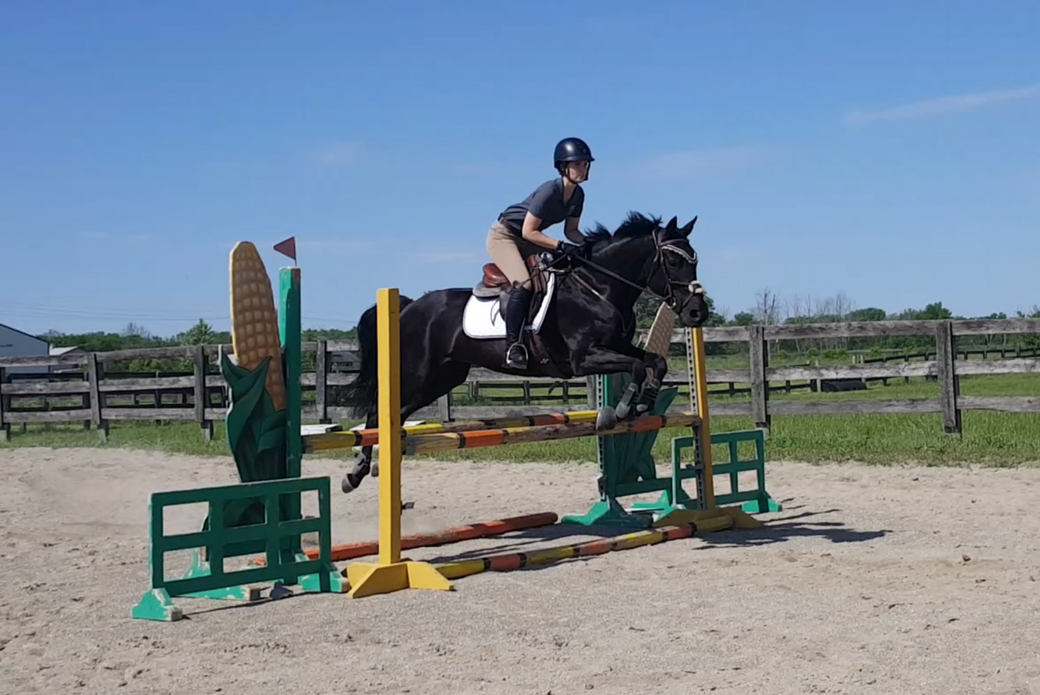 First-time horse owners typically select horses with extensive training to help show them the ropes. Ivie had very little previous training, making Danielle and Ivie an unconventional match. As Danielle began to work with Ivie and  get her accustomed to a saddle, it became clear that she had been ridden before, but minimally. They would need to start from the basics and learn together.

As the pair made progress, Ivie helped Danielle identify their future focus.

“We started teaching Ivie to jump and quickly realized it was her favorite thing to do,” shares Danielle. The trust she’d built over many months of hard work proved to be an invaluable foundation as they began tackling the challenging sport. Jumping requires impeccable communication and trust between horse and rider, and Ivie and Danielle clearly had what it takes. 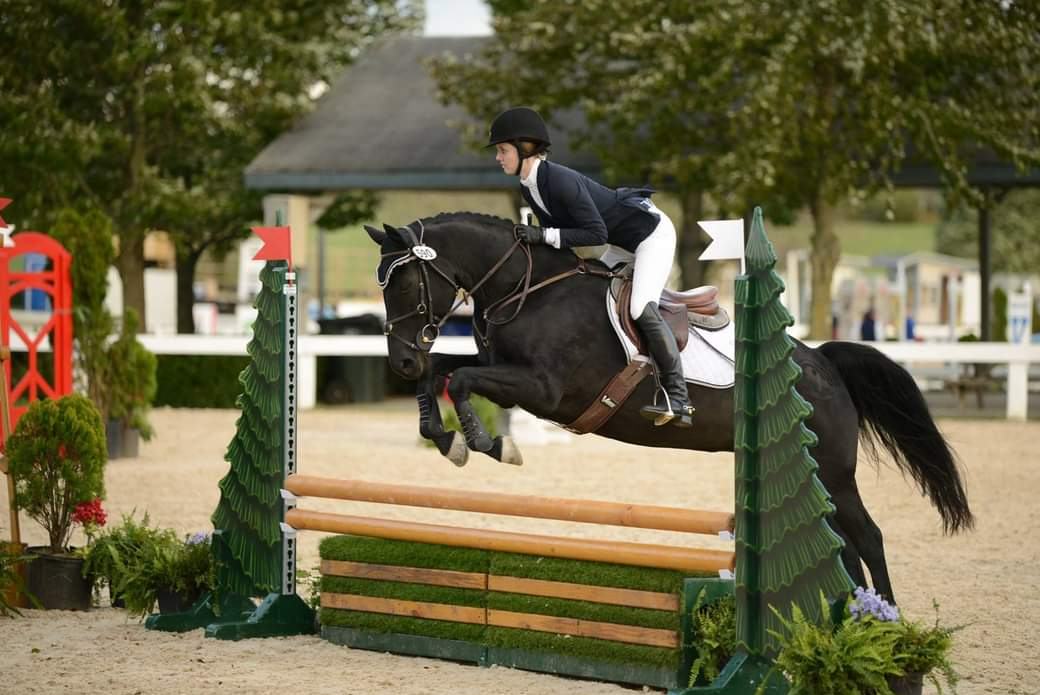 Stepping into the Spotlight

Danielle  had always dreamed of competing at a high level, but had not made it a top priority. The bond she shared with Ivie was more than fulfilling on its own, but Danielle’s coach kept encouraging her to start entering local horse shows.

Despite juggling a challenging school schedule, Danielle started showing Ivie at a limited number of shows and the pair quickly became favorites on the local show circuit. Her fellow competitors often remarked at the heart and tenacity Ivie showed, and how hard she tried for Danielle.

“While it was never about ribbons for me, my little rescue mare brought home more ribbons in one fraction of a season than I’ve ever had before in my life. She ended up with multiple top-10 year-end finishes, even though we were there less than half the season,” Danielle remembers about their first show season together. Year-end awards are given to the top performing horses in a show series and are a remarkable accomplishment. However, Ivie proved that she was only getting started. Danielle was now fully immersed in the rigors of veterinary school, but training Ivie, rather than being a distraction, helped her focus on her schoolwork and improve her GPA. Having mastered the balance, Danielle started harboring an audacious dream—to attend the most prestigious horse show for the breed, the Morgan Grand Nationals. With her team’s encouragement, a year later, Ivie and Danielle were set out for the show in Oklahoma City.

At the World Championship for the breed, many competitors come year after year for the chance to compete for top honors. It was Danielle and Ivie’s first time competing at that level, making it even more impressive when their fairytale ending came true. They won two of the three Morgan Grand National Championships in jumping, crowning them World Champions in the discipline.

“She is my sanity, my other half, my kid. I understand her on a level that I cannot adequately describe, and she has made me a better equestrian and horsewoman. She is my greatest source of pride, and just being with her can erase whatever stress I am dealing with. And I know that she will be by my side, always,” explains Danielle about her beloved adopted horse.

Now a passionate supporter of equine adoption and rescue, Danielle shares her story to inspire others. 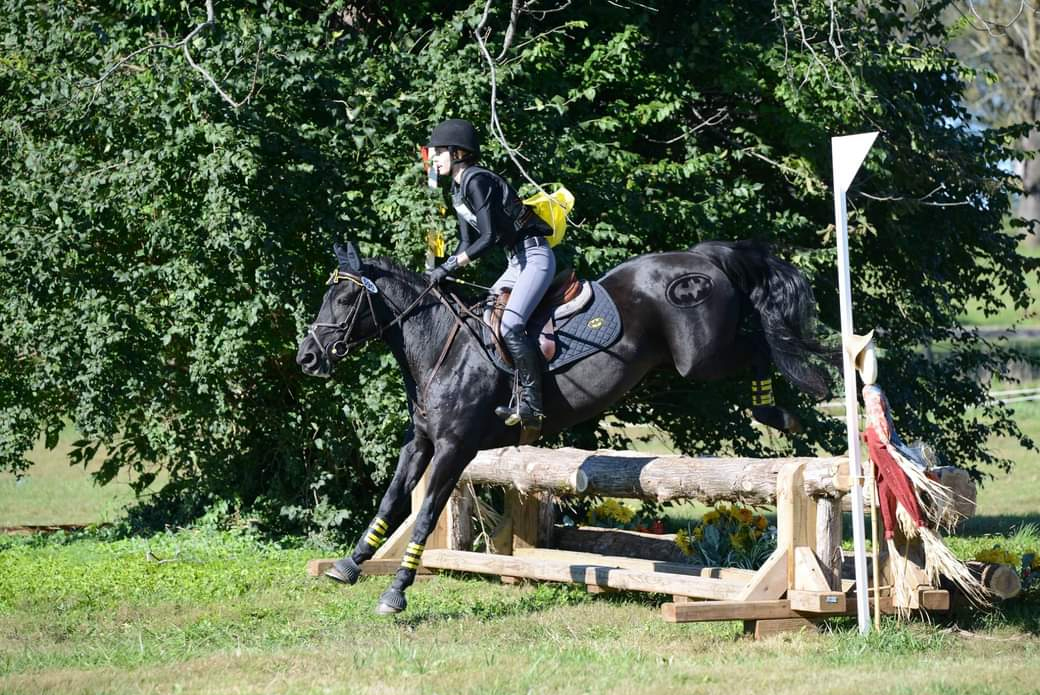 “I took a huge leap of faith when I adopted my very first horse,” says Danielle. “There are so many talented horses waiting in rescues to find the right person, and whenever people ask me about my mare, her being a rescue is one of the first things I bring up. Not because it makes her success even more exceptional, but because I think it’s important for people to realize that there are some really fabulous horses in rescues, and adoption is an avenue many people don’t consider when they start looking for a horse. I truly think that rescued horses have a different bond when it’s a match between the right horse and the right person. When you choose a rescue horse, they pay it back to you a million times over.”

Your right horse could be waiting for you! Visit myrighthorse.org to find them.