The Humane Methods of Slaughter Act (HMSA) is one of the only federal laws that outlines protections for farm animals. Violations like the recent incident in Ottumwa, Iowa, illustrate the risks inherent in slaughter systems where line speeds already run dangerously fast—jeopardizing the welfare and safety of farm animals and plant workers—and increase concerns about the USDA allowing extreme-speed slaughter systems where the lines move even faster.

The JBS* Ottumwa plant failed to properly render a pig unconscious during the stunning stage—HMSA’s foundational requirement, which decreases pain and suffering for farm animals during slaughter. As a result of this error, the pig entered a scalding tank—a tank of extremely hot water used to loosen hair from an animal’s skin—while still conscious, in violation of federal law, causing her to suffer unimaginable pain and terror.

If the stunning device is not properly applied for an adequate period of time, an animal may regain consciousness before they are slaughtered. While the meager documentation available to the public doesn’t tell the full story, it seems that insufficient stunning time could have played a role in this incident.

This most recent scalding of a conscious animal adds to the growing evidence demonstrating that plants already struggle to comply with humane slaughter and handling laws. Time constraints and pressures to keep systems moving quickly are already problematic. Now, with the COVID-19 pandemic, plants are continually failing to implement proper safety protocols, workers and inspectors are getting sick and dying, plants are short-staffed or closed, and producers are unable to move the large numbers of animals they raise to slaughter on time—resulting in “depopulation” or mass, inhumane killings of these animals.

It is obvious that the only appropriate policy is for the USDA to slow down line speeds—not speed them up or eliminate all restrictions on speed whatsoever. Slaughterhouses are facing increased pressure during the pandemic due to the inherent fractures in our underlying factory farming system. The challenges slaughterhouses are facing will only be exacerbated if the government continues to irresponsibly allow slaughterhouses to operate at breakneck-speeds—an approach that only increases the likelihood of humane slaughter violations, worker injuries and illness, and food safety violations.

You can make a big difference for farm animals by urging your U.S. senators and representative to support the Safe Line Speeds in COVID-19 Act. 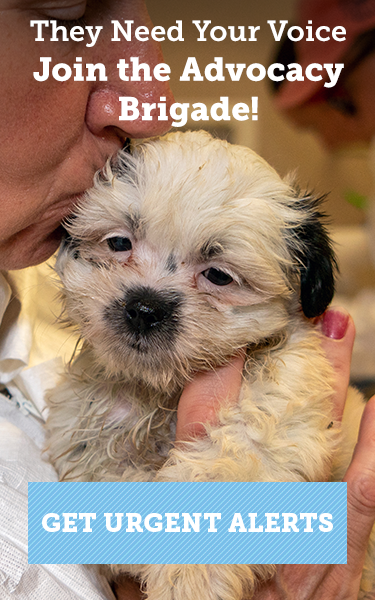