Volunteers and foster caregivers are often crucial to the care and rehabilitation of animals in our care. The dedication of these people has been highlighted now more than ever, but their patience and generosity reached animals before the COVID-19 pandemic.

Ruth H. had opened her heart and home to foster a senior dog in 2011, and in 2018 she was ready to take on that responsibility once again for another dog that needed her love—little did she know she would fall in love.

In August 2018, upon observing several matted dogs in the yard of a home, the New York City Police Department called our NYPD hotline and requested assistance in how best to help the dogs. Our Community Engagement (CE) team conducted a joint visit with the NYPD and the owner consented to the ASPCA removing several of the dogs for further medical treatment.

Five Shih Tzu-mixes were taken for treatment but due to their severe condition, an animal cruelty investigation was launched. 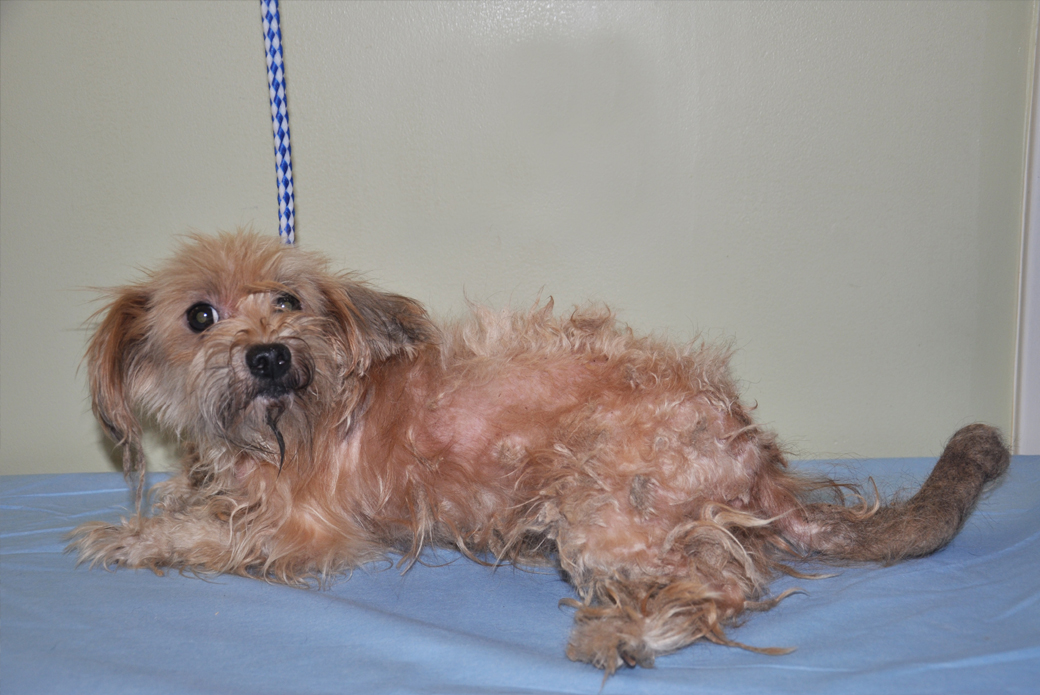 Eight-year-old Chuck was one of these five dogs brought to the ASPCA. As well as needing grooming, he was suffering from many other issues including skin allergies, ear infections and dental disease—which resulted in 21 extractions.

Beyond his physical maladies, Chuck was also mildly fearful. He was in an unfamiliar place with new faces, but with love and care he warmed up quickly and showed his sweet personality. 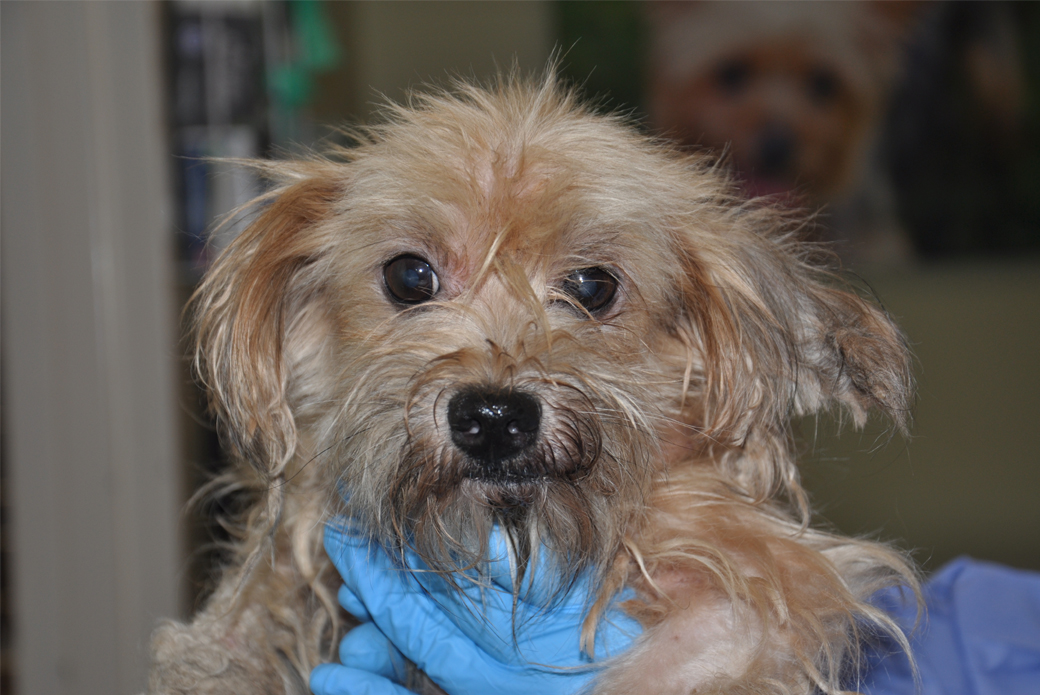 In November 2018, the NYPD was called back to the home and observed additional dogs in poor conditions. They initiated a second investigation and with the assistance of the CE team, seized the remaining dogs and brought them to the ASPCA for immediate medical treatment.

While both criminal cases were pending, Chuck and the other animals were moved to foster homes.

Ruth was excited to take care of Chuck. He had multiple beds to choose from and she knitted him a variety of sweaters to keep him cozy during the winter months. 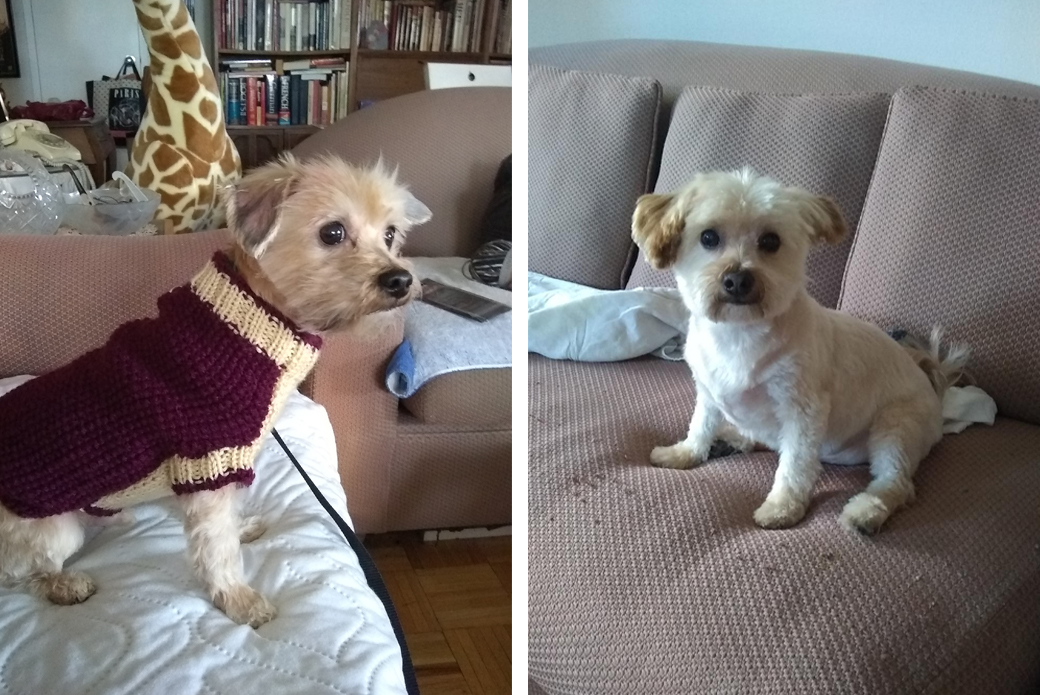 Chuck struggled in his foster home to begin with. He stayed in his crate where he felt safe. Eventually, he did begin to venture out around Ruth’s home, but Chuck was clearly not house-trained. Innocent-looking Chuck even caused mischief by shredding a chair and urinating on it.

Ruth remained incredibly patient as Chuck learned what life was like as a beloved pet.

Chuck and Ruth visited the ASPCA on several occasions for check-ups and medical treatment and staff were always happy to see his progress!

In December 2019, the criminal cases were resolved. Chuck’s previous owner pled guilty to two counts of inappropriate shelter for dogs. As part of his plea, he surrendered all dogs that were remaining in the ASPCA’s care. He further agreed to pay an $2,000 in restitution to the ASPCA and he will be prohibited from owning any animals for a period of five years.

Now that Chuck and his friends had been surrendered by their previous owner, they could move on and be adopted into loving homes.

Ruth knew that after over a year of bonding, Chuck had been in his new home all that time. She made the adoption official and renamed him Sheldon. 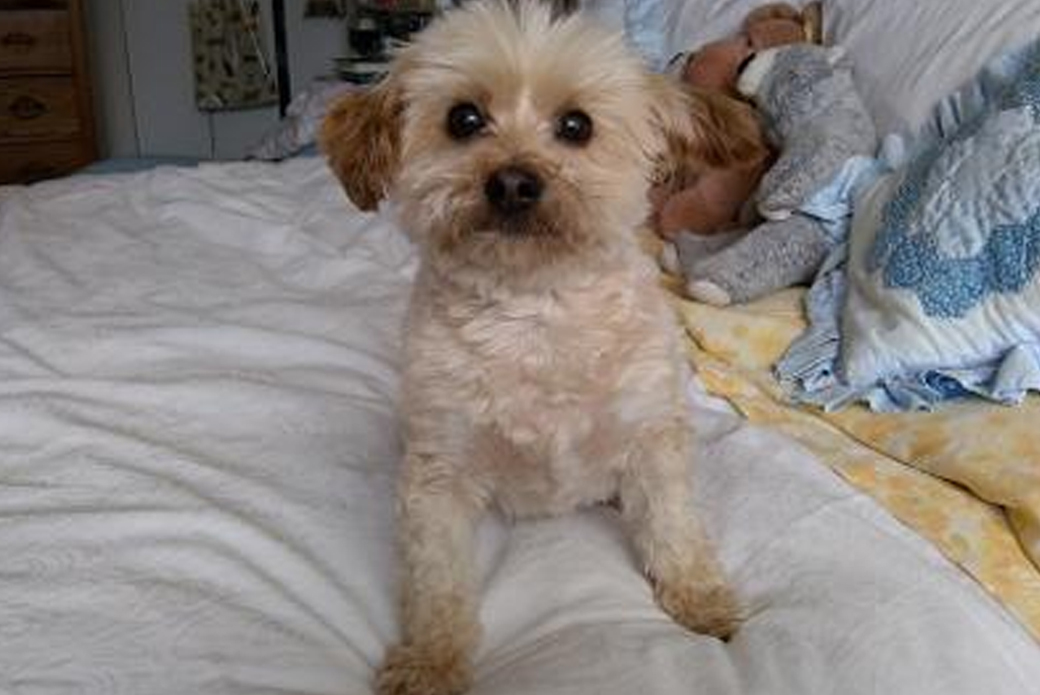 “I fell in love with Sheldon the first minute I saw him,” admits Ruth.

“He continues to be the love of my life and a sweet companion in these trying times,” Ruth tells us. “He raises the cuteness quotient wherever he is.”