We expect that today, February 14, Congress will finally pass an omnibus appropriations bill to fully fund the federal government through September 30, 2019. The great news is that this bill includes important protections for animals, including domestic and wild horses, dogs, and farm animals.

For years, the only thing keeping U.S. horse slaughterhouses closed has been a provision in the annual spending bill that prevents the USDA from funding horse meat inspections. The current omnibus bill reinstates this provision, once again respecting the will of the American people. We also are hopeful that Congress will pass the Safeguard American Food Exports (SAFE) Act this session and ban horse slaughter permanently, making the annual appropriations effort unnecessary.

The omnibus bill also makes progress by establishing the need for a long-term, humane management plan for our federally protected wild horses and burros. The bill makes clear that lethal management of wild horses and burros is off the table with protective language preventing sale to slaughter and killing these animals as a means of population control. It simultaneously requires the Bureau of Land Management (BLM) to improve its wild horse and burro management plan to ensure that these majestic animals are treated humanely and managed effectively.

In addition to protecting horses, the spending deal adopts language from a House Committee Report that directs the USDA to restore a functional public database of animal welfare inspection reports for puppy mills (and other facilities licensed under the Animal Welfare Act), as well as inspection reports under the Horse Protection Act. This keeps the pressure on the USDA to improve transparency for enforcement of these important animal welfare laws.

The statement that accompanies the spending bill also includes strong language directing the USDA’s Agricultural Research Service (ARS) to prepare a comprehensive report of all animal welfare violations that have occurred at ARS research facilities. These facilities use taxpayer dollars to conduct experiments on farm animals with the goal of increasing yields in meat, milk and eggs, but its dramatic welfare problems have raised serious concerns regarding the future of such spending. A provision in an earlier spending bill directed ARS to prepare quarterly reports with this information. Congress rightfully grew suspicious when those reports did not contain a single negative finding, despite evidence of numerous violations.

These victories for animals signal that Congress is listening to the millions of Americans who passionately oppose animal cruelty—especially when it’s carried out or funded by the government. We commend Congress for including these important provisions in the final bill, and we wholeheartedly thank all the ASPCA supporters who raised their voices to help secure these victories. Please join the ASPCA Advocacy Brigade to get involved and be a voice for vulnerable animals. Together, we can bring change for animals at all levels of government. 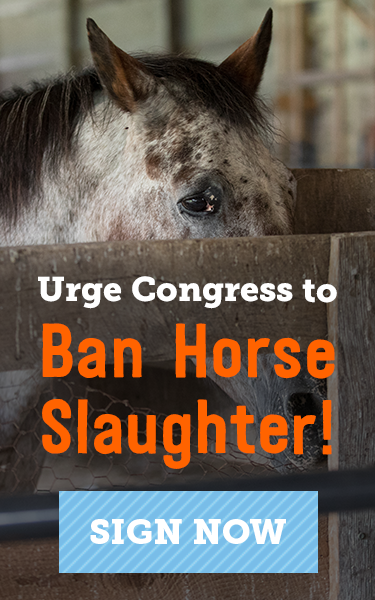