New York City Police (NYPD) Commissioner William Bratton joined the ASPCA in highlighting the importance of pet adoption by inviting a special canine to join him on the job for Take Your Dog to Work Day.

Zaza, a two-year-old pit bull mix, joined Commissioner Bratton during his Friday morning routine, which included a promotion ceremony and press conference at One Police Plaza.

Zaza was one of two dogs rescued by officers from Brooklyn’s 63rd Precinct in April 2016. She was bone-thin when police discovered her living in filthy conditions with another underweight, female pit bull mix. At the ASPCA Animal Hospital, Zaza was treated for an infection in both ears that caused severe swelling and a skin infection between her toes. After months of treatment, she was finally ready for a loving home—and following her big day on the job, she was officially adopted!

“Today’s visit from Zaza highlights the success of the NYPD’s partnership with the ASPCA that has been proven by the countless animals saved throughout New York City,” said Police Commissioner Bratton. 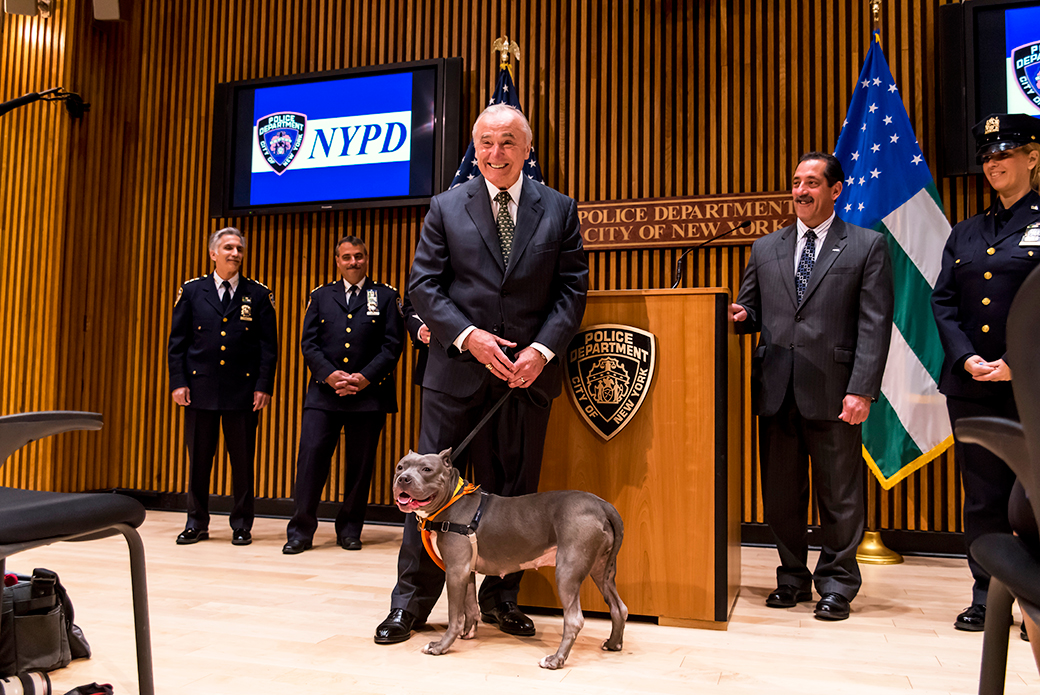 Now in its third year, the NYPD/ASPCA partnership continues to have a considerable positive impact for New York City’s vulnerable animals. Since the partnership launched citywide in January 2014, there have been triple-digit increases in arrests and animals treated.

“The NYPD/ASPCA partnership has saved hundreds of animal victims from suffering in silence,” added Howard Lawrence, Vice President of ASPCA Humane Law Enforcement. “It is incredibly important that New Yorkers continue to report animal cruelty and open their hearts and homes to cruelty survivors, like Zaza, who deserve a second chance for a loving, stable home.”

If you are interested in adopting a pet of your own, please visit the ASPCA Adoption Center or a local shelter near you. 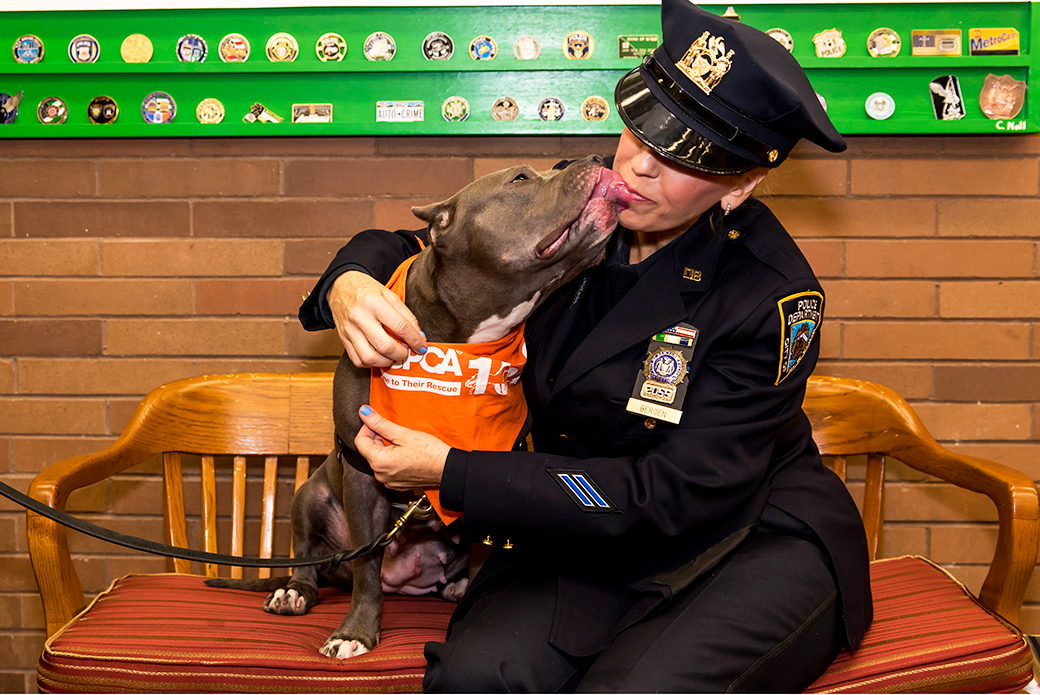