ASPCA Happy Tails: Something to Wag About

After recovering from trauma, the one thing animal victims of cruelty need most is a stable, loving home. For them, the opportunity to thrive in a safe environment can be incredibly healing—and sometimes, their healing is a two way street. In the case of Poncho the Chihuahua and his new adopter, Lauren, their newfound companionship helped both of them overcome heartbreak and find new joy. Here is their story. 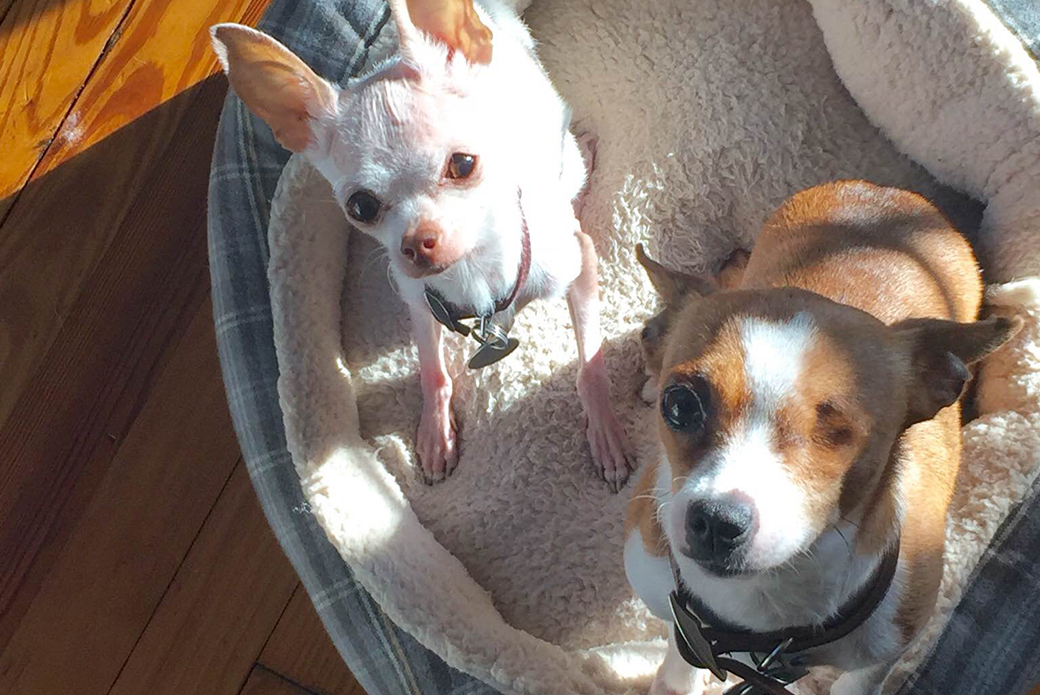 Last November, the NYPD rescued five-year-old Poncho from a tragic situation of abuse. At the ASPCA Animal Hospital, it became clear that some of the trauma he had suffered was irreparable, and our veterinarians had to remove his left eye surgically. As he recovered we learned more about the 8-lb. pup, like the fact that he was quite shy and preferred to stick close to his friends. We knew that after all he had been through, Poncho deserved nothing more than a home to call his own.

While all of this was happening, Lauren T. of Westchester County, New York, was doing some recovering of her own. In 2013, she had adopted a dog, Norman, who turned out to be really sick. “He had such a zest for life,” she recalls, but one night, she came home and he was having trouble breathing. A trip to the emergency vet revealed a tumor, lung torsion and fluid build-up. “It had turned out he was a really sick little boy, too sick to save unfortunately, but you would never have known there was anything wrong until the very end,” she says with tears in her eyes. “He was that kind of happy dog.”

After losing Norman, Lauren knew that she wanted to rescue another dog. In fact, she and her husband, Tony, had recently moved to a house with a large yard, in which they had cleared out a lot of space for Norman to run. “We felt like we had to give that opportunity to another dog,” she recalls. 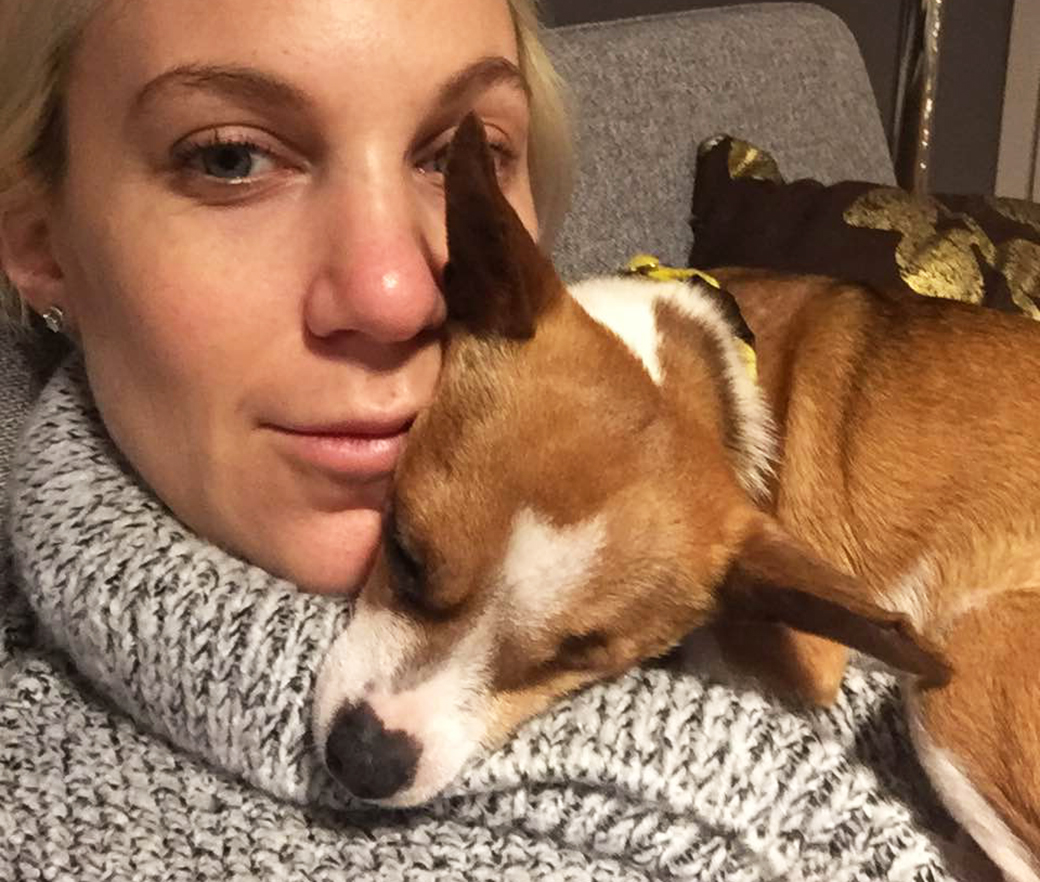 On a trip to the ASPCA Adoption Center with her brother, Adam, Lauren spotted Poncho. She says, “As we toured, I locked eyes—‘eye’—with him through the glass and he crouched down on the ground, tail wagging, just as sweet as could be.” We filled Lauren in on Poncho’s backstory, and she was convinced that he was the right dog. She raced back to Westchester to get Tony and her 11-year-old dog, Daisy, so they could all meet the precious pooch. After a happy gathering, they made the adoption official and changed Poncho’s name to Diego. 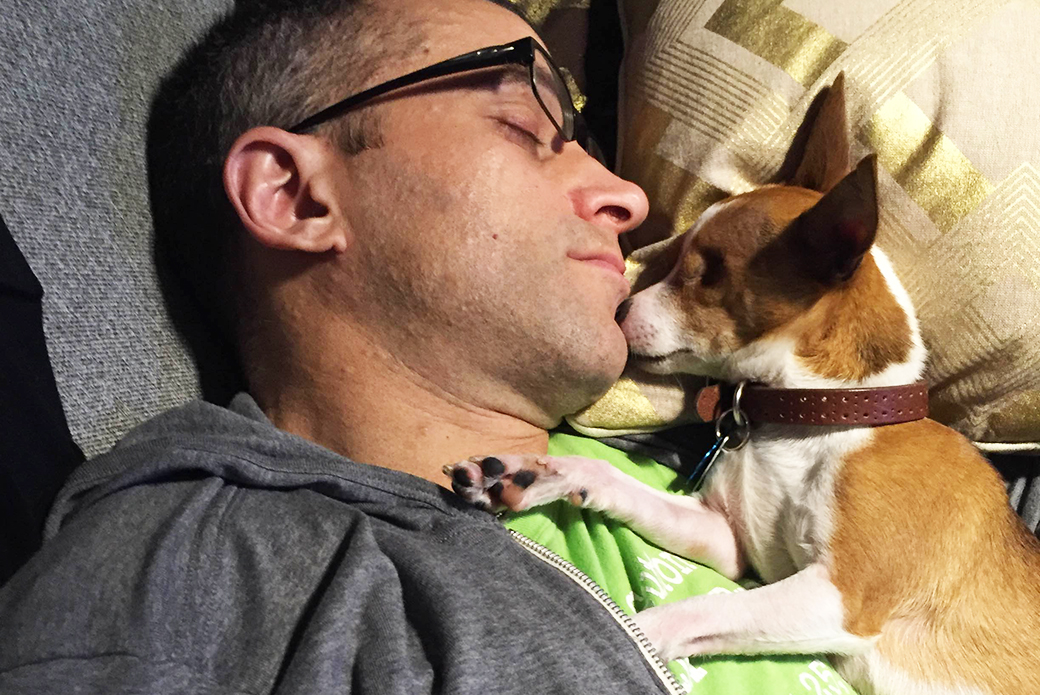 In the months that followed, Diego’s life has become more wonderful than he likely ever could have imagined. The once-abused pup now loves his new house and his new life. Lauren says, “He loves to sit on our chests while we watch TV, kissing our faces and totally blocking our view. He also loves running as fast as he can outside and chasing birds and squirrels he has no chance of catching.” Diego also likes to sleep under the covers in Lauren and Tony’s bed. “Whenever I can’t find him, I know that’s where to look!” she laughs.

As for Norman, Lauren says, “We had him cremated and keep his ashes on a shelf in the new house so that he, in whatever spiritual fashion, can enjoy the space and country a little bit too.” Though his passing was a heartbreaking experience, it paved the way for Diego to join the family and put his own sad past behind him. Now his life is pure joy. “Diego does not just wag his tail when he's happy—which is most of the time,” Lauren says with a smile. “He wags the whole back half of his body. It all wags!”

We are so happy that after a lifetime of suffering, this resilient dog has found so much to wag about.