Sometimes, it takes a village to save a life.

In New York City, multiple organizations—including the ASPCA, the NYPD and Animal Care Centers (ACC) of NYC—teamed up to ensure that a six-month-old kitten named Chandler got a fair shot at a second chance.

The fluffy, gray kitten was discovered clinging to life on Rockaway Beach in late February. NYPD officers responded to a call about an injured cat and took Chandler to a nearby veterinarian for an initial exam and then to ACC of NYC in Brooklyn, the second stop on his 37-day journey to a new life. 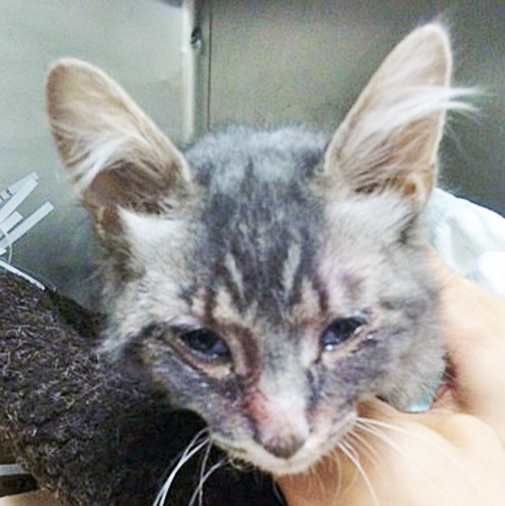 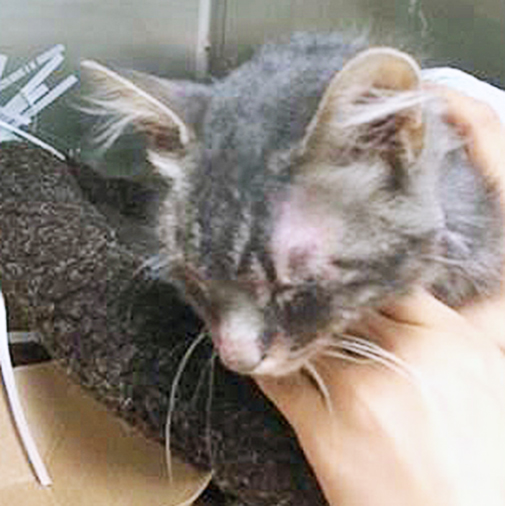 Chandler after his rescue. Courtesy of ACC of NYC.

An ACC veterinarian determined that Chandler needed hospitalization and life-saving care, so in stepped Stephen Valentin, supervisor of ACC’s New Hope program. The New Hope team, with support from the Alliance for NYC’s Animals’ Wheels of Hope program, places about 15,000 homeless pets each year with 300 dedicated animal rescue organizations that eventually find the animals homes. These organizations include the ASPCA, which took in nearly 2,500 animals from ACC in 2015.

Stephen recalls seeing Chandler for the first time: “He was lethargic, with dried blood and sand around his nose; I felt really badly for him.” Stephen contacted ASPCA staff who agreed to take in the compromised cat the following day. Stephen drove Chandler to ACC’s Manhattan location and the next morning, with help from ACC’s Joe Dipalo and Ryan Denmark, he was transferred to the ASPCA Animal Hospital.

Upon arrival, Chandler weighed just three lbs. and “was dehydrated, dull, and depressed,” reports Dr. Danielle Delfino, an ASPCA veterinarian who oversaw his treatment. “We suspected head trauma and gave him a lot of supportive care.” Chandler remained in the ASPCA’s Intensive Care Unit for nearly a week. He was treated with antibiotics, pain medication and fluids. “As he began to feel better, he came out of his shell,” adds Dr. Delfino. 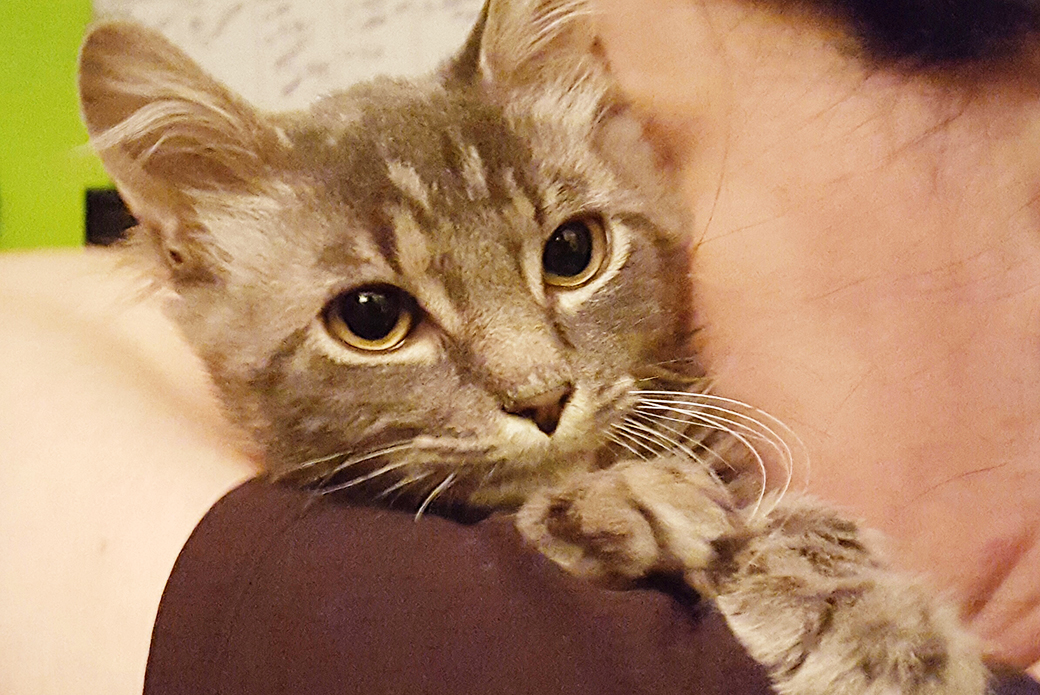 Chandler in his foster home.

Chandler’s next stop: a foster home with DonnaMarie SanSevero, an ASPCA volunteer. “He was different from our other fosters,” recalls DonnaMarie, who, along with her husband, has fostered nearly 100 animals—specializing in under-socialized and near-feral cats and kittens—over the past seven years. “He didn't have a knee-jerk reaction to loud noises,” DonnaMarie explains. “While other cats would hide under the bed every time the garbage truck came rumbling by, Chandler would peek out the window to see what was causing the ruckus.” They nicknamed Chandler “The Dude,” “Lil’ Dude” and “Little Lebowski” for his “too cool” personality.

DonnaMarie introduced Chandler to a former co-worker, Eleonora “Ellie” Kostadinova, a financial case manager who lives in Queens. On April 4, she and her boyfriend, Chris Kuntsman, adopted Chandler and renamed him Ethan. 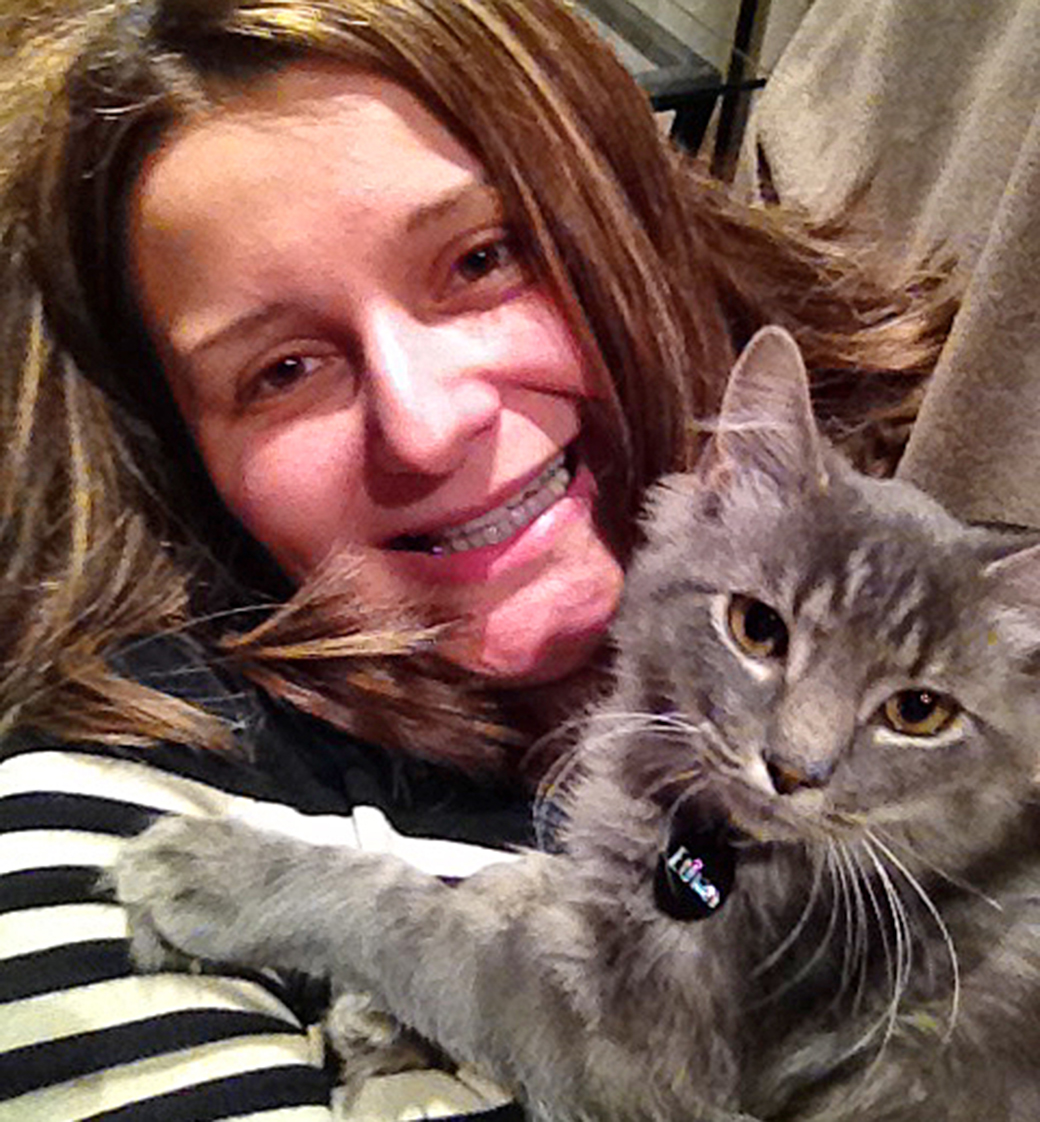 Ethan in his new home.