Have you ever heard someone describe a major change as “the difference between night and day”? For most people, it’s just an expression, but for a two-year-old pit bull named Little, it was reality. You see, last summer, Little and another dog, Big, were found chained up in a dark basement with no access to food or water. It was a heartbreaking situation, but thankfully, the dogs were rescued by the NYPD just in time. Now, nearly one year later, Little’s life has gone from pitch-black to bright, sweet and full of love. We are thrilled to share her Happy Tail with you today.

When Little was discovered in a basement in Brooklyn, New York, she was so emaciated that her bones were sticking out. Her coat was covered in urine and feces and she couldn’t walk. What’s worse, the basement had been so dark—and Little’s life so isolated—that the sweet dog was terrified of many sights, sounds and movements. Over the next several months, staff at the ASPCA Animal Hospital helped nurse Little back to health, and by December, her weight was up to 47 lbs. and her coat was shiny and healthy. ASPCA Foster and Placement Coordinator Dara Ruiz said that despite all she had been through, Little’s preferred pastime was, “cuddling with her favorite humans.” We knew that she was ready for a stable, loving home, and fortunately, it wasn’t long before Julia K. walked through our doors. 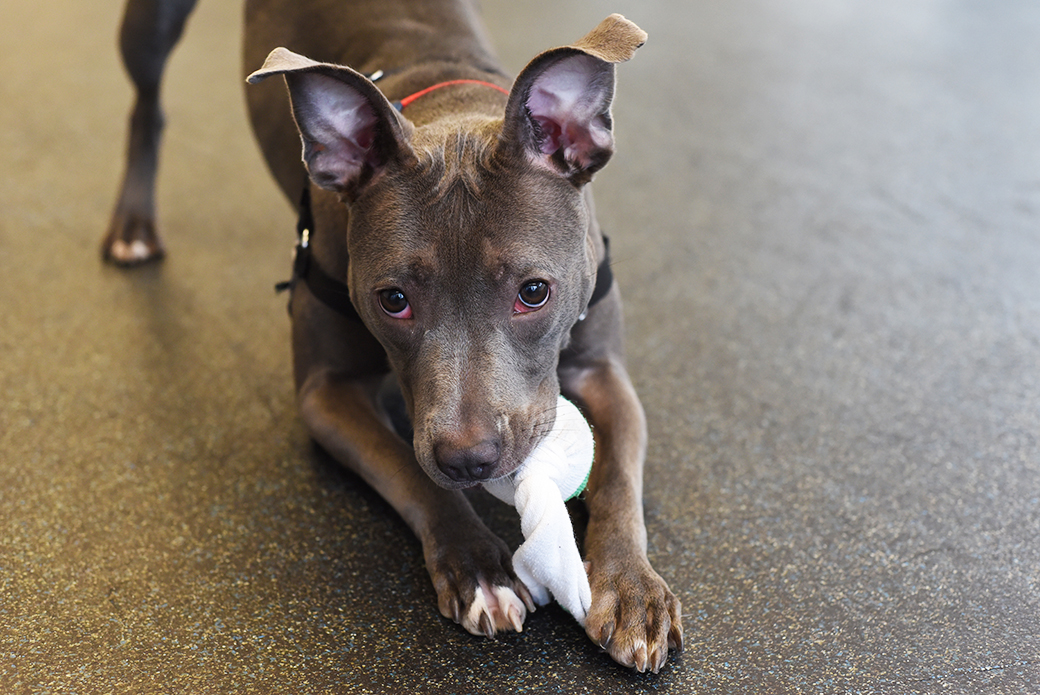 Julia grew up with dogs and has a particular soft spot for pit bulls. She lives in New Jersey, but her families are in Seattle and in Asia, so she was looking for a companion—“the right dog to share my life with,” she said. She met Little on her first ever visit to the ASPCA Adoption Center, and she knew instantly that they were meant to be. On December 13, Julia adopted Little and changed her name to Weela. 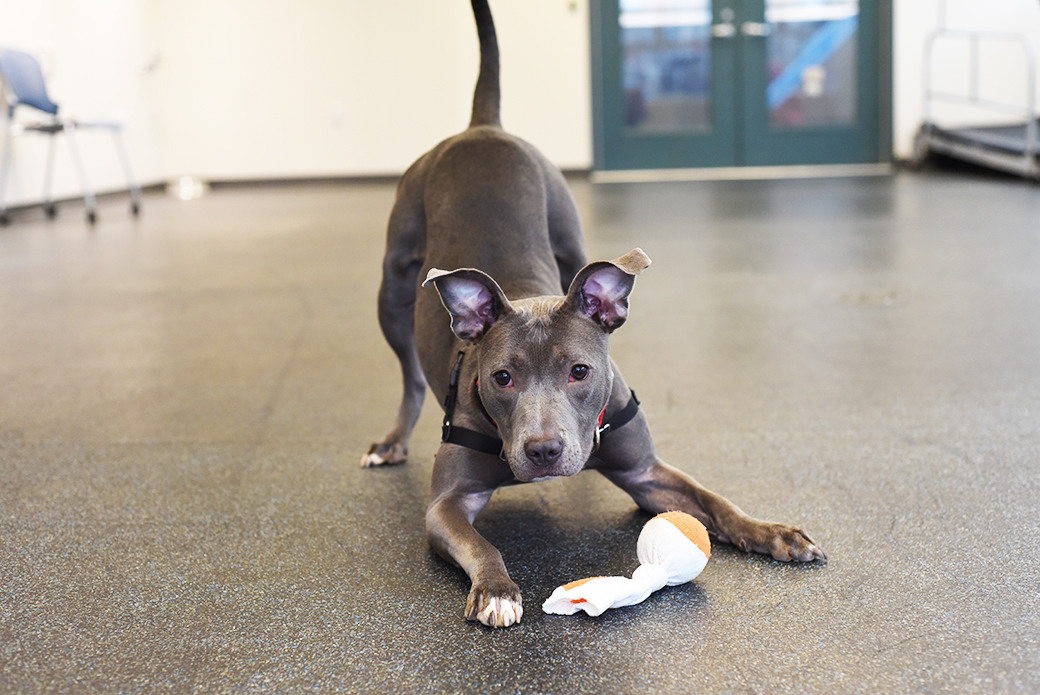 Over the next few months, Weela’s life changed in ways we are sure that she never could have imagined: gone was the fear, gone was the darkness and gone was the sorrow. “Weela has adjusted to my home very excellently,” Julia beams. “We run together every day and play hide and seek. She doesn’t bark, she doesn’t chew anything—I can see how happy and comfortable she feels with me because she wants to be with me every single minute.” Julia works from home, so she and Weela spend most of their time together. Weela also loves to play games like “Catch Me If You Can” in the living room. Julia whistles and Weela comes bounding in with her ears straight up. “She makes me feel like a kid,” she says. “I love her dearly and I can’t think of living without her.” 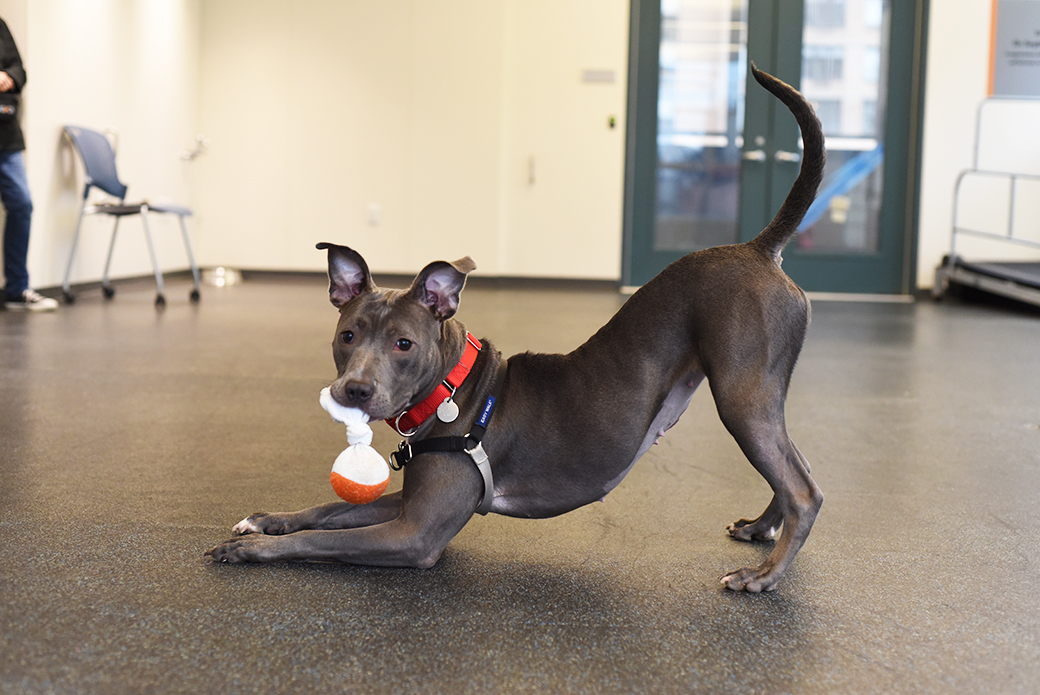 It is a very happy ending to a tragic story, and we can only imagine the joy Weela must feel in her new life. Big also went on to find a loving home, and the abuser in the case was charged with overdriving, injuring and torturing animals.

Julia tells us that her primary goal with Weela is “to love her as much as I can,” adding, “I feel like Weela is returning my favor.” After years in the darkness, we are so happy that this special dog is finally getting the chance to live a sunny life. Congratulations, Weela!