Every year, thousands of young and healthy Greyhound dogs are killed merely because they lack winning potential, were injured while racing or are no longer competitive. While racing has declined sharply in recent years as people have become more aware of the horrors associated with this sport, there are still tracks operating in the U.S.

Racing Greyhounds routinely experience terrible injuries on the track such as broken legs, cardiac arrest, spinal cord paralysis and broken necks. They suffer off the track as well: Dogs caught up in this cruel industry spend most of their lives stacked in warehouse-style kennels for 20 or more hours a day, or are kept outdoors in dirt pens with minimal shelter. Most enclosures are not heated or air-conditioned. Many dogs suffer from fleas, ticks and internal parasites and are not provided basic veterinary care, human affection, or adequate sustenance.

While Greyhounds may live 13 or more years, they are usually 18 months to 5 years old when they are retired from racing because they are either deemed unfit to race after an injury or no longer fast enough to be profitable. While some of these dogs are sent to rescue groups, others are simply killed or returned to breeding facilities to serve as breeding stock.

While this is enough for most states to turn their back on the ugly practice, unfortunately Greyhound racing tracks still operate in four states: Arkansas, Iowa, Texas and West Virginia. Prior to 2021, Florida was the nation's hub of dog racing, with more active tracks (6) than all other states combined. But on November 6, 2018, the state's voters passed Amendment 13 to end Greyhound racing in the state. The measure passed with an overwhelming 69% of the vote and phased out racing by the end of 2020, making Florida the 41st state to ban the cruel practice. In fall 2019, Arkansas’s one active track agreed to stop operating by the end of 2022.

Greyhound racing attendance is dwindling nationwide as states pass laws ending or phasing out the sport and the public chooses not to participate in this cruel enterprise. Part of the decline of Greyhound racing can be attributed to the dramatic loss in profits—gaming facilities are losing money on these races, and state governments often wind up having to spend more to regulate the sport than they get back in revenue. Over the past decade, gambling on dog racing and Greyhound breeding has declined by 66% and 57%, respectively.

In February 2015, Greyhound advocacy group GREY2K USA and the ASPCA released the first-ever national report on Greyhound racing in the United States chronicling the thousands of Greyhound injuries and hundreds of Greyhound deaths in the seven states where tracks still operated at that time. The report, titled “High Stakes,” was mailed to state lawmakers and opinion leaders to urge them to bring an end to this inherently cruel “sport.” Some key findings from 2008-2015 include:

It’s bewildering that routine cruelty leading to the frequent deaths of dogs is considered a reasonable consequence of a legal sport. That it still happens is a national shame, and whether by market pressures or the power of our voices, it must end. 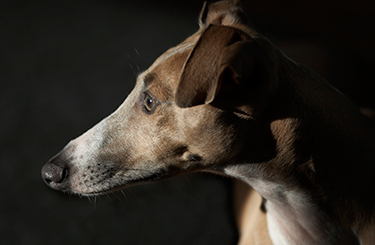